In A Red Funk

A pre-emptive flight of Bengal’s bureaucracy 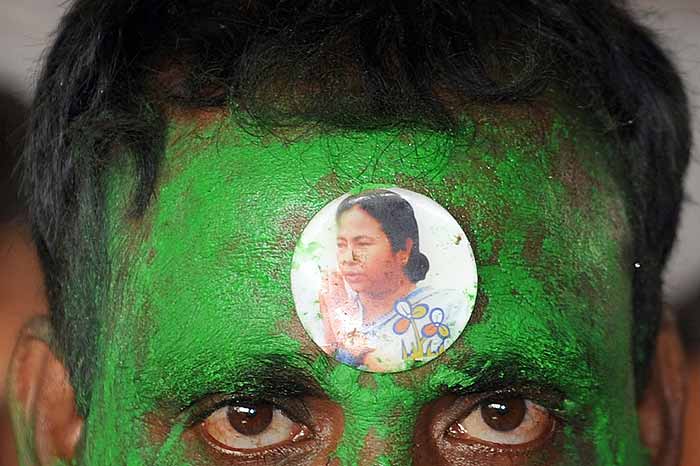 Exodus Of The Babus...

The proverbial rats are abandoning the sinking ship. As the assembly elections draw nearer and it seems increasingly clear that there will be a change of power after 34 years of Left rule in West Bengal, the state’s bureaucrats are in a state of uncertainty about what the new order would mean for them. A top IPS officer revealed to Outlook that many bureaucrats who have not worked with any other government than the Communists and had over the years virtually become “agents” of the Left Front government are nervous about a possible backlash from the Trinamool Congress (TMC), the party expected to form the next government.

Among those who have made a pre-emptive exit for Delhi are A.K. Chandra, chairman, Calcutta Port Trust; Arun Bal, tourism secretary; Pawan Agarwal, cooperatives secretary; and IPS officer Praveen Kumar. Subesh Das, secretary to the chief minister, has reportedly already been granted the requisite transfer order, but is yet to get placement in Delhi. Sources also revealed to Outlook that Sabyasachi Sen, an IAS officer who was formerly chairman of the West Bengal Industrial Development Corporation and currently the comptroller of land and revenue department, was said to have sought a transfer order but has not yet received it. One IAS officer told Outlook that “senior officers, especially IAS and IPS officers, are contacting people in Delhi for deputation in the central government”.

Confirming that the Left Front and the state bureaucracy have been hand-in-glove all these years, Debabrata Bandyopadhyay, an IAS officer and former finance secretary, told Outlook that “this is an open secret”. To give an example of how the state government determined bureaucrats’ work, Bandyopadhyay claimed that “72 per cent of FIRs filed by the police in West Bengal since 1977 have been done at the behest of the CPI(M)”. According to him, “Everyone knows that civil servants are supposed to be neutral, but the reality on the ground, since ’77, has been that if you rejected political interference you would be ticked off.” The civil servants who made the best of this and cosied up to the Left are jittery about the kind of punitive action that would be meted out to them if the CPI(M) is no longer in power. Which is why they are trying to get a transfer to Delhi or some other location where they will be “safe”.

Political observers point out that while it is not unusual for civil servants who have worked with one government to be transferred or replaced by a new one, what makes the situation of Bengal’s bureaucrats more daunting is that they have grown deep roots in the system for 33 long years. Says Bandyopadhyay: “Most of those who are afraid of the imminent change in government belong to the generation of civil servants who either willingly or inadvertently associated themselves with the CPI(M), or were compelled to join the party rather than face the adverse consequences of remaining politically neutral.”

Not surprisingly, there appears also to be a rush among civil servants to pledge loyalty to the TMC. A group of IPS officers recently met TMC MP Mukul Roy in New Delhi. A number of former IAS and IPS officers have even joined the TMC and are considered party activists. They include Abani Joardar, Dipak Ghosh, Hyder Aziz and Rachpal Singh—all former IPS officers. When contacted by Outlook, a TMC spokesperson breathed retribution: “There will only be punitive action against those civil servants who did not carry out their duties impartially and committed crimes against the people.” Sounds clear enough.