In A Pendulous State

In this magisterial account, Jaffrelot privileges thematology over chronology to examine Pakistan’s maladies, its resilience and the roots of its conflicted nationhood. 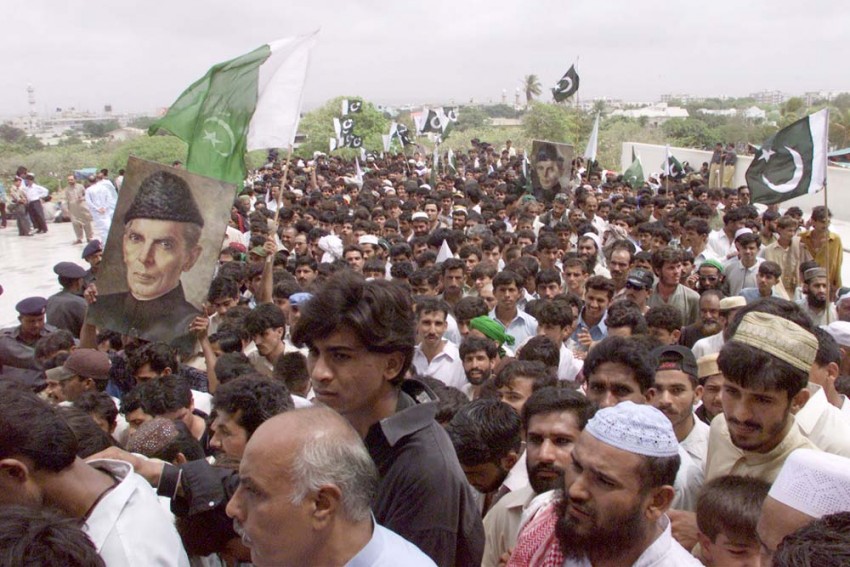 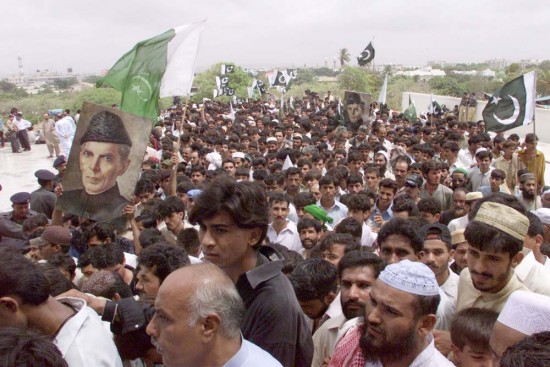 As Christophe Jaffrelot pointed out at the release of his book, books about Pakistan have become something of a cottage industry. Most of them, moreover, paint a doomsday picture of the state as moving rapidly from chaos to collapse.

What distinguishes this work from other commentaries on the country is its magisterial completeness. It is at once an Encyclopaedia Pakistannica, a compre­h­en­sive textbook, a penetrating historiographical exegesis, an insightful sociological study, and a profoundly multi-disciplinary examination of a hugely complex polity. The unique feature of this work is that instead of reciting the story in chronological order, the author exp­lores the country’s history through the­mes that unveil the relevant facts, dates and all, but woven around the ideas and ideologies that are explored.

Above all, what stands out is that while pointing to the obvious—the ‘instability’ of Pakistan—it rescues this view from the humdrum by underlining the astonishing ‘resilience’ of the nation. For every destructive force that captures attention, there is a constructive countervailing force that escapes the attention of all but the hagiographers who see good in eve­rything. What Jaffrelot explains is how a nation faced with as many existential cha­llenges and contradictions as Pakistan faces continues to survive, even thr­­ive, by invoking an inner resilience that escapes most other students of Pakistan. It emerges that almost any observation about Pakistan is counterbalanced by other, and equally valid, observations.

This dualism is explored through a ser­ies of questions: ‘Nationalism without a Nation?’; ‘Neither Democracy nor Autocracy?’; ‘Islam: Territorial Ideology or Pol­itical Religion?’—the titles of the three parts in which the study is divided, with sub-questions to the theme explored in chapters under each part. The ‘conclusion’, in eight short pages, is the best review the book could ever receive!

My own experience of Karachi as India’s first consul-general in the city (1978-82) is reflected in Jaffrelot’s tho­ught-provoking response to these profound questions. I was there in the aftermath of the vivisection of Pakistan, at the height of the Zia regime and in the middle of the hanging of Zulfiqar Ali Bhutto. Virtually every Pakistani I met was sceptical of the Pakistan experiment, but was fiercely loyal to their country. Thus, when I ran into one Pakistani politician who spent most of the time I was there under detention or in jail for opposing the Zia regime, at a time when rumours were abounding (as they often did) about India being on the edge of invading Pakistan, he sternly warned me, “I hate the bas­tard (Zia), but if you guys come in, I will leap to the defence of my country”. That is where the country’s resilience lay. They were not sure ‘why Pakistan?’, but they do know that as their country, it is to be defended with might and main.

One Pakistani warned me: “I hate the bastard (Zia), but if you guys come in, I will leap to the defence of my country.”

Jaffrelot sees the problem of Pakistani ‘nationhood’ as lying in the very origins of the nation, the deep pre-Partition differences in perceptions of their future bet­ween the ‘majority Muslims’ (that is, of those provinces where Muslims were in any case in a majority) and the ‘minor­ity Muslims’, those who were destined to live among a majority of Hindus once independence came. Even among the lat­ter, the Pakistan movement was led by the landed Muslim elite as much out of apprehension at the Congress’s pledge to land reforms and the abolition of zami­ndari as by any threat to Islam. The economic interest of a powerful few was wid­ened into a mass movement by the call of ‘Islam in danger’, but the feudal nature of the Muslim leadership ensured that Pakistan would tend away from democracy tow­ards authoritarian forms of governance. Moreover, while dedication to Islam was the least of the concerns of Jinnah and his senior colleagues, the invocation of Islam at the heart of the Pakistan movement meant that whether Pakistan was to be a modern, secular, plu­­ral, democr­atic state, as Jinnah apparently intended, or slip into quasi-theocratic mode, remained at the heart of the contestation over nation-building.

“The idea of Pakistan,” writes Jaffrelot, “was primarily conceived by an Urdu-­speaking upper-caste (note: ‘caste’ not ‘class’!) elite group facing social decline.” Which is why when I retire I plan to write a book suggesting that the genesis of Pakistan is not to be found in the 1940 Lahore resolution as much as in the 1931 Karachi Congress that pledged the freedom movement to ‘socialism’, ‘land refo­rms’ and the end of feudalism. Taluqdars with humongous land holdings, like Lia­quat Ali Khan and Mohammed Ayub Khu­hro, rushed to London to beg the self-exiled Jinnah to return to lead them back to untold riches and sustained socio-­political dominance. Their class became a Jurassic park in Nehru’s India, but in Pakistan “it is the interests of the same class”, numbered at just 2,000 families, “that is protected”, whether it is the army or the civilians who are in power.

This also explains at a fundamental soc­iological level the popularity of the jeh­adis. “Due to their social embeddedness”, says Jaffrelot, their “social welfare strategy” has enabled them “to resort to a revolutionary rhetoric”, “giving clerics a status and a room for manoeuvre aga­inst the ruling elite that they had never before enjoyed”. (If you’ve asked yourself how a French academic knows so much about Pakistan, perhaps the explanation is that jehadis are to Pakistan what Jacobin Terror was to the French Revolution!) Thus, “the dominants of yesteryear—the khans and the maliks—protes­ted against losing their powers of law enf­orcement and justice” to “religious leaders...commanding immense influe­nce with local state functionaries”, facilitating “social ascension in a society that was highly inegalitarian”. Which is what explains why the Indian attempt to dise­n­­tangle Hafiz Saeed’s terrorist group, the Lashkar-e-Toiba, from his soc­ially bene­volent Jama’at-ud-Dawa faces resista­nce in Pakistan at all echelons of society.

And, finally, he explains the increasing role of religion in the evolution of Pakistan’s nationhood as arising not from any want of liberalism in the thinking and value systems of the politically influential intellectual middle-class but as the outcome of Bhutto’s ‘populist ideology’ associating ‘socialism’ with ‘Islam’ and Zia using “religion to legitimise his power”. My own impression of the Zia years—I actually lived in Pakistan when he declared the Nizam-e-Mustafa on the first of Rabi ul-Awwal—was that while it is Islam that unites Pakistan, it is Islamisation that divides it, for as soon as Islamisation is valorised, the immediate question that arises is, “Which school of Islam?” Thus, Bhutto went after the Ahm­adiyas and Zia went in for what Jaffrelot calls ‘Sunniisation’. The result was fratricidal warfare between Shias and Sunnis, Barelvis and Deobandis, and a rash of armed militant contingents fighting, maiming and killing in the name of their own particular sect. “The sectarian conflict,” cautions Jaffrelot, “probably represents a more serious existential threat to Pakistan’s unity than any other.” The saving grace is that “in spite of chronic instability, Pakistan continues to show remarkable resilience”.

If you have the time and inclination to read no more than one book about Pakistan, this is it. This tells it all.