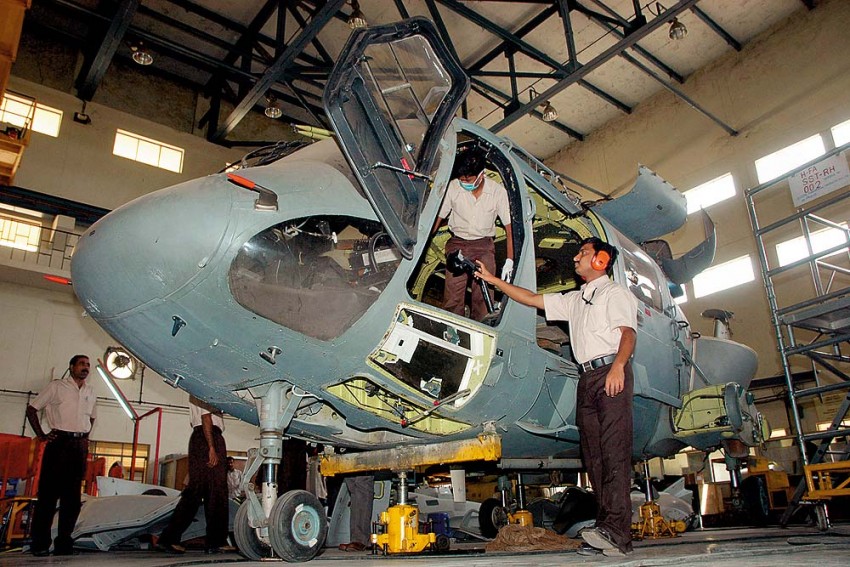 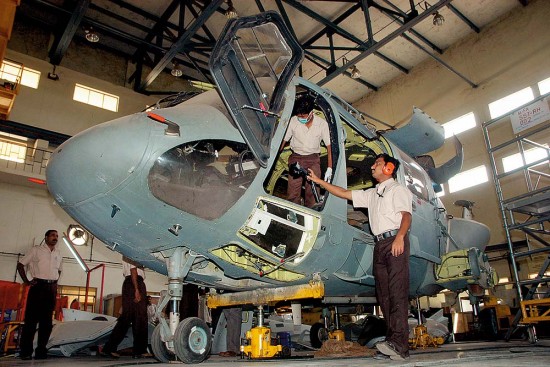 Prime Minister Narendra Modi’s visit to France was not entirely negative for sure. But many are looking at the two major deals announced—outright purchase of 36 Rafale fighter jets, and the l&t-Areva agreement for constructing the epr nuclear reactors at Jaitapur in Maha­rashtra—as unmitigated dis­as­ters.

The IAF has been thrown a juicy bone with the government-to-government  acquisition of 36 Rafale jets. But this will materialise only two years down the line even if India is quick to sign the contract. Prime Minister Narendra Modi’s much-vaunted ‘Make in India’ policy, however, suffers a major setback. For Dassault Aviation, though, it’s a thumping victory.

For over three years, the contract for buying 126 Rafale jets had been foundering. In France, the reputation of Hindustan Aeronautics Ltd (HAL) is rock-bottom. French defence majors who have worked with HAL describe it as “unprofessional and unreliable in the extreme”. The original plan was to buy 18 aircraft in ready-to-fly condition. HAL was to produce 108 more under licence in India. But Dassault refused to take responsibility for planes manufactured by HAL. Besides, there were disputes over pricing: an off-the-shelf purchase will cost India much more per aircraft than if the original deal had gone through. The actual transfer of technology will be limited and the outright purchase lets Dassault off the hook on that score. French sources place the value of this purchase at over Euro 5.5 billion. Dassault CEO Eric Trappier and his colleagues will be laughing their way to the bank.

At one time, India had the French aviation giant in a squeeze. The French defence ministry had curtailed its order for Rafales from 11 aircraft per year to just 26 over the next six years. Dassault badly needed the oxygen of foreign sales. India thought it could press the company for an even better deal: but there comes a point beyond which negotiations stall. The IAF badly needs the fighters: the government should have been careful not to push to the brink. On February 12, France announced the sale of 24 Rafales to Egypt, to be bankrolled by Saudi Arabia and Qatar. Now, Dassault was in a dramatically better bargaining position. No longer did it have to accommodate New Delhi’s manoeuvring over prices or over manufacturing by HAL. Dassault could afford to drag out the negotiations.

In India, pressure was building up. Paris told New Delhi that failure of the Rafale contract could seriously dent Indo-French relations. The IAF, realising the deal could collapse, raised the ante. And French defence minister Jean-Yves Le Drian made three trips to Delhi between December and March. In December, the India defence minister had told Le Drian he would accelerate the process. By February, the tide turned against India. In March, New  Delhi told Paris that in the face of Dassault’s newfound intransigence, another urgent solution had to be found—outright purchase. On April 7, French President Francois Hollande and Le Drian discussed and finalised their response to New Delhi. It was kept secret: even HAL chairman and CEO T. Suvarna Raju learnt of the purchase from the newspapers while in Paris.

Insiders in the defence industry say other producers and suppliers would also have been reluctant to accept the global tender route, especially if HAL conditionality was retained. Also, they said, the Indian private sector is not yet equipped to collaborate on high-tech projects such as making sophisticated fighter jets. A specialist defence journalist says, in the short run, Modi’s ‘Make in India’ ambitions are unrealistic.

For India, the relationship with France is crucial. Though a middle-level power, France is a defence major, and can provide high-tech products and services in infrastructure, transport and waste disposal and in the fields of nano, nuclear and space technologies. France is also a permanent member of the un Security Council; New Delhi is counting on French support for its membership bid. But that’s another matter. Many political observers are of the opinion that, given the nature of Paris’s own vested interest in the status quo on UNSC membership and its close ties with Germany, it’s doubtful if France will go the extra mile for India.

By Vaiju Naravane in Paris