In A Frigid State 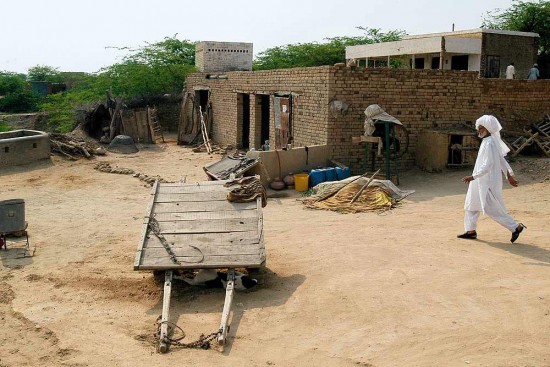 Like spectators at a tennis match, many Pakistanis have been watching the two realms beyond either side their border with a periodic rhythm. With both India and Afghanistan in the throes of general elections, they must be wondering if the frontiers would change their faces dramatically. And with the likely victories of Narendra Modi and Abdullah Abdullah staring in their faces, Pakistani policymakers feel they have fewer friendly options in the immediate neighbourhood.

Though the UPA-II government in New Delhi staggered on for five years without displaying the political will for a decisive breakthrough in talks with Pakis­tan, it’s ackn­ow­ledged here that Prime Minister Manmo­han Singh reined in ‘anti-­Pakistan’ for­ces in the Ind­ian establishment on seve­ral occasions.

Pakistanis will remember Manmohan as one of the weakest Indian PMs, whose heart was in the right place, but whose reluctance to defy the apron strings of the party supremo to whom he owed fealty denied him a chance of meaningful progress in India-Pakistan ties. In spite of opportunities presenting themselves, Manmohan was at best a ditherer.

The seemingly undue haste with which Manmohan reached out to PML(N)’s Nawaz Sharif even before he had taken oath as Leader of the House raised expectations in Pakistan that Manmohan was intent on taking bilateral relations to a new, freshly confident level for the first time since the 26/11 Mumbai terror attacks.

“Manmohan Singh has genuinely disappointed Pakistanis, despite the presence of the ‘Chakwal’ factor—someone regarded as a senior figure and an expert on global economy just could not deliver. Though there were high expectations, he eventua­lly became an expert in maintaining the status quo and nothing else,” says political analyst...