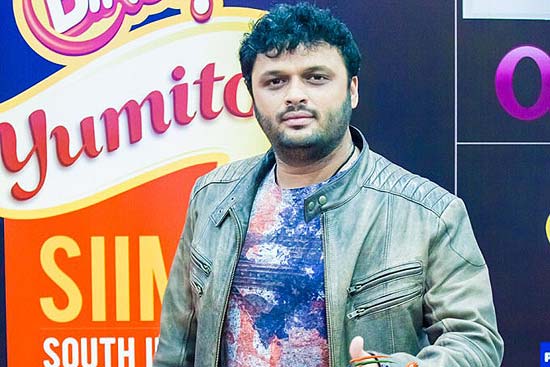 I landed in choreography by chance. In school, people thought I was cute and put me up on stage in front of dancing girls. Before I knew it I was dancing.

Was getting into films easy?

No, but I have been lucky. I was introduced to the industry by Ramesh Arvind, whose daughter I taught in my dance academy. My third song, Stylo Stylo, won me great acclaim.

You are solely choreographing the SIIMA Awards 2015.

Over three years of SIIMA, I was bothered by its mediocrity. This year they asked me to choreograph it all.

It seems to have become a trend—from choreography to direction....

For me, the leap came after a friend pushed me in that direction saying it was the obvious next step.

It does not deter me, but only spurs me to do better. I've seen this happen to many.

Like your movie, your life is a romantic filmi tale.

I guess that is where I get my love for romance. We moved to Bangalore after my dad passed away and it was there that I met my future wife. She was training at the studio where I was assisting; facing parental opposition, we had to elope!

My first love is choreography. But film-making is also a passion.

You say cinema has taught you diplomacy.

I am straightforward and that landed me in trouble often. Over the years I have learnt to listen to people before I give my opinion.

Any plans of getting into Bollywood?

Who doesn’t want to get into Bollywood!