Importance Of Being BSY

Given his legal troubles and political base, possibly play a role akin to Laloo Prasad Yadav’s. 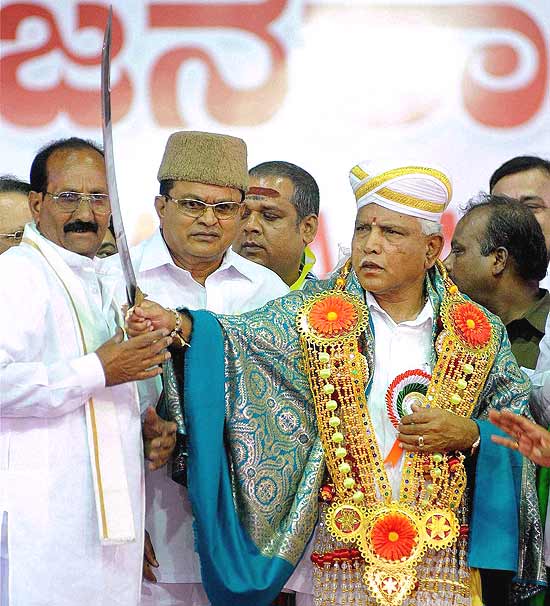 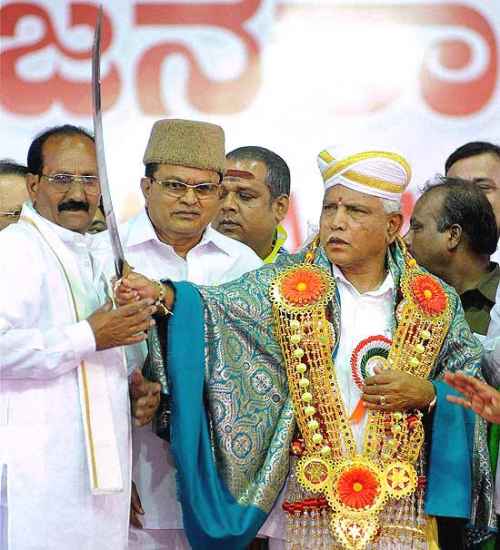 Perhaps the most compelling political portrait of Bookanakere Siddalingappa Yediyurappa was offered by James Manor, the distinguished political scientist and long-time observer of Karnataka politics. In an essay aptly titled ‘The Trouble with Yediyurappa’ in the Economic & Political Weekly in March 2011, Manor catalogued BSY’s administrative and political follies, arguing that only the “cultural and cognitive distance that separates New Delhi from Karnataka” had allowed him to remain in power. He was also sceptical of BSY’s hold over the Lingayat community and speculated that only the fear of a split within the BJP kept him in office. In a devastating opening section, Manor described a meeting with two BJP activists, who shared their despair with him: “It was the only time in 40 years of studying Karnataka politics that I’ve seen someone weep in frustration with his own party’s leader.”

Manor’s exaggerated claim may have served a rhetorical point, but doesn’t explain the paradox of BSY’s continued political relevance if he’s indeed such an exasperating leader. Besides Manor, other political analysts too have seen the dissidence and acrimony in the famously disciplined BJP as a sign of failure of leadership. BSY, during his tenure and afterwards, has been held responsible, and sometimes rightfully.

He’s famously short-tempered, doesn’t heed advice or contrarian views. He seems to exist in his own bubble and believes in his own rhetorical hubris of development. He’s not detail-oriented either and didn’t prove an able administrator. His well-documented nepotism and authoritarian tendencies have been a source of exasperation to his own supporters, and show an utter lack of understanding of how discretionary power should be used. His legal troubles came about precisely because he used it without restraint, often to the benefit of his kin and its business associates.

While this absence of moral compass led to BSY losing his chief ministership, it hasn’t made him politically irrelevant. In a post-ideological polity, where political mobilisation along caste lines has intensified and voter loyalty goes to those who alleviate their everyday contingencies via distributing money, the above-mentioned failings aren’t critical. In fact, despite his RSS origins, BSY has adapted admirably to this ideology-free world, wherein a politician doesn’t feel committed to a core set of ideas and feels free to move to any party or faction that offers him maximum political exposure. It’s by recognising the political zeitgeist of his times that he led the BJP to power by accommodating various factions and, by all accounts, was masterful in managing the levers of power to win bypolls. Hence his claim that he led the BJP to power in Karnataka isn’t shallow.

As BSY leaves the Bharatiya Janata Party, his political home of four decades, to launch his own regional party, the Karnataka Janata Party, political commentators are comparing his political project to earlier experiments by Devaraj Urs, S. Bangarappa and Ramakrishna Hegde. But they’re wrong. For one, these didn’t belong to a majority caste group, weren’t tireless campaigners or indefatigable organisers. I’d say BSY’s role model is H.D. Deve Gowda, whose JD(S) is, in fact, a regional party. Both are hard-core political animals, with no interest outside it. They’re forever in campaign mode, having done their time on the opposition backbenches. In fact, BSY’s own rise to power occurred only when he entered into a coalition with Gowda’s son, H.D. Kumaraswamy.

BSY often derides Gowda and sons as back-stabbing ‘appa-makkalu’ (father and sons), who reneged on their promise to transfer power in 2007. Still, he follows Gowda’s strategy of building pockets of influence in the state, especially in Lingayat strongholds. He used his three-and-a-half-year tenure to assiduously cultivate Lingayat maths and build a political base for himself, independent of even the BJP. He used influential Lingayat pontiffs publicly to facilitate the defection of senior opposition party leaders, and in return, openly dispensed state largesse to their maths and caste associations. He has done the same for other castes: dole out significant state resources, often as cash and land, and effect policy changes in education and employment directly benefiting targeted communities. More important was his symbolic gesture of extending state recognition to the cultural heroes of various backward communities. It may not translate into electoral support. Still, what does the future hold for BSY?

In the forthcoming polls, he’s expected to field credible candidates in a large number of seats and win 40-odd, making him a key player in any post-poll scenario, whether in Karnataka or in 2014. He could, given his legal troubles and political base, possibly play a role akin to Laloo Prasad Yadav’s. It may not be the kind of success that might satisfy him, but will keep him going in the short run.