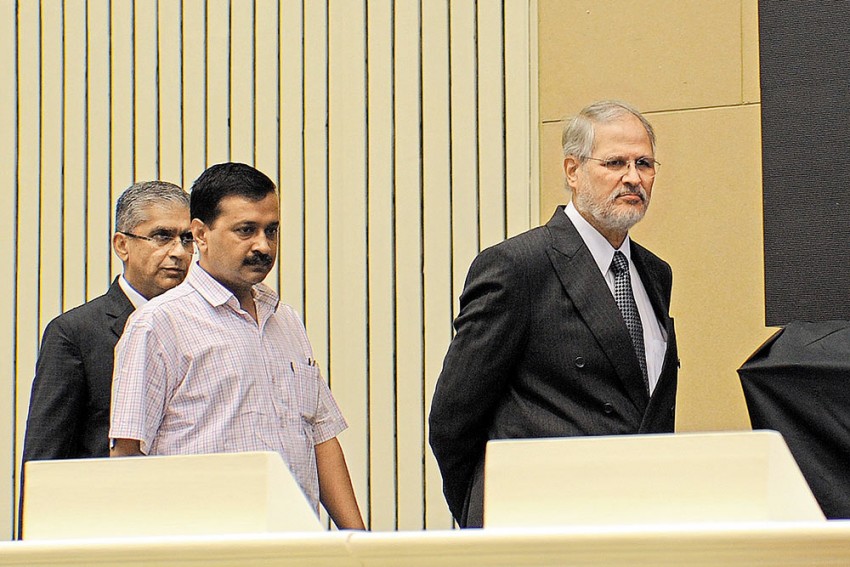 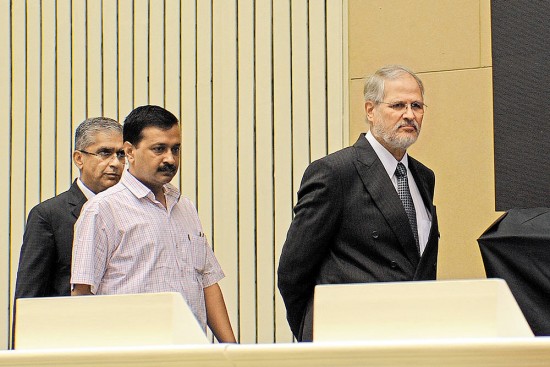 The bureaucracy was once considered the steel frame of India’s administration—but now it is rusted and decaying. It has lost its stature for two reasons: rampant corruption and the politicisation of top- and mid-level officers. It no longer commands the respect it did in the years following Independence. It is no longer driven by a sense of purpose and a commitment to serve the people. Nowadays, it is more of a career to make money and get the best postings. This applies more to IAS officers, who have made the institution claustrophobic and schizophrenic; they want to grab all the top positions and they won’t allow any outsider to join their ranks. They are anti-reform and unwilling to entertain any  ‘new’ ideas.

When the AAP formed a government in Delhi, it was expected that promises made during the election would be implemented with great speed—but soon it was realised that the only function top babus knew was how to say "no". They are experts when it comes to telling the political leadership how a particular task cannot be accomplished. Though there are good, honest and hardworking officers, they are few in number, and the sharks of the system don’t allow such talents to breathe. Officials of the second sort like to be pampered and ­approached with kid gloves. But a revolutionary party has different ideas. These ­officers were in for a great shock.

In Lieutenant Governor Najeeb Jung they found a sympathetic mentor who was willing to implement the central government’s agenda unabashedly. The troika of the hostile BJP government, the careerist L-G and the willing officers created a perfect recipe for disaster. A conspiracy was hatched and the services, a department which controls and monitors the working of the bureaucracy in the Delhi government, was weaned away. One fine morning, an order was passed that 'services' was no longer within the purview of the elected government— the L-G would be their ‘Mai-Baap’. This new system freed officers from the grip of the AAP. The message was clear: civil servants were free to say no to ministers and the CM without worrying about the consequences.

After coming to power, the AAP had thought of infusing new blood into the system. It was of the opinion that the world had moved on and that we were now in the age of domain experts. Gone were the days when bureaucrats should be relied upon for all measures. When the AAP government appointed a doctor as a department head in health services, it was greatly resented. Similarly, an engineer was inducted into the water department to lead the team—another unpopular move. Meanwhile, the anti-corruption bureau (ACB) was also snatched away from the elected government. It was due to the ACB that, in the 49 days of AAP’s earlier government, Delhi had witnessed a drastic reduction in corruption.

L-G Jung threatened officers with the ­imminent fall of the AAP ­government—while PM Modi was here to stay.

There is yet another angle to the story. The offices of the L-G have been used to coerce, intimidate and threaten those civil servants who wanted to work with the elected government. They were told that the Modi government would rule at least until 2024, whereas the AAP regime could ­collapse any minute—and thus, that it would be very naive on their parts to antagonise the Modi adm­inistration by aligning themselves with the AAP government. It may be recalled that Rajendra Kumar, the principal secretary to chief minister Arvind Kejriwal, wrote an explosive letter to Naj­eeb Jung in which he detailed how  the latter had behaved with ­officers who were working closely with the AAP leaders.

Various committees of the Delhi assembly were activated to push the officers to co-operate. Members started asking the civil servants tough questions. But the ­latter sought a way out by moving the courts—and surprisingly, the courts did  indeed come to their rescue. I am sure that the Supreme Court will look into the larger issue of constitutional propriety and will reverse the Delhi High Court order which erroneously stated that the lieutenant governor is not bound by the advice of the elected government.

Now let me conclude with a question. What should be the reaction of a government responsible to the people? Violence is not the answer; the AAP does not believe in violence. But how can they deal with such bureaucrats who have no interest in working for the betterment of the people, who are only out to further their careers and lobby for lucrative posts? The system is rotting; it requires major reforms. The lateral entry of specialists should be made mandatory for policy formulation and the IAS officer's job should be limited to implementation alone. The system will collapse if this isn't done. Reforms are the answer—the sooner, the better.

(The writer is spokesperson for AAP)