'I'm The Symbol For The Masses'

The Telugu mega star says his party will fight on its own in the state, keeping the option of aligning with a "third force" in the parliamentary polls open. 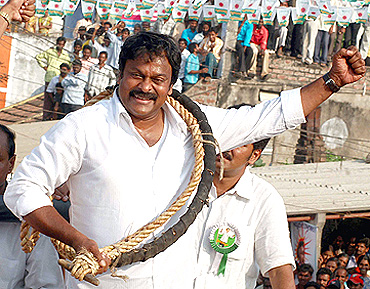 Where do you see the PRP after the Lok Sabha and assembly elections?

I won't be able to tell you the number of seats we'll win. But going by the response of the people to rallies and road shows, we would not only form the government in Andhra Pradesh, but also play a significant role in the formation of the new government at the Centre.