"I'm Not Scared Of Any Italian Mafia"

Rajinder Vadra was in a bitter mood after his high-profile son, Robert, accused him of misusing the Gandhi family name. Speaking to Outlook, he admitted that he had sought certain favours, but claims it never amounted to misuse. Excerpts: 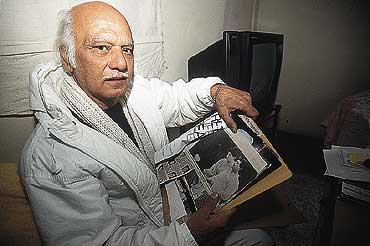 Why was your son moved to issue such a notice?
I don’t know. I was not informed. I read it in the papers just like everyone else. I am now speaking to my lawyers. I am not scared of any Italian mafia.... It’s probably because I was against the marriage.

But you attended the wedding?
I wasn’t very keen on it after Bofors and the treatment meted out to Maneka. But my family wanted to be in the limelight. And why not? It’s the topmost family.

Do you meet Sonia Gandhi often?
At family get-togethers, at Robert’s house and at Friends Colony (the Vadra residence). She has always been warm and nice. She never once said anything about misusing the family name.

But you have been calling Congressmen for favours?
I voted for the Congress. Where’s the problem with that? He (Robert) makes certain calls for his friends. Why can’t I make a call for a friend who can’t afford to pay lakhs in donation for a school admission? I also called the Maharashtra CM for jobs for my friends. I never asked for tickets.

But if you are not on talking terms with your son, isn’t it unfair of you to use his name?
He is still my son, even if he is not talking to me. I didn’t say ‘Robert sent me’. I just said ‘I am his father’. I’ve never asked for favours for my business. People approach me. I make one call. If it’s done, it’s good. Otherwise it’s okay.

What about the allegations implicating Richard in some scandal?
I don’t know what he has been up to. But I’ve also heard allegations, about a certain job he promised which was not done. I know he has visited Bombay often—in the last two months he spent three weeks there. From what I hear about Richard’s antics, I don’t blame Robert. But he should have consulted me.