Despite lofty objectives, the reality of financial inclusion remains dismal 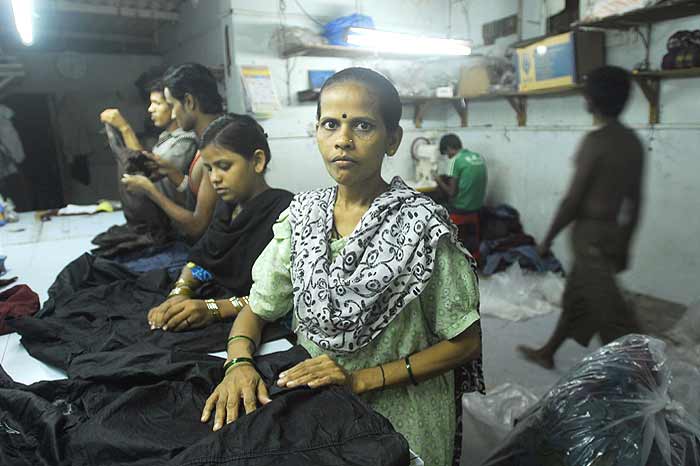 Despite all those schemes, conferences and acronyms, the noble aim of financial inclusion—a catchy buzzword for taking financial services to those who need them the most—is faltering. It’s not just microfinance lending that has problems; there are implementation issues with banking and other financial services reaching the last mile as well. No doubt, it’s an enormous task (only 50,000 of India’s 6,00,000 villages have access to banking). The problem is that the needs of the financially excluded population vary so vastly that it’s difficult to design, distribute and service these customers through one single model. What we have right now is a royal mess.

There have been some success stories—and failures—in inclusion models. But the overall lack of clarity is apparent when one sees policymakers grappling with fundamental questions. For instance, is the opening of, say, 1,000 savings  accounts in a district enough to define it as being financially inclusive? Or, is the coverage of a certain number of people to meet rural and microinsurance regulatory targets the right roadmap? How do we ensure the ability to create and save wealth for a population with intermittent income? “Currently there is no government programme that has matched up to its own set goals. They may appear good, but are ill-designed,” says Dr M. Mahadeva, economist and member, Karnataka Public Service Commission.

There are no easy answers. Instead, as the MFI story has shown us, there’s chaos. The sector is currently grappling with a liquidity crunch, issues of whether it should be regulated on the capping of interest rates and the recovery of credit. Sudha Pillai, secretary, Planning Commission, points out, “I’ve always been sceptical about the way the MFI sector has been evolving and I’m not surprised that the bubble has burst. We got carried away by the availability of credit.”

At the heart of the raging MFI debate is the challenge of which business model to follow. Should there be handholding by the MFI to ensure lending leads to productive returns—or should just access to lending be sufficient? One thing is clear: you can’t have a one-size-fits-all strategy for a country so large and heterogeneous. Also, traditionally there has been no incentive to reach out to rural India. “You may use expenses and cost arguments as an excuse, but the biggest hindrance is that the players and policymakers have not understood the behaviour patterns of that other India,” argues Ashvin Parekh of Ernst & Young.

“There is no government programme that has matched up to its own set goals. They appear good but are ill-designed.”
M. Mahadeva, Karnataka Public Service Commission

Reema Nanavaty of SEWA, one of the successes of an inclusive model, has some pointers to what’s going wrong. “Microfinance should keep the poor at the centre. But instead what is happening is expansion of financial institutions is keeping the poor out.” SEWA attributes its success in lending and investment to the financial literacy programme and delivery mechanism run by the SEWA Bank. It is thanks to the forming of a large group that SEWA is able to offer its members microlending, pensions and insurance schemes. The biggest challenge is to ensure that members continue to remain part of the group through the duration of the scheme in order to have adequate social security. For this, there also needs to be a stable and secure administration, funds and risks need to be managed to ensure people get the real value of their savings over a period of time.

The broader problem is that while the packages for financial inclusion are novel and even welcome, the delivery mechanisms have not changed. “In the absence of income security, financial inclusion becomes very difficult to achieve. Many of these packages fail to address the fluctuating nature of livelihood. Many, like microfinance credit, push them further into dependence rather than address the basic problem of pulling them out of financial or economic distress,” avers Prof G. K. Karanth, head of the Centre for Study of Social Change and Development. That’s why, as Mahadeva says, after three years of extensive research into various financial inclusion schemes, “hardly 3 per cent of people are aware of the initiatives”.

The problem is that the regulator of each financial service segment is looking at financial inclusion in its own way. Other issues like complexity of products, delivery and service issues cloud matters further. “There’s a clear lack of cohesive thinking. It’s like the case of the six blind men and the elephant. We first have to start by recognising it’s an elephant and then move on from there,” points out Gautam Bhardwaj of Invest India Economic Foundation.

Recently, RBI deputy governor K.C. Chakraborty dismissed a few myths about financial inclusion: “It is not their (banks) willingness but the lack of ability to deliver which is coming in the way. The second myth is that the cost of achieving financial inclusion is too high. In reality, costs can easily be borne by banks. Thus, the basic problem is not the cost or willingness, but the absence of business model and technology-based models.” One of the ways forward, experts say, is to look at pilots across various pockets of India rather than one approach. Take a district, make a customised model work there, and then move on to another, tweak the model and so on. While comprehensive, this requires constant monitoring—technology can aid this in a big way.

Another idea is to set up new institutions that will target this segment exclusively. This would require active involvement from both state and central governments. While the introduction of business correspondents—who will sell products down the line—are ways to grow, effectively using other existing channels like India Post need to be looked at as well.

Essentially, what it boils down to is a constant evolution of policy, products, approaches based on the learnings from these pockets of small successes. For instance, Aviva Life Insurance, which has seen profits from rural and microbusiness last year, has had to revamp products and develop processes like on-the-spot claims through its MFI partner Basix. Monica Agrawal, director, corporate initiatives and business development,  Aviva, believes the microsector is currently at a cusp and going forward technology is going to play a huge role in helping various components of the banking and financial sector to collaborate together to make things work. Either way, policymakers need to quickly react to the lessons learnt; else, financial inclusion will remain as elusive a concept as it is today.

By Arti Sharma and Lola Nayar