'I'll Speak Up For Fair Treatment Of Indians Anywhere' 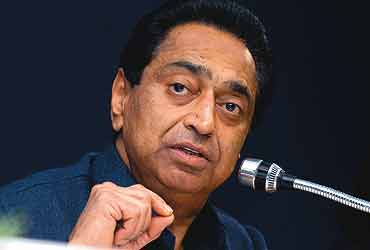 Why did you react so strongly to an issue that involves a foreign firm?
There were some comments about the deal not going through because of Mittal’s Indian nationality. I was in London when I read these comments in the papers. Tell me something, if the Indian commerce minister does not react to this situation, who will? The Thai trade minister?

But didn’t you overreact by threatening the EU on the WTO services negotiations?
I’ve just received a reply from the EU trade commissioner Peter Mandelson who supports my views. He is in agreement with me that EU members should not vitiate the atmosphere by discriminating on the grounds of nationality. It vindicates my stance.

When China’s state-owned CNOOC was denied access to US firm Unocal, China’s reaction wasn’t as vocal.
I don’t care what the Chinese did. As an Indian minister, I will speak up for fair treatment of Indians anywhere. And I did not support Mittal with an eye on his investments here.

What effect have your comments had?
The Luxembourg government, a shareholder, issued a statement denying any racial discrimination.

Did Mittal ask for your support?
No, he didn’t get in touch with me or the government before or after I made my comments.