Even European schools like INSEAD or LSE fare better researchwise. 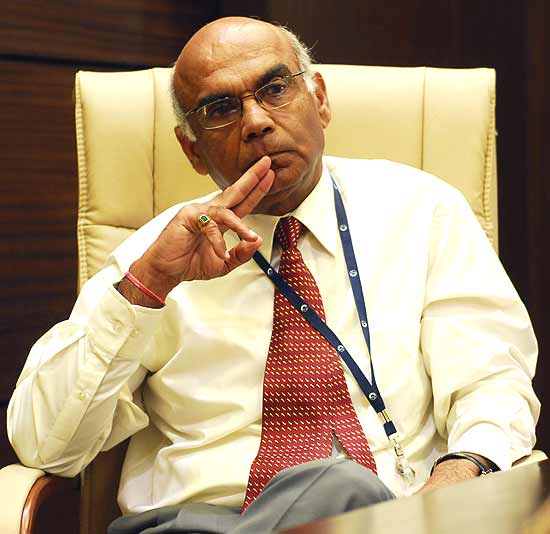 Sudhir Trehan is credited with catapulting the Gautam Thapar-promoted Avantha Group firm Crompton Greaves from a Rs 1,250-crore, loss-making firm to a successful Rs 10,000-crore global entity in a decade. But ask this CEO on the eve of retirement on his main influences and pat comes his answer: “I have always considered myself to be an engineer first.” This gold medallist in mechanical engineering from BIT, Mesra, now moves on to the Avantha management board as the chairman of Avantha Power and Infrastructure Co. He will also be chairman of the board of governors of Thapar University. “It will give me more chance to interact with the students and faculty,” he says. Excerpts from an interview with Arti Sharma:

How would you respond to the recent debate about the quality of research in the IITs?

The quality of education at the undergraduate level in IITs and IIMs is world-class. So any BTech coming from IIT or a PGDM coming from IIM is at par with those coming out from the Ivy League, be it Harvard, Stanford or MIT. But if you have to compare the IITs globally, even European schools like INSEAD or LSE fare better researchwise. It is definitely lacking in our country compared to what you get in an Ivy League in the US. This is because not enough thrust has been given to research in our country. Why will an institute spend money on research if it is not going to get returns from it? Today, the reputation of the IITs is good because the BTechs coming out of it are employed by the best of companies across the world. You have to build upon that reputation. Harvard, Stanford and mit are not known for their graduate programs. They are known for their masters and PhDs. People don’t go there to do graduate studies. Likewise, people do not come to IIT to do PhDs. So the whole infrastructure and environment for promoting research is lacking today in the country.