Will Rahul finally step up to the role his party expects of him? 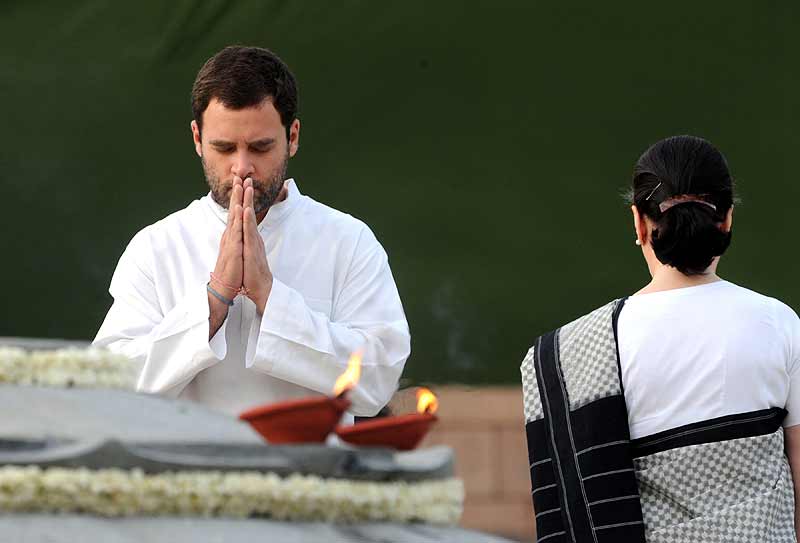 How does a political correspondent breach the high walls of secrecy surrounding Rahul Gandhi and find out what comes next? We have after all been given to understand that come September, Rahul will play “a larger role” in national politics and that “all will become clear”. So are we on the cusp of the big moment when another member of the nation’s first family takes centrestage? Will September 2012 mark the coming of age of Rahul Gandhi?

After three weeks of pursuing the story, one has learned that many people in the inner circle of Rahul Gandhi do not take calls or even respond with a simple ‘no’ to an SMS; that some people who claim to speak for him could be pushing their own agenda; and that those who may know his thought process do not claim to speak for him. But persistence does pay and slowly a story emerges as some people who are in contact with the man cautiously open up.

It appears that Rahul Gandhi has been given a lot of advice and suggestions. An old family friend, for instance, has suggested that he must take the plunge now both in party and government. He has been told that although the PM should not be disturbed, a new ministry should be created that would give him cross-ministerial power. The idea being mooted is to create something like a ministry for new initiatives. And what would those initiatives be? All the pro-people moves of UPA I & II. Simultaneously, Rahul has been told, he must play a more active role in the Congress party organisation. Most of the speculation in the media has in fact been about him getting a greatly enhanced position in the parent party and taking the step up from his stewardship of the Youth Congress that began in September 2007, five years ago.

So, is any of this likely to happen? There is great expectation on the one hand. Yet there are some insiders who say that nothing will happen in September. Says an insider, “The framework on which Rahul works is different. Since he has no hankering for power, the idea of losing it does not drive his agendas. He is not guided by the shallow expectations of others. He sees through the self-serving people in the Congress.” Does this mean he will do nothing more than what he has done so far? There is no absolute clarity on the issue. The only confirmation is that he is in principle the leader, and will at a time of his choosing play a more ‘visible’ role instead of the low-key efforts so far.

It has now been eight years since Rahul entered politics when he contested the Amethi seat in 2004. That’s the usual time horizon for Jawaharlal Nehru’s descendants to come into their own. Indira Gandhi, famously dismissed as a ‘goongi gudiya’, took about that much time to show her mettle; Rajiv took some years after brother Sanjay’s death to mature as a politician; Sonia too took a while to emerge out of her shell after Rajiv’s death. But eight years after his first steps in politics, Rahul’s future plans remain a mystery.

The idea being mooted is to put Rahul in charge of a ministry of new initiatives, to harness pro-people moves of UPA I & II.

Perhaps there is a clue in his work in the Youth Congress. He was the only politician to respond to the effort by retired election commissioners to initiate inner-party democracy within political parties. He roped in K.J. Rao of the Foundation for Advanced Management of Elections. Too complex to be dealt with here, the process was transparent and resulted in several children of entrenched politicians in states being disqualified. Members of Rahul’s team take pride in the fact that new talent was found, be it the only tribal woman in the Congress government in Kerala or a Muslim woman in West Bengal. “There was so much opposition to the process from traditional Congress leaders,” says Rao. “They were not happy and resisted us.”

It has resulted in tension between Youth Congress members and the sons and daughters of established leaders in many states. But as Rahul and his team see it, he is culling talent for future entry. The last infusion of young leaders into the Congress came under Sanjay Gandhi and those leaders like Digvijay Singh, Kamal Nath and Ghulam Nabi Azad are now pushing 60. Another confidant also talks of “problems with the old guard. Let’s face it, Rahul would not be comfortable with many of those who’ve served his mother well. Things will change when he takes over.”

Youth Congress president Rajiv Satav thinks Rahul’s job in the youth wing is complete as all state elections have taken place. “He is the leader and we know he believes in performance,” he says. “He has performed well for us in the youth wing, but we know he must move on.”

Yet a source close to Rahul also says that he will not be propelled by the prospect of a poor result in 2014 as he has a long-term plan of party reconstruction. Perhaps Rahul and his team are working on the mistaken assumption that politics and government are two different things. They are not, and all good intentions of rebuilding the organisation will come to nought if there is no repairing of the government’s image. If the Congress has to appeal to a new generation, the party cannot look like a rag-tag team of spent forces. Hence the strong argument that only by joining the Manmohan Singh regime can Rahul stem the decline.

What exactly he has been doing till now is not understood by many even in the party that waits for him to rescue them from impending electoral defeat. The wait is also one for a clear self-definition. Politics is ultimately about simple messages, strong personalities. Till Rahul Gandhi seizes the moment, we shall not know him.