If You Have The Shaky, Shaky Blues

Is it the flair, is it the cocktail, is it a ear for conversation? What makes a good bartender great? 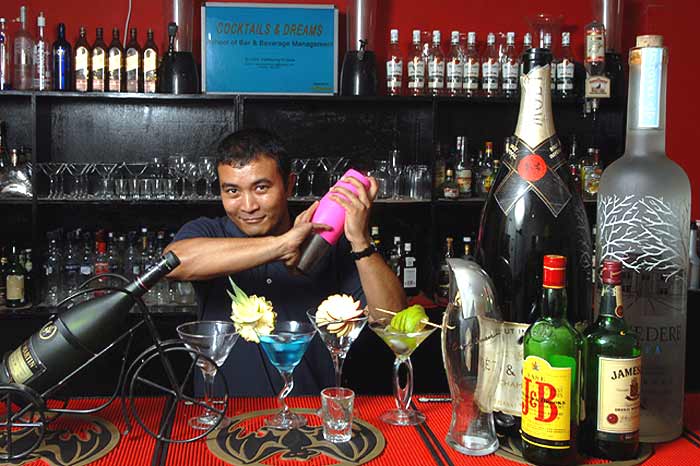 “In the world of bartending, this is the age of minimalism,” says Mahesh Aiyar, who set up the popular Syn resto-bar at Hyderabad’s Taj Decccan hotel. “A great bartender is all about intuition, sensitivity and knowledge of his drinks, and less about flash and showmanship. He should be unobtrusive, low-key and yet have that rare intuitive sense to look at you and know what you’d enjoy. The best exemplar of this is the great Australian bartender, Tim Etherington, considered by many to be the world’s greatest today.” Below, some Indians with formidable reputations.

A master of cocktails who has won acclaim at several bartending competitions, nationally and internationally. Responsible for crafting the Blue Bar’s award-winning cocktail menu. His innovative cocktails include the best-selling Kiwi-and-Capsicum martini.

The best bartenders have often branched out on their own to become consultants or to start their own bartending schools, like:

Was judged one of Asia’s best young bartenders when working at Delhi’s Polo bar in the ’90s. Certified trainer in bartending from Hyatt International, Chicago. Now runs the Cocktails & Dreams School of Bar Management.

So what’s the word on bartending acrobatics? It’s a nice add-on skill to have, provided you know your basics, and don’t waste time.