Home  »  Magazine  »  Arts & Entertainment  » Cover Stories  » Interviews  » Interview »  ‘If You Deliver Consistently, The ­Audience Will Always Back You’

‘If You Deliver Consistently, The ­Audience Will Always Back You’

'A Wednesday' director Neeraj Pandey recalls how he was turned away from almost all production houses in the first go... 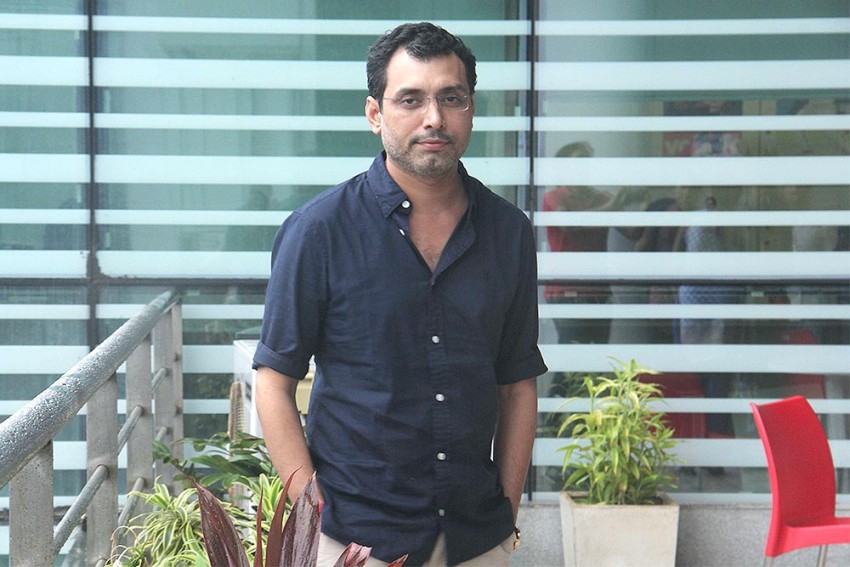 Pramod Thakur/HT/Getty Images
Giridhar Jha January 04, 2018 00:00 IST ‘If You Deliver Consistently, The ­Audience Will Always Back You’ 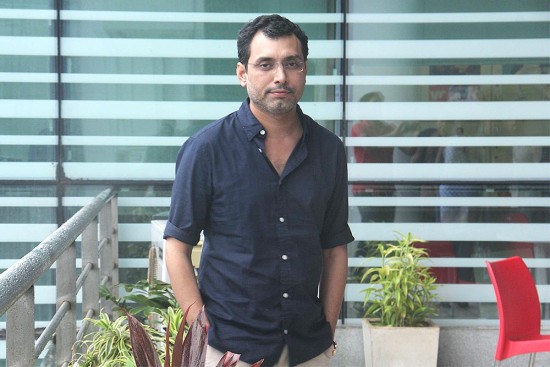 Neeraj Pandey was turned away from almost all production houses when he first went knocking at their doors with a script in hand. Exasperated, he decided to produce his first film, A Wednesday, in collaboration with his partner. The 2008 film has since evolved into a contemporary classic, establishing him as a master story-teller. Giridhar Jha talks to the young film-maker who is among those who have redefined Hindi cinema in the past few years. Excerpts from the interview:

Fuelled by the surge in the audiences’ demand for content-rich cinema, Bollywood has witnessed a sea change in the way films are being made in recent times. How do look at it?

I think we are extremely privileged to be in this position where the audiences are looking forward to quality content. And because this kind of content is being continuously encouraged and lapped up by them, we feel we are much more accountable to deliver good stuff. It’s a mutual give-and-take, to be precise. What is the most significant contributor to this phenomenon?

The audience, of course!  As a matter of fact, we are only delivering what we think people are ready for and encouraging us for. The due credit should undoubtedly be given to them because they are giving us opportunities to go ahead and try out something fresh, something out of the box.

Is the taste of the audience finally changing for the better? Of late, they appear to prefer meaningful cinema to formulaic masala flicks…

It is not as though the audiences did not encourage such content in the past. Pehle bhi karte the (They did it previously, too). Right now, the latitude has broadened but then, that is bound to happen when people start consuming content from all over the world. They are also getting ready to see stories from different parts of the country. So many things are happening at the same time. I think the timing is also the key. This is the time when we can go out and experiment something and hope that the audience will like it.

“I don’t have a family ­background in films. I am a literature graduate and did not have any other talent as such, apart from writing.”

Is it happening only in big cities in the post-multiplex era, or is it a pan-India phenomenon.

This, I think, is a pan-India phenomenon, not restricted only to a metropolitan city or any other specific place. If you look at vernacular cinema, it has always been very strong in terms of bold content. Down south, they are doing all kinds of experimentation. The audiences are consuming all kinds of content from near and distant lands in the digital era. They are actually getting conditioned through various sources of contents and they want to see newer things. It is a combination of all these factors.

In the past, popular commercial ­dir­ectors thought it twice before turning producer because of certain imp­ediments but the directors of your ­generation are not hesitant to take the plunge. Not only that, they are also giving breaks to other ­talented newcomers.

I turned producer by default. When I set out to make a film, nobody was ready to finance it. So my partner and I had to raise money independently. We were forced to set up a production company. Nevertheless, it turned out to be such an enjoyable experience—just to be able to tell our stories without any external pressure, interference or compromise—that we wanted to keep it going. We decided to do it again when we made Special 26, our second movie. But there was a big gap between our first two ventures because people took time to believe in us. Doing your own movies gives you freedom, but it also best­ows a sense of responsibility because of the unflinching trust ­reposed in you by the audience.

Everybody, from Akshay Kumar to Manoj Bajpa­yee, two of your regular stars, is doing more and more content-rich cinema these days. In the past, stars were not so keen on stepping out of their comfort zones.

Actors now want to do all kinds of roles because they have come to realise that the audiences prefer to see them in content-rich cinema. It is indeed a good sign that they are adjusting to this new reality.

You had a tough time ­before A Wednesday ­happened. But you have had a successful journey since. How would you ­reflect on it?

The bottom line that everybody knows is that if you deliver, and if you keep on del­ivering, people will be ready to back you. So I don’t see that as a new phenomenon of sorts. In our industry, we have to keep on delivering. Of course, there will be ups and downs, setbacks at times. Some films will work, others won’t. But if you are consistent with your intent, there will always be people around you.

Many movies of big stars have tanked at the box-office lately. Does it portend anything?

All sorts of movies are being made these days. I don’t think that a rev­o­lution will happen and only one type of content-rich movies will be made. People like to enjoy certain kinds of films. A complete masala entertainer released around festivals still does exc­e­ptionally well at the box office. It is not as if the audiences only want to see content-rich movies now. The truth is that all sorts of films will co-exist and various stories will have to be told in a most convincing and ­entertaining manner to sustain the audiences’ interest. Your movies are often cited as having the right mix of entertainment and content and more and more film-makers are striving to achieve that. Do you think we are going through the best period of Indian ­cinema at the moment?

I agree that many good movies were made in the past but the takers for them were either none or very few. Nowadays, many people are willing to see different things and are encouraging such cinema, which has set off a chain of sorts. We are delivering only because people are watching it and because they are watching, people are backing it.

Aiyaary is about a mentor and his protege...about two officers of the Indian army belonging to two different generations. They are both strong individuals having their own point of view about certain situations that come their way. I feel it is closer to the genre of A Wednesday. After ten years of being around, it is interesting to go back to the drama space and narrate this particular story.

What was your journey like before you turned a film-maker?

I have no family background in films. My dad worked for a German firm in Calcutta while my mother is a homemaker. I am a literature graduate and I did not have any other talent as such, apart from writing at that point of time. I would watch all kinds of movies from all over the world while growing up in Calcutta and later in Delhi. I shifted to Mumbai in 2000 to do television for a company floated by my partner (Shital Bhatia). I subsequently started looking for opportunities in movies but there were no takers for my first three scripts, even for my fourth—A Wednesday—which we ultimately decided to produce. But then, it has been a wonderful journey, though there is nothing to glorify in it. We had to work hard like all the others.

One last question, how many production houses did you approach to get A Wednesday produced?

Haha. All I can say is, do chaar hi bache the (only a few were left to be ­approached).