“If We’re Re-Elected, Uttar Pradesh Will Get A New Identity As Uttam Pradesh”

One of the youngest chief ministers, Akhilesh Yadav, on his achievements and the challenges in running the most populous state of India 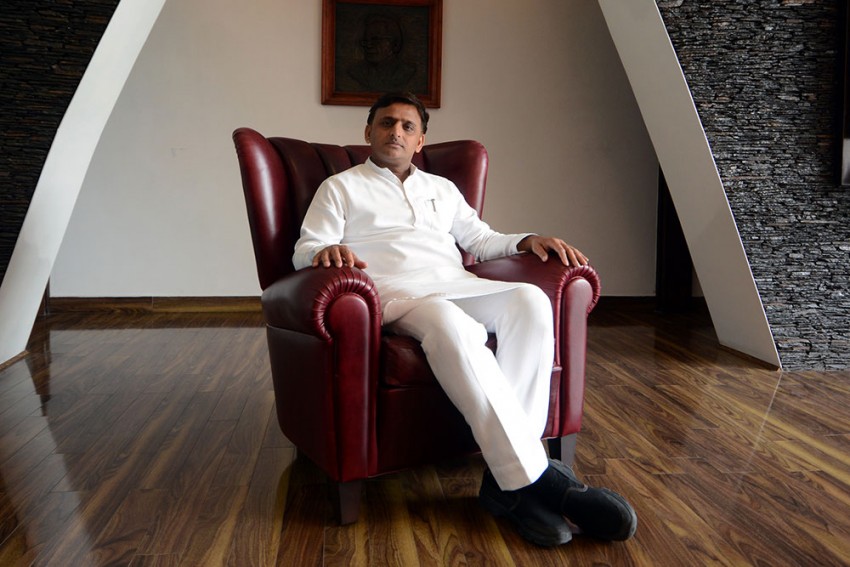 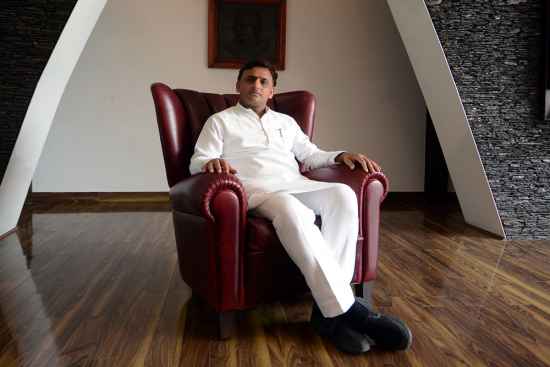 With assembly elections in the most populous state of the Union (at over 20 crore, UP’s population is almost double that of Maharashtra and much larger than that of countries like England, Germany and France) due early next year, the Bahujan Samaj Party (BSP) and the BJP are making determined bids to wrest control from the Samajwadi Party government in the state. While they are targeting an ‘inexperienced chief minister’ tied to the apron strings of elders in his political family and helpless against the rampant lawlessness in the state, Akhilesh Yadav, still one of the youngest chief ministers at 42, is dismissive of the charges. Convinced that his development record will see him through, he tells Sharat Pradhan in Lucknow that people would judge him by his work. And while he does seem to have come into his own, having finally got a chief secretary and a director general of police of his own choice and not of his father’s, he assumed an air of nonchalance to the political challenges he is likely to face. Excerpts from the interview:

You will be completing your first term as chief minister in a few more months. How do you look back on your tenure?

A lot has been done in a relatively short time. When I assumed the responsibility of the state, I did hear people say that they did not have many expectations from a greenhorn who had not held any government office earlier. Today I hear the same people confess that their reservations turned out to be unfounded. Many have stated openly at public fora that they had never visualised what has been accomplished in the last four years.

What would you call your key achievements in your first term?

Look at the Metro coming up along with the Lucknow-Agra Expressway, the ­international cricket stadium, the IT City, a state-of-art cancer hospital—to name just a few of them.

But all these projects will mostly ben­efit people living in the state capital. What about the rest of the state?

“People are quite capable of making a comparison between what previous governments achieved and what this government has been able to deliver.”

You name any other city and I will give you a long list of works that have been carried out there. We took up the task of connecting each of the state’s districts with four-lane highways and these roads are now ready in 50 of the 75 districts. A large number of new bridges have been built over rivers and new flyovers have been constructed in several cities to ease traffic congestions; District hospitals are being upgraded and equipped with modern gadgets and amenities in several places. Also mark the qualitative ­improvement in the state-run bus services and, above all, the special free ­ambulance service which ensures availability of an ambulance in any corner (urban or rural) of the state within 30 minutes. All you need to do is to dial 108 or 102 and the ambulance is at your ­doorstep—­something no one had even ­ima­gined in this state before.

But doesn’t the power situation remain grim in large parts of the state ?

The grimness of the power situation is now history in UP. Even cities like Kanpur where people had got used to going without electricity for days together is now receiving 22-24 hours of power supply. And if you wish to test my claim, go to any shopping complex and find out for ­yourself the sharp drop in the sale of generators and inverters, which were in high demand earlier.

What would you call the weaker areas?

All that I would like to say is that if the Samajwadi Party is voted back to power, we will carry out the unfinished work and give Uttar Pradesh a new identity of Uttam Pradesh. 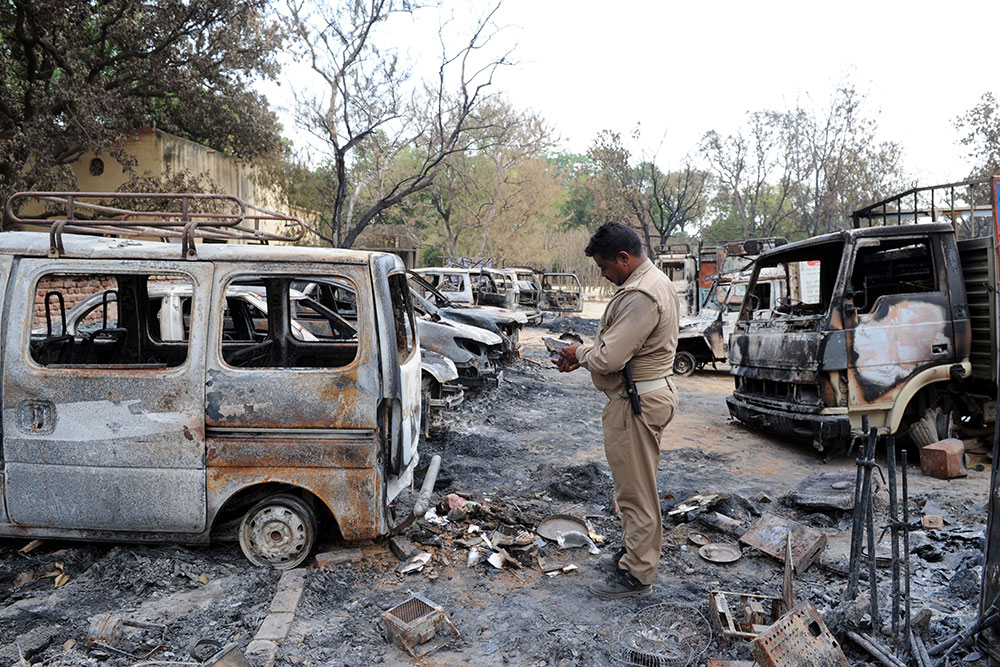 Is it not true that you have drawn a lot of criticism on account of the poor law and order in the state?

No state can boast of being completely free of law and order issues and Uttar Pradesh is a large state. But sometimes they are blown out of proportion and made to look as if no crime is taking place elsewhere. Our strength lies in ensuring quick control over such situations. I know the opposition is busy in making mountains out of mole hills simply bec­ause they have no agenda of their own.

But both BSP and the BJP continue to be  highly critical of your failure to deal with the law and order....

BSP has a track record of high-level corruption, building stone monuments and erecting statues. As for the BJP, they cannot look beyond the politics of polarisation. Since they cannot match the ­development that my government has carried out in the state, they keep making noise even over trivial issues.

On the contrary, you seem to be trying to ­trivialise incidents like Muza­ffarnagar, Dadri and Mathura, where your ­government’s failures have led to so many killings.

I am not trying to trivialise anything. As for these incidents, let me remind you that the government was found lacking in neither Muzaffarnagar nor Dadri or Mathura. A judicial commission headed by a retired high court judge has already given my government a clean chit on Muzaffarnagar. In Dadri, we booked all the culprits who are facing trial. As far as Mathura is concerned, I agree there were some lapses at the local level, but now that another judicial probe has been ­ordered by a high court judge, the truth will come out.

But you changed your stance thrice. Initially it was to be a probe by the Agra divisional commissioner; then you changed it to the Aligarh commissioner and finally a retired HC judge.

That simply shows that we want an ­independent inquiry.

How do you react to the sting in which  the Mathura-based intelligence inspector  said that his reports were ignored ?

We are not denying that we received such inputs. And it was on that basis we had prepared a plan of action which we were going to execute. The officer, who got killed, had gone there to do a recce.

Why not a CBI inquiry then?

Someone did go to the Supreme Court pleading for a CBI inquiry, which was turned down by the apex court. Therefore, the best I could to do to ensure an ­inde­pendent inquiry was to appoint a judicial inquiry.

What do you have to say about Kairana?

We have gone through the census report of 2011 and it clearly shows that migrat­ions take place in a big way all across the ­country. To describe that as “palayan” (exodus) is mischievous. Some people are always out to communalise everything.

Your family is accused of patronising the miscreants who ­illegally held on to 280 acres of gove­rnment land in Mathura and dared to open fire at the police.

It is hardly fair to make such wild accusations. Please have some patience. The judicial ­commission will submit its ­report in two months.

You mean to say that you do not see any negligence or complicity at higher levels of your government?

Some lapses did take place at the local level. That was the reason why we shifted both the district magistrate and the ­superintendent of police from Mathura. 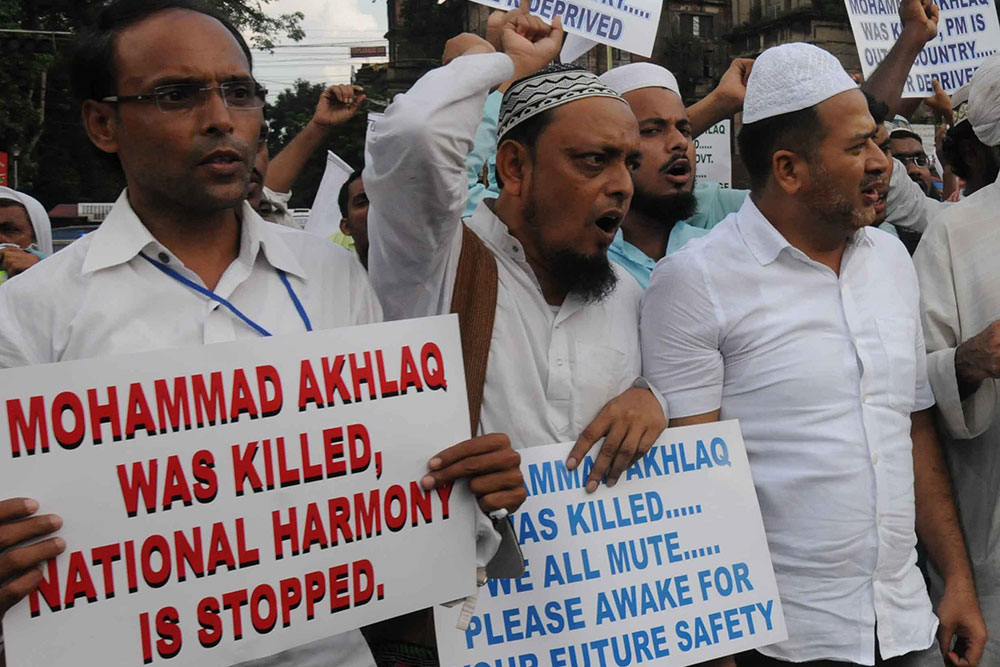 Is mere transfer enough? You yourself ordered the suspension of district officials earlier for milder lapses in the past.

Further action will follow once the judicial inquiry report is submitted.

But aren’t these issues a reflection on your governance and don’t they go to show that your policing is bad and corruption is rampant in the ranks?

“BJP cannot rise beyond tall announcements devoid of any achievement while BSP has nothing other than stone monuments ­ and statues to display.”

We have been prompt in ordering punitive action against anyone overstepping their authority. Even senior police officers have not been spared wherever they were found to be indulging in acts of corruption. Also, yes, (the crisis) we have been facing was that of an acute shortage of policemen. We have recr­uited 75,000 constables with utmost transparency. A new policy has been made for time-bound promotions for cops to end the stagnation which often led to frustration and adversely affected their ­efficiency and commitment. We are also in the process of providing better working and living conditions by building modern pol­ice stations and affording ­accom­modation for the lower-level staff.

What about incidents of killing of pol­icemen, which speaks volumes of the lawlessness that prevails?

This is a sweeping allegation. In every case, we have made it a point to bring the guilty to book. And let me also tell you that this is the first time that the government has taken a decision to give a minimum compensation of Rs 20 lakh together with a job as a gazetted officer to the next of kin. In certain cases, we have given higher amounts too.

How do you see the politics of the state shaping up right now?

(Smiles) I can see a triangular contest coming up. Both BJP and BSP can be seen gearing up their ranks. But it is clearly evident that neither of these parties have the capability of getting anywhere close to SP. But of course I would want that both should pump in all their energies and no party should surrender. We are ready for a full-scale poll battle.

You mean to say you are going to face the main contest from BJP and BSP?

Well, I do not see either of them posing much of a threat to us. BJP cannot rise beyond making tall announcements without any achievement to showcase while BSP has nothing other than stone monuments and statues to display. Sure enough, none of these stand anywhere in comparison to all that the SP government has done in just four years. People can clearly see the difference that we have brought through various development projects executed by us. And I am sure people want true development rather than just lip service, statues or just an overdose of divisive politics.

It is widely thought that your hands are tied by members of your family. Has that diminished the institution of the CM?

It has been four years now. You should appreciate what has been delivered by my government rather than harping on these things at this juncture.

Do you think there is any chance of your party bouncing back to power?

People are quite capable of making a comparison between what previous governments achieved and what this government has been able to deliver. Our work will speak for itself and convey how we alone are capable of fulfilling the aspirations of people from all walks of life—­be it the youth, the farmers, women, the downtrodden and the oppressed.