What would Nehru see if he were to revisit India today? He’d be happy to see his basic blueprint in action. (So what if the details mess it up.) 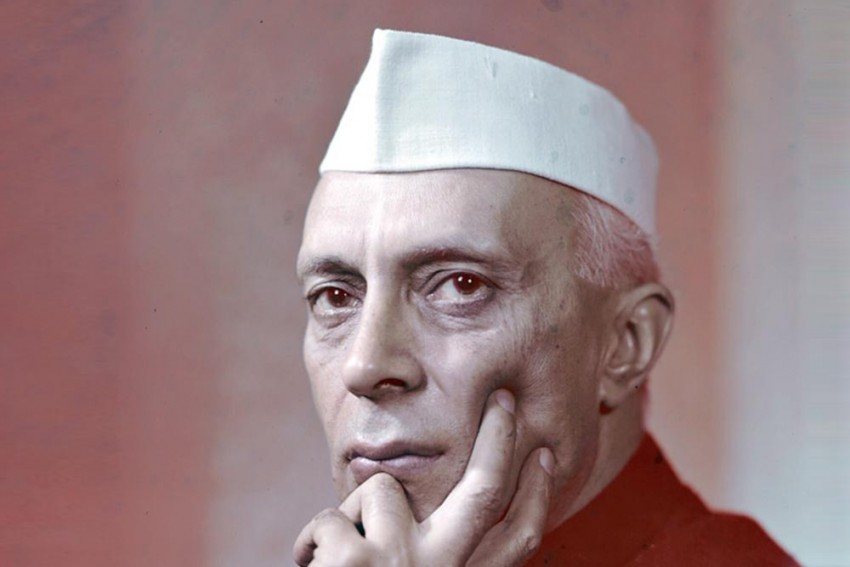 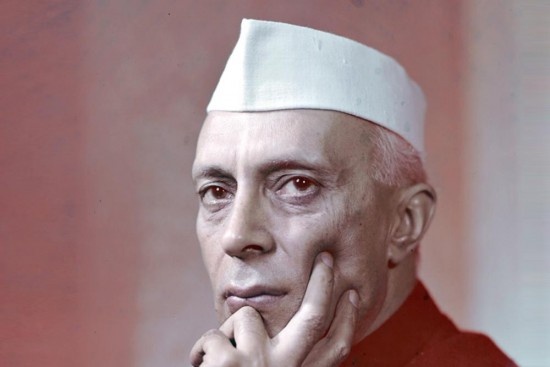 I think he would be delighted to find that democracy ­remains firmly entrenched in the soil of his beloved India, nurtured by the Constitution he so laboured to shape in the name of “We, the people of India”. For Nehru was among the very few freedom fighters from colonial countries who fought not just for the independence of his country, but principally for the liberation of its people. Note that at the time of Independence, there were only 51 member-states of the United Nations. Today, there are 198. Thus, close to 150 new nations have emerged into liberation of one kind or another since August 1947. But of all 150, India rem­ains about the only one to have become and remained a dem­ocracy all these years. That is why the uninterrupted continuation of constitutional democracy remains Nehru’s and India’s biggest accomplishment (remember, even Indira Gandhi’s Emergency was declared within the framework of the Constitution and so validated by the Supreme Court). This is the singular achievement that could be said to have fulfilled Nehru’s dreams for India and Indians.

Moreover, despite the saffron baggage with which the current dispensation has come to power, a baggage that includes huge admiration for Hitler and Mussolini, India remains democratic, notwithstanding the personality cult being so assiduously built up over the last two years. That Nehru would find reassuring.

He would also be proud that the initiative he took in 1959 to instal democracy at the grassroots through the three-tier panchayat system recommended by the Balvantray Mehta Study Group should now, at the initiative of his grandson, Rajiv, have blossomed into nearly 2.5 lakh institutions of democratic local self-government to which the people have elected some 32 lakh representatives.

An India of love jehad, ghar wapasi and ­marauding gau rakshaks would have left Nehru, the champion of secularism, appalled.

He would certainly have appreciated Rajiv Gandhi’s perception that, while the Constitution of 1950 might have made us the world’s largest democracy, it had also left us as the world’s least representative democracy. The 73rd and 74th amendments pioneered by his grandson have filled that gaping lac­una. The amendments have also taken profound care of Dr Ambedkar’s concerns by basing SC reservations on the share of the SC population at each tier of the local government system, thus ensuring that the larger the SC presence at any given level of governance, the louder and more influential the Dalit voice. He would also have particularly welcomed the progressive increase in the share of women, including SC/ST women, elected to the panchayat system, from the prescribed one-third to now a full one-half in at least 15 states of the Union and the pending legislation in Parliament to make 50 per cent reservations for women in the panchayats and nagarpalikas a constitutional requirement. We already have more elected women in India (14 lakh, of whom 86,000 hold office as president) than in the rest of the world put together—an achievement in women’s empowerment without precedent in history or parallel in the world. Also, the many special provisions for the STs, including PESA (The Panchayats [Extension to Scheduled Areas] Act, 1996) would have pleased this early champion of tribal rights.

He would, however, be deeply disappointed that despite the institutionalisation of panchayats, by according them constitutional status that renders panchayat raj mandatory, the political and social empowerment of panchayat representatives has largely not been followed up with genuine administrative and economic empowerment.

Hence, alarming inequality and non-inclusive growth—the two principal threats to the stability of our dem­ocracy—need to be addressed by inclusive and participatory governance through self-governing panchayats at the grassroots. If up to 85 paise in the rupee is not reaching the people bec­ause of the heavy adm­inistrative cost of inefficient bureaucratic delivery mec­hanisms, only a devolutionary revolution that ent­rusts to the elected pan­chayats the last-mile delivery of all aspects of the development process will rescue both equitable development and grassroots democracy.

In this Nehruvian perspective, India’s progress in the 21st century cannot be regarded as a matter of economics only. For democracy to endorse development, that development has to be equitable. Equitable development demands prioritising panchayat raj as being the necessary supplement to economic reforms to carry the fruits of faster growth to the people at large. This was the perception built into the Nehru-Gandhi model of “growth with social justice”. That model is at grave risk in the centralising, personality-centric model of development now being imposed on the country. If we are to move towards the Mahatma’s ideal of “wiping every tear from every eye” (that Nehru invoked in his first Independence Day address), we must ensure inclusive growth through inclusive governance.

The complex technicalities of how to proceed on this path have been spelt out in detail in the 2013 five-volume report of the expert committee on panchayat raj that I chaired. The report, alas, lies mouldering in the attic of the Panchayat ministry and the withering archives of the now-defunct Planning Commission. In consequence, we are in danger of losing either democracy or development or perhaps both.

Nehru understood as no other the intimate link between secularism, democracy and cultural pluralism—which was the principal reason Gandhiji chose him as prime minister, overruling the provincial Congress chiefs who had other preferences. If Nehru were to return today, his delight over the apparent stability of democracy in the country would be tempered by deep concern over the threat to secularism that lies like a dark cloud over the future of the country. An India of love jehad, ghar wapasi, marauding ‘gau rakshaks’, ­academic intolerance and the progressive abandonment of what he called “scientific temper” would leave him appalled. Nehru would see this insidious undermining of secularism as the single most dangerous threat to everything the freedom movement stood for—which is why, of course, those now responsible for the threat to secularism never were part of the mainstream freedom movement. As one of Nehru’s many biographers, Prof Judith M. Brown, remarks in her book Nehru: A Political Life (pp.224-225): “Though he (Nehru) recognised that many Hindus did not and ‘would rather do without the Muslims, I think that would be a fatal disaster.’”

Hence, his fierce assertion at Ram Lila grounds in 1951: “If anyone raises his hand against another in the name of religion, I shall fight him till the last breath of my life—both from within the government and from outside.”

The progressive distancing of the government from the strict standards of secularism, its quibbling over words (dharmanirpeksha or panthnirpeksha) to justify its ambivalence over minority rights, its patronage of vulgarly communal ­elements, and its inclusion of persons of doubtful secular credentials even in the council of ministers, all bring into question the future of Indian secularism. The one hope is that we are a secular people not because Nehru or Gandhi told us to be secular but because that is our civilisational heritage. The saffron crowd cannot alienate us from that heritage.

But Panditji would not rest his oars at that. He would expect the people, leaders and political parties to be secular activists—det­erminedly confronting communalism both in thought and deed, controlling riots, defending minority rights and ensuring that governance is run in strict compliance with the letter and spirit of the secular provisions of the Constitution. His apprehension would be that given the Hindutva assumptions and predilections of the current establishment, his party should rise to the challenge and not be seduced by the siren call of “soft Hindutva”. He would, I believe, share his grandson’s view that “only an India that is secular can survive” and that “an India without secularism perhaps does not deserve to survive”.

Nehru would feel richly rewarded by the progress registered. He would not regret the reforms undertaken since 1991, indeed since Indira Gandhi’s second coming in 1980, for he would regard the reforms as having been made possible, indeed imp­erative, because of the transformation of the colonial economy into a dynamic developing economy as a result of his pursuit of the “socialistic pattern of soc­iety”. It is usually forgotten, particularly by the “L&G” (liberalisation and globalisation) lobby, that the average annual rate of growth was raised in the first decade of independence from 0.72 per cent over the period 1914-47 to over 3.5 per cent—a jump of five times, never thereafter equalled.

He would, however, be horrified at the crass materialism that the new economic era has spawned, the morality of “grab what you can” that has overpowered the ethical values propounded by Gandhiji, and in particular his and Nehru’s emphasis on the ends never justifying the means. Now, the prevailing moral ethos, especially among the beneficiaries of growth, that is, the booming middle class, is their lust for the accumulation of wealth by any means whatsoever, unburdened by the call of conscience or any empathy for the deprived (Vaishnava janato—what’s that?). This greed and selfishness is only going to grow with further economic growth in the coming century. While the middle class expands, many millions of the poor and deprived will be left out. India will prosper; most Indians will not—and those who prosper won’t care a damn for those who don’t. That betrayal of the ideals of the freedom movement would certainly disturb Nehru and his generation.

On the foreign policy front, Nehru would probably be pleased to see the marginalisation of the Non-Aligned Movement, for he never believed in NAM. He considered non-alignment a shorthand term for independence and sovereignty in international affairs, and only reluctantly went along with Tito and Nasser, who wanted the non-aligned to band together and, in effect, become a third bloc in the Cold War.

But he would be deeply concerned at India getting entangled in the second cold war emerging between China and the United States, especially at India being designated a “major defence partner” of the US. If India abandons the peace mission that Gandhi and Nehru emb­arked on in the blood-soaked first half of the twentieth century, that would be tantamount to placing us in the position of Europe that destroyed itself in two wars that India did not suffer. We have completely forgotten the blood-letting and horror of war. Xenophobia, jingoism and paranoia are the current manifestations of “nationalism”. It would be a disaster if we so forgot the ideals of non-alignment as to join the ranks of the warmongers in the remaining years of the 21st century.