If On A Balmy Night A Novelist

Amit Chaudhuri revisits Bombay, and collapses into a post-modern echo chamber, where authorship and memory are tossed up. Is this really a novel? 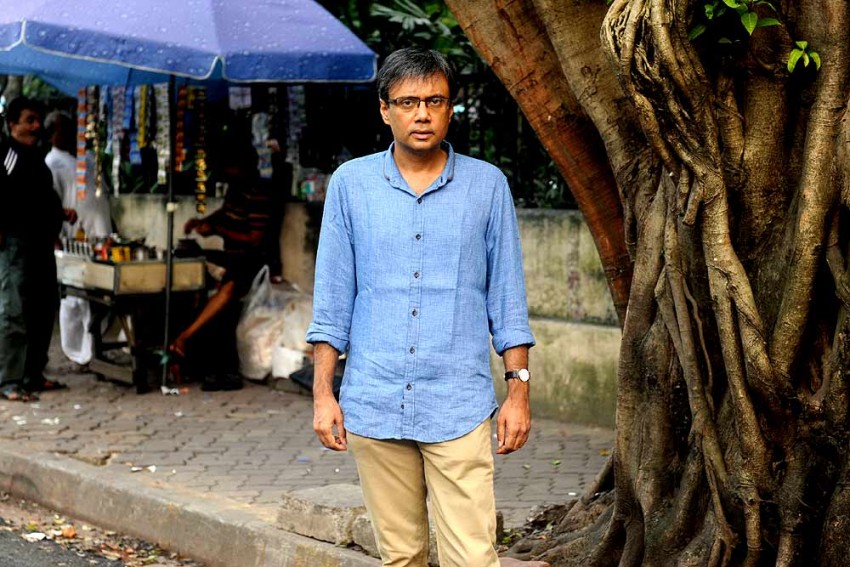 Photograph by Sandipan Chatterjee
Jerry Pinto May 04, 2017 00:00 IST If On A Balmy Night A Novelist 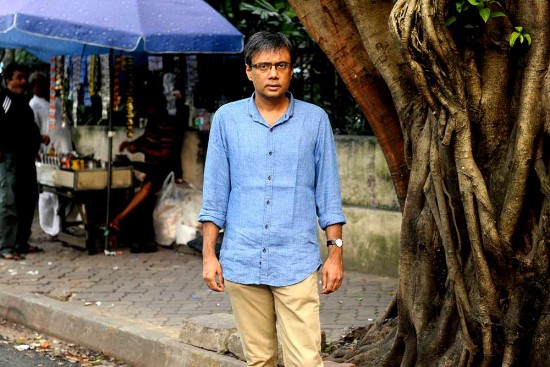 This is a detective novel by Amit Chaudhuri. Its main character is a writer called Amit Chaudhuri, someone who wrote a book called The Immortals and anot­her called Afternoon Raag. There is a friendship gestured at in the title, but it is revealed as neither necessary nor satisfying nor even real in the way we expect the ‘real’ in accounts of literary friendships. The friend, Ramu, is a drug addict. At one point, the literary reader finds that the addict is in a rehab programme that will last two years and s/he lets out a sigh of relief: here comes the salutary absent presence, of which Julius Caesar in Shakespeare’s play, so beloved of Indian schoolboys, is the best example. No, the relentless writer Amit Chaudhuri bri­ngs him on stage. He is not loveable, he is not loved. The two men do not in their gestalt become bigger because of their relationship. They are both infantilised by its traditions; they indulge in a badinage that is ugly and cum-stained with machismo.

The backdrop, Bombay/Mumbai, has never revealed itself to the character cal­led Amit Chaudhuri. He felt contempt for the city he lived in until he had to leave. Now, he will return to it for any reason, including a holiday at the Taj Mahal Hotel. This is not how he takes holidays, he says, and here you are free to choose whether this is Chaudhuri qua character or Chau­dhuri qua writer who speaks of how wri­ters “might not earn much by way of fees, but every part of our trip is covered.... We’re the pound of flesh that must be repaid in full.”

Why is Friend of My Youth a detective story, you might ask. There is no body here and no question of a whodunnit; no one does anything. But that may be pre­cisely the antipoint that Chaudhuri (the not-novelist) is trying to make when he crafts this word artefact. (It reads like a non-fiction account of several encounters with the city.)

In good post-modern style, he lets us know too that he is writing it and tells us why it is a novel, even if it is populated by real-life characters, including the city’s poets: Adil Jussawalla, Ranjit Hoskote, Arundhathi Subramaniam and Anand Thakore. Here is his explanation: “What marks out a novel is this: the author and the narrator are not one. Even if, by coincidence, they share the same name. The narrator’s views, thoughts, observations—essentially, the narrator’s life—are his or her own. The narrator might be created by the author, but is a mystery to him.”

The novel is a form against which Chaudhuri—and here I give up and conflate the two, collapsing creator and creation—has raised the banner of rev­olt. “I tried to escape globalisation by taking leave of the novel,” he writes. “Does every experience I have need to be addressed by this one form?” he asks a journalist.

When Adil Jussawalla tells Chaudhuri that Horniman of Horniman Circle was a Jewish benefactor, who got the facts wrong about this Celtic editor of the Bombay Chronicle?

Every marker has been jettisoned, inc­luding the trademark carefully-crafted prose. Chaudhuri is now talking to you in the casual register of the friend, pushing this to its logical extreme: “Now I don’t spectate on him as I do on the city,” he writes. And “Families; boys straining; fathers complacent; the mothers hara­ngued.” What do you make, gentle literary reader, of those semi-colons? How will you parse that ‘harangued’, used in the passive voice, which elides the need for Chaudhuri to say who has harangued those middle-class women at Kamala Nehru Park? “My mother sat down on the sofa before which the broadsheets are kept,” he says. Before?

I can imagine his editor’s dismay. When Adil Jussawalla tells Amit Chau­dhuri that Horniman of Horniman Cir­cle was a Jewish benefactor, who got their facts wrong about this Celtic editor of the Bombay Chronicle? Amit as narrator? Adil as native informant? The real Adil or an Adil worked up for this partic­ular walk through the city? When Amit talks of saas nu machchi rather than saas ni machchi, is this an artless—and rather disgusting—Gujarati pun? This is artful disarray but there is a sav­a­gery underneath it. Read carefully, for this time Chaudhuri does not want you to like him, the city or his characters. Might the quote from Walter Benjamin from his work on the arcades of Paris be a clue? Are you sup­­posed to look for the form of anti-form?

Here, then, is my moment of illumination. Standing on Malabar Hill, Chau­dh­uri looks down on the city: “It’s a mag­­­­nificent scene, an old, old one, which I’d glimpsed from one spot or another in Malabar Hill since I was a child, blankly, appearing to register little; and now, seeing it again, I don’t know what to do with it.” In all those subterfuges, because of all those tricks and games, the light of truth can be blinding. Prepare to be blinded. Or blindsided. Or both.