If Not A Kiss, A Bear Hug

As the Russia bogey grips America, Trump slams the latest charges and names a close Putin friend his top diplomat 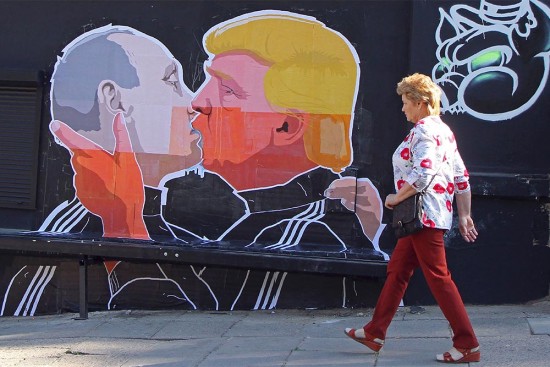 The Cold War might have ended with the Soviet Union’s disintegration and disappearance from the global political map over two-and-a-half decades back. But this has hardly affected Russia’s status in the American establishment as a major adversary threatening US interests around the world.For years, Moscow’s ‘assertive tendencies’ and att­empt to expand its influence beyond its borders have worried American policy-­planners. The annexation of Crimea, aiding and bolstering separatists in eastern Ukraine and a ruthless bombing campaign in aid of Bashar al-Assad’s government troops in Syria have lent factual basis to those fears. Yet, not until recently, did the US try to blame Russia for either meddling in its democratic process or helping defeat one of its presidential candidates.

If claims made by the CIA and the US’s National Intelligence Agency officials are to be believed, there is credible evidence to establish that it was Russia-backed hackers who broke into the computer system of the Democratic Party’s national headquarters and released a series of embarrassing e-mails to Wikileaks. This, as the insinuation goes, could have ensured the victory of Republican candidate Donald Trump.

Whether or not Russia managed to influence the outcome of the presidential polls is being hotly debated in the US. But a strongly perceived threat from Russia seems to be dominating mainstream Ame­r­­ican narrative at a time when the pre­sident-elect has stated that he wants to “get along with Russia” by lowering tension.

“During the campaign Trump made comments in support of Putin and emp­­hasised Putin’s respect for him (in supposed contrast with his alleged attitude towards Obama and Hillary) as the basis of a good working relationship,” says...