Amitabh Bachchan explains why he agreed to star in the Samajwadi Party-produced promotional films showcasing Uttar Pradesh as a well-administered state. 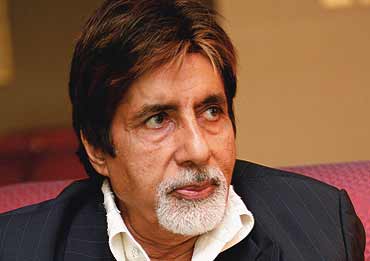 outlookindia.com
-0001-11-30T00:00:00+0553
You once described politics as "a cesspool" and, despite your friendship with some Samajwadi Party members, you've always maintained you don't want to be in politics. Why are you then doing these ad spots saying the law and order situation in Uttar Pradesh is fine?

I maintain I am not in politics. As brand ambassador for UP, appointed by an authorised body, the UP Development Council, I am promoting the state—talking about its progress, development and, in turn, inviting investment. In subsequent ads, I also quote the Central Report on Crime, which states that the overall crime rate in UP is less than in other states. This is a report from the home ministry of the country which is not run by the SP but the Congress. The ads were done to rectify a wrong belief that crime in UP is the highest in the country.

The SP reference comes in because as the party in power (it) wishes to make a statement about the state. They fund the ad. No public funds are being utilised. And nowhere is there any reference or request to the viewer to vote for the SP. These ads have been scrutinised by the Election Commission. It too has not found them to be infringing any code of conduct. Which is why, despite the announcement of elections, the ads continue to air in the electronic media.

The ad differs from ones you've done for the pulse polio campaign and the one where you urge people to pay their electricity bills. In those ads, you use your role model status to make people do the right thing. Here, you give the SP government a clean chit on the law and order front. This makes you a virtual party member...

I'm not an SP member. But I do enjoy close family relationships with members of the party. I was born and brought up in Allahabad. UP is my janmabhoomi. As the formal brand ambassador, seven generations of whose family were born and died in UP, I consider it a privilege and an honour to be given an opportunity to promote the better qualities of the state, to correct the wrong impression being created by rumours and incorrect propaganda.

You are a great star and an icon of our times. Your fans are shocked to find you endorsing something that is palpably wrong. Aren't you damaging your own credibility?

I am neither a great star, nor an icon of our times. I am the officially appointed brand ambassador and a concerned UPite merely stating what the Central Crime Report contains. If you feel I am endorsing something 'palpably wrong', you need to check this with the Union home ministry.

I reiterate I'm the brand ambassador of UP. The SP comes in because it is in power. If tomorrow another party comes to power, and is desirous of utilising my services to propagate the state, I would happily do it. It would still be an honour and a great privilege.

A Pinch Of Salt 'n Pepper