Ibrahim Helal is deputy managing director of Al Jazeera English, the Qatar-based news network about to release in India. 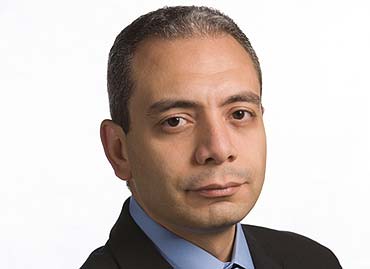 Is there a kind of "information imperialism" among Western-owned news networks?

Not exactly. The goodwill is there to cover news from the South, but goodwill isn’t always enough. There are a lot of stereotypes that overwhelm the way you look for example at floods in India or Pakistan, if you are working from the UK or the USA.

Do they skew global perspective towards Western interests?

The war against Iraq in 2003 is a living example. Yes, some of these networks dealt with the issue of weapons of mass destruction with doubt, but when talking about how the Iraqi people would welcome the American-British troops, their narrative was that it was a matter of time before stability and democracy would be seen in Iraq. Look at the situation now!

Are you a media front for the non-Western world?

Al Jazeera English is not a media front for anyone. It aims at being a news service – a tool to get information and analysis of what is going on around the world.