Home  »  Magazine  »  Arts & Entertainment  » Interviews  » Interview »  “I Would Love To Carry The Bequest Of My Dida, But With My Own Persona”

“I Would Love To Carry The Bequest Of My Dida, But With My Own Persona”

In a freewheeling interview, Raima Sen looks back at her journey as an actress, her memorable roles in Hindi and Bengali cinema, sibling rivalry at home with Riya Sen, her mother’s foray into politics and, above all, her legendary grandmother’s decision to turn a recluse at the height of her fame. 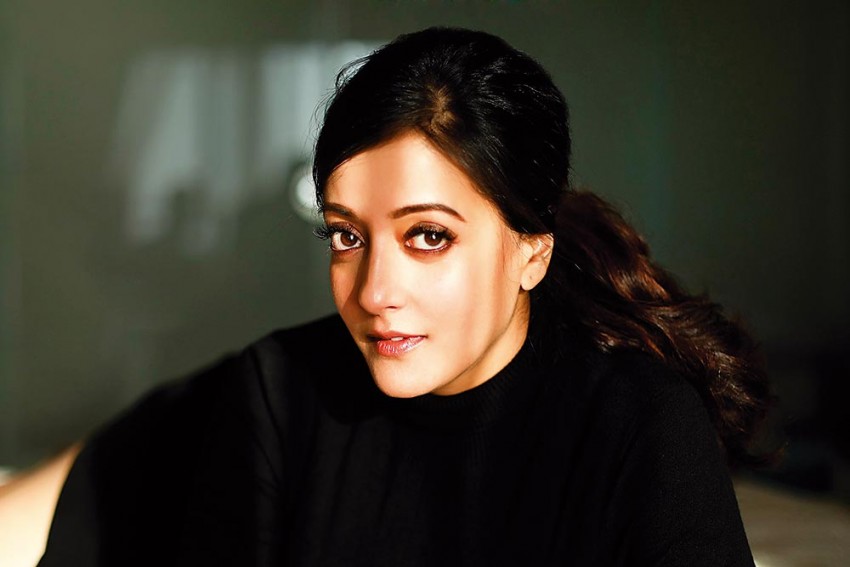 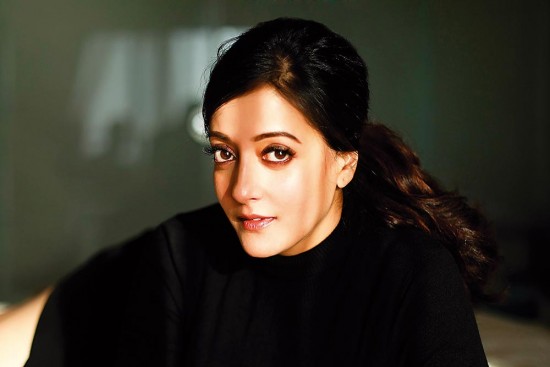 Comparisons with her iconic maternal grandmother Suchitra Sen (1931-2014) were perhaps inevitable when Raima Sen ­impressed critics with Chokher Bali (2003) at the very outset of her career. Undaunted by the heft of huge expectations, Raima gradually evolved on her own as a “thinking” actress, doing an array of meaningful movies in both Hindi and Bengali cinema over the years. In conversation with Giridhar Jha, she talks about her career, family, her ­actress-mother Moon Moon Sen’s foray into politics and, above all, why her legendary grandmother chose to turn into a ­recluse at the height of her popularity. Excerpts from the interview:

How has your journey in Hindi films been since your debut in Godmother (1999)? Many believe you should have been in the ‘top league’ with the kind of promise you showed quite early in your career with Chokher Bali? “Until Rituparno Ghosh gave me Chokher Bali, nobody had noticed my work. That movie changed the course of my entire ­career.”

As a person and as an actor, I am satisfied with my journey so far in Hindi cinema. I feel that I am blessed. I do not do everything that comes my way. I have experienced all kinds of ups and downs. I started my career with Hindi films before making my debut in Bengali cinema, but those films didn’t take me anywhere. No one noticed my work until Rituparno Ghosh gave me Chokher Bali. That film changed the course of my entire career; and suddenly everyone took notice of me.

I am a director’s actor and have been learning every day. I feel that working with the crew and cast that I was for­tunate to work with helped me grow from strength to strength. I have no regrets of having done anything differently back then and I take every day as if it were a new opportunity for me. Raima Sen in The Japanese Wife

You have earned a lot of critical acclaim for your performances. Which are the roles you look back at with pride and satisfaction?

You have mostly been part of small-budget, indie movies. Has the decision to steer clear of ­big-budget, mainstream cinema been a conscious one?

I like all kinds of cinema. There are many factors that come into play while giving the final nod to any project, the most important being the script and the director. I have always ­selected the script over the budget. I want to work in good and entertaining films, not in big films. However, if good and ­entertaining cinema becomes commercial, I would be more than happy. Earlier, commercial films usually had weak story lines and were not realistic. But now they are gradually opting for good content, talking about real issues. Toilet: Ek Prem Katha (2017), for instance, turned out to be a commercial success. Lately, we have also seen many mid-budget indie movies such as Sairaat (2016) becoming big commercial hits.

You happen to be the great Suchitra Sen’s granddaughter. It has often been said that you have the potential to carry forward her legacy. Has this been advantageous or disadvantageous for you as an artiste? It must have been rather intimidating, trying to live up to such expectations.

I have been told by people that I look like her. I feel good, but at the same time I feel that I have big shoes to fill. When I started off, it did put pressure on me as a lot of people started comparing me to my grandmother and mother. My grandmother was a legend and we, as a family, are extremely proud of her. She is also a constant source of inspiration to my mother, me and my sister (actress Riya Sen). All the guidance that I got in the early phase of my career in the industry—as to what type of projects to select, how not to get typecast, how to manage schedules— was given by her. It was extremely advantageous for me to receive such guidance.

But I also feel that every individual is different and although I would love to carry the bequest, I would add a lot of my persona to it, just like her. Her persona rubbed off onto every role she did. That made the audience relate to her more. However, I am responsible for my career path and compare myself only with my past performances.

What was your childhood like and how was your bonding with your grandmother?

Nobody would believe me when I would say that I had a very normal childhood. Our family was very connected to its roots and my sister and I had a normal schooling. We used to take trips during summer vacations as a family. I studied at Loreto House School. Our parents never allowed that air to affect us. The one thing that might be different was that as a kid, I used to visit the movie sets with my mom and grandmother.

My bonding with my grandmother was very special. I used to discuss the smallest of things with her with ease and she would always give me the best advice from her immense experience. She was a doting grandmother, to say the least.

Your grandma turned into a recluse after quitting movies. She has often been referred to as the Greta Garbo of the East. It is said that she even declined to accept the Dada Saheb Phalke Award sometime before her demise. How do you look back at her decision to stay away from the limelight at the peak of her popularity?

Dida got many awards. She was the first Indian actress to receive an international award in 1963 at the Moscow International Film Festival for the best actress for a Bengali movie called Saptapadi (1961). In 1972, she was awarded the Padma Shri. She was also ­conferred the West Bengal Government’s highest honour—Banga Bibhushan. After a stupendous career spanning more than 25 years and 60 films, she ­decided to hang her boots. She was a very spiritual person and this might be one of the reasons. As a person, I respect her decision. I feel every person has a right to lead a life the way they want to.

What do you have to say about your grandmother’s filmography, especially the films she did with Uttam Kumar in Bengali cinema or the Hindi gems like Devdas (1955), Bombai ka Babu (1960), Mamta (1966) and Aandhi (1975)? Given a chance, which of her roles you would like to do if a remake were to be made today?

Her filmography remains unparalleled. Sharey Chuattar (1953) is remembered for launching Suchitra Sen and Uttam Kumar as a pair. Dida acted in around 30 films with Uttam Kumar. Some of her hits, such as Agni Pariksha (1954), Grihaprabesh (1954), Indrani (1958), Jiban Trishna (1957) and Har Mana Har (1972) are timeless classics which are watched and admired even today. Others like Deep Jwele Jaai (1959), Uttar Falguni (1963) and Saat Pake Bandha (1963) still give me goosebumps.

She received the best actress award nomination for Devdas, which was her first Hindi movie. Aandhi and Mamta went on to become all-time classics. Given an opportunity, I would like to do the role she did in the Bengali movie Surya Toran (1958). It was based on the The Fountainhead by Ayn Rand. Dida beautifully essayed the character of Domnique in the movie. Photograph by Getty Images
“Yes, my mother has ­taken to politics actively. I take life as it happens, one thing at a time. Right now, I am extremely ­focused on my career.”

How do you look at the growth of the Bengali film industry over the years? Given its legacy of legends, from Satyajit Ray to Rituparno, is it still coming out with quality stuff that will stand the test of time?

There is no fundamental difference among the various industries. Good content is appreciated everywhere and in every language. The days of ‘regional cinema’ are over; nowadays it is ‘regional language cinema’, which is appreciated internationally. But commercially, there is a difference as Bollywood movies have a larger audience than Bengali movies, which have a relatively limited number of viewers and get fewer ­exhibition ­opportunities and returns. I am a Bengali, born and bought up in Kolkata and my mother and grandmother have worked in the Bengali and Hindi film industries. Although my career began with a Hindi movie, the turning point came through Chokher Bali, a Bengali film. I am happy and blessed that I have worked with all the good Bengali directors.

There was, of course, a time when nothing was working in the Bengali space and various ­remakes did not do well. But now, we are back on track and every dir­ector wants to tell a new story. Today, producers are in a space where they can spend Rs 4 crore on a Bengali film, plus some more on promotion and marketing. I ­believe budgets speak for the ­industry’s growth. The Bengali ­industry is now catering not only to the Bengali audience but to non-Bengalis too.

Which of your forthcoming projects are you eagerly looking ­forward to?

Every project is close to my heart as I am very selective about my work. Vodka Diaries was released last month followed by Kuldip Patwal last week. I have 3Dev coming up. Then there is Ishq Kabhi Kariyo Naa opposite Prateik, a romantic thriller directed by Rana Bhatia. Varanasi is also slated for release later this year and so is a Bengali film called Sitara. Right now, I am working on Churni Ganguly’s film called Tareekh (Timeline) and another film about Bangladeshi immigration, which is based on a true story.

With your sister Riya Sen in the same profession, there must have been an intense sibling rivalry at home?

Riya and I are more of best friends than sisters. There is absolutely no sibling rivalry. We have many things in common as we share the genes. Since I am more familiar with the Bengali film industry, I do my best to make sure that she gets the best of everything. Honestly, I’d love her to do more Bengali films and she would want me to do more Hindi films.

Your mother joined politics and became a Trinamool Congress MP in 2014. Do you nurture any ambition to ­follow in her footsteps and join politics someday?

Yes, my mother has taken to politics actively. I take life as it happens, one thing at a time. Right now, I am extremely ­focused on my acting career. I am shooting for two films and promoting two others.