A.R. Rahman on the experience of doing music in English: 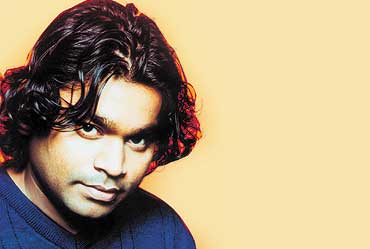 Was working in London a culture shock?
London is not a bad place (to be discovered by the West). It's just eight hours from Bombay, six hours from New York, 10 hours from Chennai and one hour from Paris. I haven't counted the time to Hollywood, but I have some offers there.

But don't you think the East is East and the West is West and the twain will never meet?
I want Indian singers to go global. And go for the Grammy awards. Why not? We have fantastic singers but we need a new attitude that can bridge the gap between the east and west. Sometimes what is very good for us might not be welcomed outside, and so we need to do something about that.