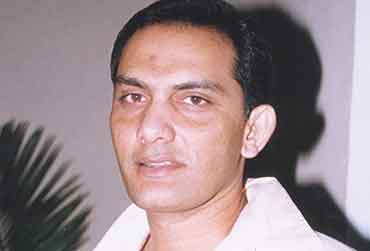 In July 2000, officers of the income tax department conducted close to 100 raids across many cities in India. Called Operation Gentleman, the target of the raids were mostly the who’s who of the Indian cricketing establishment and it was linked to the then ongoing match-fixing inquiry being conducted by the Central Bureau of Investigation (CBI). One of the documents seized from a home in Mumbai was a facsimile sent by former India captain Mohammed Azharuddin. The intended recipient seems to have been Sangeeta Bijlani. Consisting of many pages, in Azharuddin’s own handwriting, it is his recollection of what transpired when the CBI’s match-fixing investigative team grilled him for nearly eight hours. According to sources, the CBI’s own interrogation of Azhar was videotaped and the tapes lie with the agency. In the report the CBI finally made public, they castigated Azhar and it subsequently led to a life ban on him as a player.

But the report revealed only the tip of the iceberg. Below is the first ever confession of an Indian cricketer in his own handwriting. Obviously written by Azharuddin to keep a record of what transpired when he was being interrogated by the CBI, it also looks like a document prepared to get some kind of legal opinion. Azharuddin admits to his links with mafia don Abu Salem, a host of Indian cricketers viz Ajay Sharma, Ajay Jadeja, Nayan Mongia, and links with bookies like the famous Mukesh K. Gupta whom he introduced to the former South African captain Hansie Cronje. He also takes potshots at Sunny Gavaskar and a certain Sachin. The Gavaskar potshot is related to his telling Manoj Prabhakar in the Tehelka.com investigation into match-fixing in cricket that Azharuddin fell short of money for a watch in Zimbabwe and had somebody transfer US $10,000 to him. Here Azharuddin seems to be getting back at him, albeit unsuccessfully. In a story that might take a new twist once Abu Salem is extradited to India from Portugal and questioned by the CBI, we present Azharuddin unplugged. The excerpts below are an exact reproduction of Azhar’s handwritten note—with errors and oddities of languag intact. It is in a question-answer format devised by him to explain what transpired between him and the CBI. When contacted (see box), all Azhar could came up with was "I can’t remember these things".

Q: The CBI asked me about RM? A: I told them I don’t know anybody by this name as I genuinely never heard about him or know him. The CBI was very keen that I tell them I know him, but the other officer interfered and said that he had spoken to RM sister and she said that they don’t know Azharuddin.

The CBI asked me do you know him, I said no. I really don’t know him. Suddenly one officer said, who’s the cricketer who got a very expensive necklace for his wife, I said that is for you to find out, I am only narrating what I read in the newspaper. (One of my friends in Hyd has confirmed that Shoban Mehta has links with Sachin and deals with him regularly).

Q: How you know him
A: I told them he was the captain of Delhi Cricket team for a long time, my roommate when playing for India.

Q: Why was Ajay Sharma calling you 8 to 10 times only before the matches not otherwise?
A: I told them that his son was not well and he was trying to get in touch. The CBI told me that though he was calling you, but after he called you, Ajay was calling a lots of bookies in Delhi. I told CBI that I was not aware what he does in his private life and it doesn’t concern me. They refused to believe me. (The only problem I have is with this Ajay Sharma). (I told the CBI that I took money 10 lakhs for providing information in three games. I also told the CBI that I talked to Mongia and Ajay Jadeja about this. 1. Sri Lanka vs India in 1997. 2. India vs South Africa in Rajkot 1996 Titan Cup. 3. India vs Pakistan in Jaipur in 1999). The CBI told me that Ajay Sharma’s wife called your residence in Bombay quite a few times but you didn’t talk to her. The CBI says that Ajay Sharma is your good friend but how come he is not calling you 8 to 10 times nowadays. If Ajay is your good friend he should call you because you are under a lot of strain and stress.

Q: Whether you had called for money from Sanjeev Kalra 10,000 dollars.
A: I had not called for money from any person. It was Sunil Gavaskar who wanted to get money from his friend some Kalra, because he had said that on many occasions he has got money from Kalra and one phone call from him & 10,000 $ will come instantly. I refuse to take Sunil Gavaskar’s offer. I don’t know whether SG got the money & I do not know what he did with it because I never bought a watch.

It is all fake and fabricated and he has a personal grudge against me for last so many years. He is been trying to pull me down and malign me. This is also clear from his talk to Prabhakar on Tehelka.com where he says Azhar ko to fix karna chhahiye. This buying of watch is all crap, nonsense and rubbish. Mr Butani has already clarified and I am informed that he is going to take him to court for false statement.

I know him, I introduced him to Cronje as a jeweller after that what they spoke I really don’t know at all. I didn’t tell Cronje that he was a bookie.

Q: The CBI asked me whether you know MK?
A: I said who is this MK, they said we know it is 4 years back, but take your time, think and answer, but I still maintained that I didn’t know him. They got me to see the photograph of him, but still I said no, then they put pressure on me verbally and even got me to see the records of MK’s stay in the Land Mark hotel in Kanpur with all the stay records, where and which room he was staying and they said even now if you say no we have witnesses from the Land Mark hotel who has seen you and Cronje with MK. The CBI told me that you are lucky you are not directly involved but there are others who are directly involved. The CBI said that MK is in their custody and will call him so that you can see for yourself. The CBI even told me that MK is not in touch with me for the last 2 1/2 years. The CBI asked me who introduce MK to you I said Ajay Sharma. Their information is up to the mark. The CBI said we are not going by Tehelka.com or by any other reports we go by what we have. I had no choice but to tell the truth.

Q: They asked me whether you know him.
A: I said no, then they said that during the Chandigarh match in 1996 you spoke to him, I said I don’t know and have not spoken to him. They said he offered you 1.25 cr to fix a match. I said no. I kept lying to them all the time. In the end they played the tapes of him talking to me. It was very embarrassing. I told them that when these people call you have to talk to them otherwise the consequences are bad and life threatening. Luckily for me I was the man of the match in that match and India won the game. The CBI said that we do understand that these things happen. I refused to agree to Abu Salem’s offer. The CBI was aware of that as they had heard that on the tape. The CBI also said that they have hundreds of tapes of film stars, directors and producers who talk to them very regularly.The CBI told me not to speak to these people any more. I clearly told them that was the only time I spoke to these people.

Q: They asked how you know these people.
A: I said I met them in a hotel in Delhi, they said how you can get friendly with them just like that and not others who meet you everyday. I told them they were very nice people. The CBI said you met them through Ajay Sharma. That is the truth and I had no choice but to confirm. The CBI has even got details of his shopping list in Harrods in England, they even saw me in Harrods with him shopping. The CBI says that you and him are photographed in the camera of Harrods. I told CBI that, I know him and went with him for shopping. The CBI says that Ajay Gupta spent 50 lakhs in the shopping. I don’t know how they have this information. I presume they must have interrogated him. The CBI says that they have spoken to him as well. The CBI also knows that I had gone to his house once for dinner. They also confirmed that he is not a bookie just a businessman who likes betting. The CBI also knows that I once gave Ajay Gupta to get a pending license for a petrol station, since they are in the petrol station business.

The CBI asked me about Sunil Devnani. I said he is my classmate from Hyd and he is heading the Sivaki Electronics in Dubai. The CBI says that why his tel no is not registered under his personal name. Even I didn’t know this. The CBI told me it is registered under some Arab’s name. I explained to the CBI that when you do business in Dubai you have to have a local sponsor, so he must be his local sponsor. That was all.

The CBI asked me about Asif Iqbal. I said I know him because of cricket. Does he speak to you. I said on and off not regularly.

They asked me about Ravi Shastri and Butani episode on Tehelka.com. I told them that it was false and I had a letter to clarify. The CBI asked me why cricketers are against you. I told them they have personal grudges and jealous and he also thinks that I was the person who was responsible for removing them from the team.

In the end when I asked them if I could travel abroad they told me enjoy yourself and be normal and said if you have any problems please don’t hesitate to call us.

He never ever disclosed to me or even came to me or talk to me in this matter.

Q: Why everybody is targeting me?
A: Mainly because I am from minority community. I am being victimised and targeted...specially some ex-cricketers raising fingers against me to settle their personal grudges and they can’t stand the idea that a person from the minority community should be in the saddle of Indian Cricket specially when I have remained there for 16 years. I appeal to all the public not to be swayed away by the misinformation about me spread by the media, vilification campaign carried out against me in order to dislodge me and to create dispathy (sic) in the minds of the public. I am not the man who declared 16 crore in the vdis Scheme.