Kiran Nagarkar, one of the most significant writers of postcolonial India, on the current atmosphere and its political underpinnings. 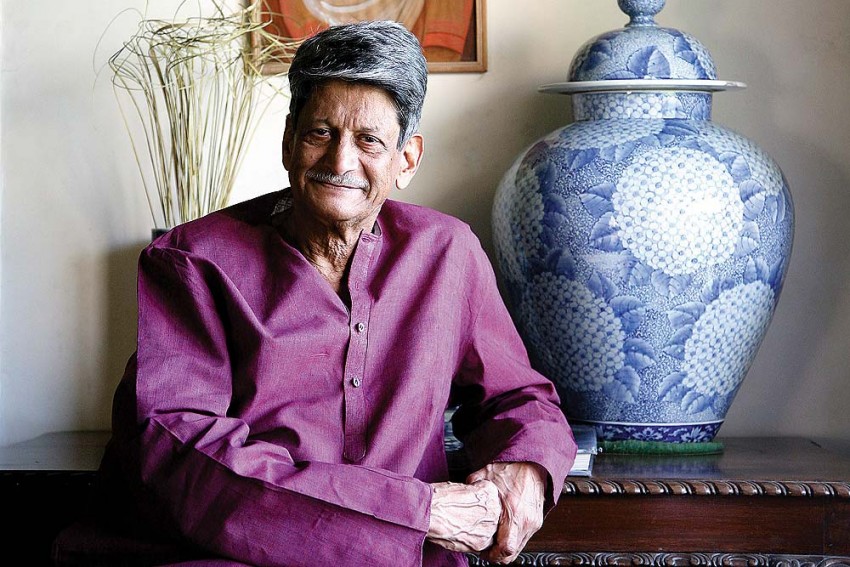 Amit Haralkar
Prachi Pinglay-Plumber October 26, 2015 00:00 IST “I Think Writers Have Woken Up To The Serious Dangers To The Polity” 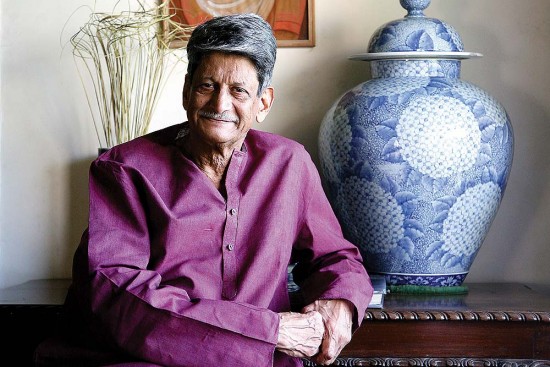 Novelist, playwright and screenwriter in Marathi and English, Kiran Nagarkar is one of the most significant writers of postcolonial India. In an interview to Outlook’s Prachi Pinglay-Plumber, he speaks out on the current atmosphere and its political underpinnings.

Do you believe that intolerance has grown in the recent past or has suppression of dissent always been there?

The level of intolerance has gone up substantially in the last year and quarter. After the appalling massacres of the Partition, communal tensions had quietened in India and whenever they recurred, they were almost always politically motivated. The three glaring instances I can think of are the 1992 riots in Mumbai, the 1984 Sikh massacres in Delhi and the 2002 anti-Muslim riots in Gujarat. All three riots were planned and executed.The Shiv Sena doctrine of spontaneous outbursts is a load of self-serving crap. The current crop of communal violence can almost entirely be laid at the door of organisations under the RSS umbrella. The one common factor is that, even on the rare occasion when the ruling party is not overtly involved, it either looks away or looks upon them benignly. The PM has this wonderful trick of practising an aloof, utterly disinterested silence at awkward moments. His own culture minister came up with a stunning explanation for the brutal murder in Dadri of the man who was accused of keeping beef in his fridge. “It was an accident,” he said. If that is the case, then according to that logic, Hitler could have claimed that the Holocaust was also an accident that killed a mere six million. But the PM’s response to his minister’s shameful evasion was the patented, “Sorry, nobody at home.”

When severely pushed into a corner, he comes up with a platitude like, “It was an unfortunate incident.”Or, “The death in Dadri was sad.” This tepid reaction is all he offers where Muslims or Christians are concerned. On other hand, his favourite explanation is: “It’s a state subject.” Maybe it often is, but who are the provocateurs? His own party men. More importantly, this is a man whom no one, certainly not his own people, dares ignore or contradict. And the PM will not utter a word to chastise his own followers.

Yes, but what about Sena’s threats to the Ghulam Ali concert and the blackening of Sudheendra Kulkarni’s face?

The game that clueless Uddhav and his even more clueless son are playing is primarily against the BJP. Sudheendra Kulkarni was merely the hapless agent they chose to teach chief minister Fadnavis a lesson. The Sena is in the cabinet only because their current partner did not win an absolute majority in Maharashtra. Uddhav is trying to up the ante, hoping that the BJP will hand over more portfolios to his party. The poor man doesn’t seem to have grasped that they are only marginally in power and at the mercy of Modi and his eminence grise Amit Shah.

Will the popularity of right-wing groups go down after all these violent incidents?

That’s nice to think, but delusional. The BJP’s, and especially Modi’s, popularity with the great majority of the people is still near-absolute. And don’t forget they are increasing their membership exponentially, thanks to  the work of the RSS network.

Some groups are criticising the gesture of writers returning the awards. How significant is this action?

“The PM is a man whom no one, certainly not his own people, dares to ignore or contradict. And he will not utter a word to chastise his followers.”

I know that some critics from the Hindutva brigade are mocking the writers who have returned the Sahitya Akademi awards by saying they are climbing on the protest bandwagon only to get publicity. But I think the majority of these writers have woken up to the serious dangers to the polity if they allow the secular fabric of the nation to disintegrate. Will they succeed? That is a moot point, but it is heartening to find that the writers are willing to stand up and raise their voices. It’s too naive to hope but, who knows! God willing, the other denizens of our country will wake up too and force the government to curb its Hindutva agenda.

The question is, should the Sahitya Akademi be the forum for dissent? Is the civil society support lacking?

A few months before Indira Gandhi declared the Emergency, I had begun to write a play called Bedtime Story. The theme of the play was responsibility; that we are all responsible for whatever happens in the world, whether it is at home, in Palestine, Turkey or in the US. I used four stories from the Mahabharata to hammer home my point. Forget anybody performing the play, Bedtime Story was not even allowed to be rehearsed, thanks to both legal and extra-legal censorship. It took 17 years for the play to be staged in Bombay and 38 years before it was published.

What I had grasped and wanted to communicate to my audience was that if we don’t take cognizance of the brutality, violence, prejudice, poverty, starvation, hatred and the demagogic persecution of minorities wherever they occur in the world, take a stand and make our voices heard, we are squarely responsible for the consequences of our inaction. As Hedy Epstein, the outspoken 90-year-old Jewish holocaust-survivor and political activist said after the appalling carnage visited by Israel on the Palestinians in 2014: ”Anyone who stands idly by becomes complicit in what is going on.” Kayla Jean Mueller, who was captured by ISIS and killed a few months ago (it’s not clear whether by the terrorists or by a Jordanian air attack), had even stronger views. She said, “Silence is participation in the crime.” But the most damning indictment of all came from a three-year-old Syrian boy just before he died from being fatally wounded. He said, “I’m going to tell God everything.”

‘My Throat, Unable To Speak, Will Die’