I, The Fierce Poseidon

An editor’s breakneck rise and fall inspires a good thriller, but a dig for moral treasures unearths embarrassments. 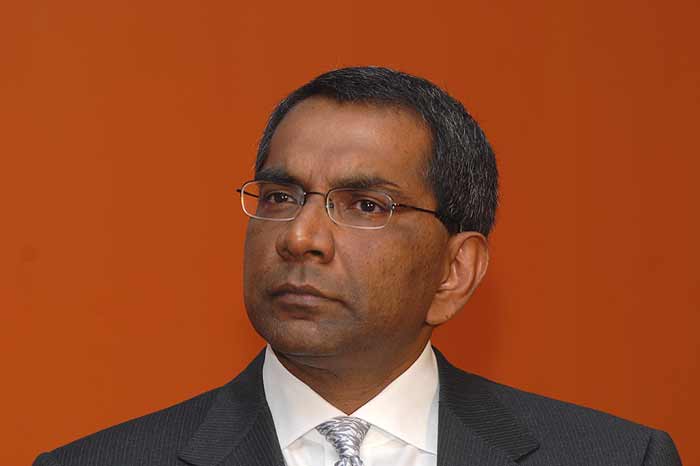 Launched recently in the presence of that Midas literary agent, David Godwin, David Davidar’s Ithaca was accorded the five-star treatment that India’s publishing houses reserve for their most favoured authors: public readings, cocktail reception with Page Three cuties and TV interviews by fawning anchors who probably never find the time to read.

Ithaca also announced the return of a prodigal (its Biblical significance will become evident later). Davidar’s successful steering of Penguin from a fledgling office to India’s most prominent publishing house is still remembered. His triumphant journey beyond India to Canada and its abrupt end cut short what was widely regarded as a fairytale career. Now a publisher with his own imprint, Aleph, Davidar is all set to conquer the land of his birth once more.

Ithaca, his third and latest novel, must be read in the context of this prelude, for it documents both the personal and professional trajectories of someone who has, it appears, suffered a pretty devastating burn-out. Ithaca introduces readers to a sharp young Indian editor, Zachariah Thomas, whose physical description makes him a kind of Davidar doppelganger. For those in the publishing world who have watched the rapid flits of young editors from one publishing perch to another, Ithaca will often evoke these ‘I know this person!’ moments. Often, Davidar dispenses with the niceties of identity protection and many beloved figures come as they are. A character in fact describes Davidar to Zach as a man who battled Delhi’s myriad problems to achieve the sort of standard the country had never seen before. The result, he says, is ‘this gorgeous book’, picking out Vikram Seth’s A Suitable Boy.

However, put aside the guessing game for a minute and concentrate on the deeper truths revealed in this view from within: how authors are packaged and sold, how ageing, worthless has-beens are pandered to and how commerce and trade—not content and style—determine literary successes. These are the games played now in the big bad world of publishing, according to Zach.

This insider’s view of high pressure international publishing acquaints us with sleek foreign women who can pussy-whip deviant authors and editors, fat cat Americans who gobble impecunious but worthy publishing houses over breakfast in posh restaurants, Frankfurt’s sexual politics and snakes-and-ladders boardroom deals. Above all, it has a Steig Larsson-like bestselling author (Massimo Seppi) whose ‘Angel’ books propel Zach and his publishing firm, Litmus, into the Big Seven league.

The publisher of Litmus (who has more than a passing resemblance to Diana Athill) is a self-assured sophisticate who grooms and promotes Zach. When Litmus is faced with the possibility of a takeover by a greedy and cash-rich American, they desperately seek some way of avoiding this fate. Zach’s discovery and successful chase of a lost Seppi novel takes him on a run (London, Delhi, Sydney, Toronto) written like a detective thriller, with twists and turns that can end either in triumph or disaster. So far, so good. But what of the grand references to Cavafy’s Ithaka, a journey of epiphanic moments pointing to one’s true self?

Marrying an epic with a thriller is an ambitious project; while Davidar must be congratulated on steering the pace of the thriller without faltering, his journey of self-discovery can be described as an embarrassing confession of a mid-life crisis. His prose is clinically precise but lacks the deeper emotional undercurrent that brings alive a place, a person, a situation or even plain sympathy.

Epics display elemental conflicts of the head and the heart, with moral choices that torment one’s soul and the tragic realisation that the end is often not worth the sacrifice. Zach’s problems are never able to bring forth any such moral angst. He appears at all times a man so obsessed with his own petty career that he loses it all: a mother, a wife and ultimately even his reputation. Finally, shorn of all the glitter and hype, Zach comes back to the womb of his childhood home to lick his wounds in solitude and salvage his lost self-esteem. When even a loss is treated as a victory, it is clear that no lessons have been learnt. After such vanity, what forgiveness?

Like Amitav Ghosh’s lessons in history masquerading as epic novels, Davidar’s Ithaca is entertaining literary gossip and an engaging account of the threats facing the print industry in the age of e-books and Kindle. A novel of self-discovery? Perhaps not.