'I Met Warne At Five-Star Parties'

The man, described by the ICC's Anti-Corruption and Security Unit as a 'major cricket gambler', one of the biggest punters who is known to 'actively match-fix', finally breaks his silence 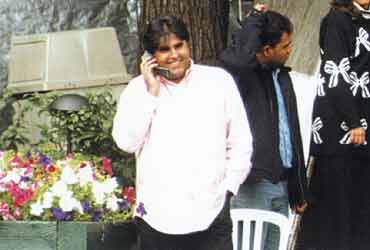 In a deposition before the ACSU team, an Indian businessman has alleged you were seen coming out of a London restaurant with Shane Warne and Brian Lara during the '99 World Cup. The subtext was that you knew them and could have influenced their performance...
Look, that is untrue. Sure, I was there in London. And talking of being seen with someone, tomorrow if a photograph appears showing me with Sachin or Saurav, does that mean they are into match-fixing? Can one impute motive? Let's be realistic. I know lots of people as my status gives me the time to meet such people. Recently, I met Azharuddin at Karishma Kapoor's wedding in Mumbai.

Surely, all this talk of you hobnobbing with cricketers has some basis?
Look, I get invited for parties at nightclubs, farmhouses and hotels where these cricketers also land up. When the Australian team toured here last, the Australian cricketers were called for a party. I was invited too. The captain, Ricky Ponting, was there and so was Shane Warne. I met Warne again at another party at a five-star hotel. So what's the big deal?