‘I Infiltrated Abhinav Bharat, Did My Job, Kept Bosses In The Loop’ 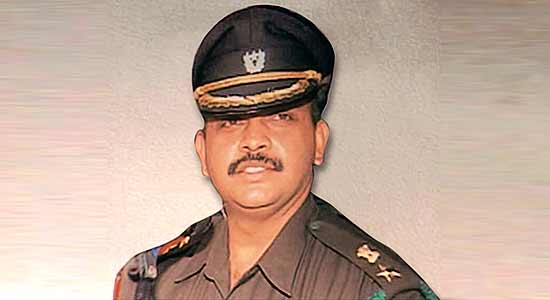 Has your ideology got you in the dock?

What ideology are you talking about?

This is a tricky question, involving both the army services and subjudice matters. I won’t be able to comment on this.

Can you explain to us the dynamics of Abhinav Bharat?

I infiltrated Abhinav Bharat. I have done my job properly, have kept my bosses in the loop and everything is on paper in the army records. Those who need to know, know the truth.

What was your equation with Sudhakar Chaturvedi, your co-accused?

It is already on record in the court of inquiry that he was my source. I had cultivated him during my tenure in Deolali. Infiltrating a group works like a force multiplier. If Sudhakar Chaturvedi is giving me all the crucial information in one sitting, why should I run around for information? I would just call Chaturvedi to my office, talk to him and he would give me all the information. That’s how I was running the source.

But Abhinav Bharat is a right-wing organisation involved in the blast.

Having a particular ideology does not make me a terrorist or anti-national. I will reiterate that not even my enemy can doubt my loyalty to my motherland. As to Abhinav Bharat’s involvement, the matter is subjudice.

At any point, did you interact with your co-accused Dayanand Pandey, Sameer Kulkarni or Ajay Rahirkar?

All I’ll say is, Rahirkar is a childhood friend. About others, I won’t say anything.

But there are explosive telephonic conversations between you and Pandey where you are using abusive words and talking about ‘Hindu rashtra’. Do you deny this?

Why should I deny it? Who is denying it? Being an intelligence officer or even as a civilian I am allowed to talk to people. Nothing bars me from talking to anyone. You must be having those transcripts. Have you heard or read anywhere in those transcripts people talking or discussing the Malegaon blast for which I have been behind bars for three-and-a-half years? If people don’t understand what infiltration is, it is a sorry state of affairs. Today it’s me, tomorrow it could be someone else. It is a warning signal to all intelligence officers.

Was it as part of the same job that you attended those three religious meetings in Faridabad, Calcutta and Bhopal which were also attended by other Malegaon accused?

I have given the reports about the meetings to my seniors. It’s on record. It depends on perception. These three meetings have got nothing to do with Malegaon blast. Just because the chargesheet says so, it’s not the gospel truth.