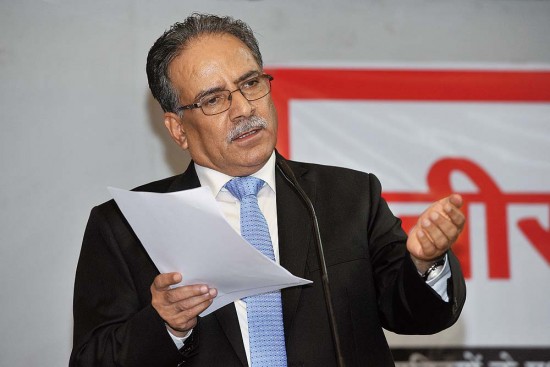 Former Nepal prime minister Pushp Kamal Dahal, known to the world as ‘Prachanda’, was in India recently. The leader of CPN-Maoist, who had led a decade-long armed movement in Nepal before joining mainstream politics eight years ago, had been invited by New Delhi for consultations on the ongoing peace process and the writing of a new constitution for Nepal. In a freewheeling interview with Kalyani Shankar, Prach­anda talks of his role in the peace process, of Maoism, of the mistakes he committed as prime minister of Nepal, the lessons he learnt and what he expects from India.

At one point of time you were known for having anti- India and pro- china views. How did you change?