‘I Have Broken My Back Campainging In Bangalore’

The former Karnataka chief minister can still surprise, nine years after he stepped down 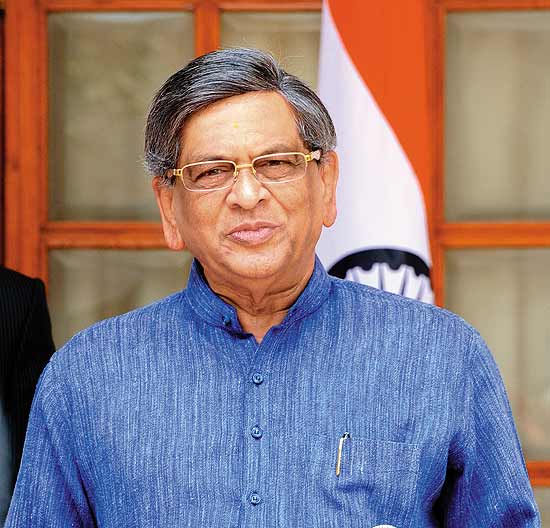 Nine years after he stepped down as chief minister, S.M. Krishna can still surprise when he goes out to campaign. The crowds, as one of his critics in the Congress says, “seem to still remember his administration. Surprising.”  Sulking after being sidelined in the selection of candidates for the assembly elections, Krishna sent his message to the party bigwigs by absenting himself from the release of the manifesto. He preferred campaigning in Hebbal, where the grandson of his sometimes-hot-sometimes-cold friend, C.K. Jaffer Sharief, has been fielded. A.K. Antony and Ambika Soni later held a long discussion with him. Excerpts from an interview with Imran Qureshi:

Lots of unhappiness in the Congress...

I think the Congress has done things its own way, as in the past. Doesn’t surprise me.

Why are you not campaigning as before?

Rubbish. I am campaigning. My back has almost broken in the last four days, campaigning in Bangalore. This myth that S.M.  Krishna isn’t campaigning should be broken.

But you haven’t campaigned in the Old Mysore region?

I am going to Maddur, K.R. Pet and Nagamangala—three constituencies in a district (Mandya) is enough. I am also going to Sringeri, Koppa (Chikmagalur district), Belgaum and Holenarasipur (home of arch rival H.D. Deve Gowda, in Hassan district).

What is the problem in your party?

I don’t know. I am still studying it.

What are the chances of the Congress?

Will the Congress get a majority?

Why not a comfortable majority,  given the anti-incumbency against the BJP?

I think I have given my opinion.