'I Don't Pretend To Be An Indian'

The world's latest literary sensation, Hari Kunzru, 32, on his book The Impressionist, and the record advance for it. 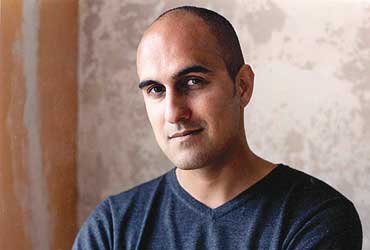 outlookindia.com
-0001-11-30T00:00:00+0553
The world's latest literary sensation is Hari Kunzru, 32, former Associate Editor of UK magazine Wired and freelance journalist on technology, electronic music and art. His debut novel, The Impressionist, is hogging world-wide headlines for the record advance he was paid by his four publishers. Excerpts from an interview with Sheela Reddy:

Is your novel—about a half-English man who struggles to invent and reinvent himself—autobiographical?
Only in a very modified way—outwardly, there is very little resemblance between the central character and me, but the emotional course he runs is very similar.

Are you too, like your protagonist, semi-Indian?
My father, a Kashmiri Pandit, came to the UK in the 1960s. An orthopaedic surgeon, he used to work with the National Health Service. He met my mother who was then working as a nurse in the same hospital, and they married. She comes from a London-based middle-class family.

Was India an important part of your life when you were growing up?
I was born in London, but we used to visit my grandparents in their family home in Agra once a year or maybe once in two years. My mother first visited India when I was two, and it was a big culture shock for her, but now she has adjusted well. I was very much a part of my extended family in India. The Indian family works so differently: it's warmer, it's extended, offering cousins, uncles, aunts, grandparents. It was an amazing experience, even if we came occasionally; India's an intermittent part of my life. I come more often now, partly because my cousins are now getting married. I was here in May for a cousin's marriage.

Do you speak any Indian language?
My Hindi is non-existent, but recently I've been making an effort to learn it. I am also watching a lot of Hindi movies now; I saw Mashaal the other day, and Amar Akbar Anthony. I have a vague memory of going to the cinema in Agra when I was little, but this is my first serious exposure to Indian cinema. That whole tradition of storytelling fascinates me, and besides, Hindi films are very much a part of India's visual culture.

Race and identity are very much a part of your book. Have these issues affected you personally?
There was a certain amount of racism. I was certainly always made aware that I wasn't completely English or white. This difference from other children in our neighbourhood (there were no Indian families where we lived) was very confusing. As children, you don't want to stand apart. But now I realise how incredibly lucky I am to have this heritage and experience. All through my life, I've been forced to answer the question: Are you Indian or British? My book is essentially a 400-page musing on that subject.

Why did you pick an Indian theme for your first novel? Is it because Indian writing has become the flavour of the season in the West, and is considered a fashionably exotic subject to write about?
I don't pretend to be an Indian. I'm a British Asian, I grew up in the UK, not India. I know I am being marketed as a rising literary star from India, and I'm uncomfortable with it. This is the publishing industry's doing. First they created a fashion in Indian writing and now they are trying to cash in on it by marketing everything as Indian literature. Maybe I benefited because of this trend. But my book has two halves to it and I've tried to authenticate both the Indian and the English side. True, exotic, sensuous writing about the East has been used to define a certain kind of Englishness, but in my book I've tried to show the absurdity of this perception of East by the West.

You benefited very dramatically from the trend: you bagged the world's highest advance ever paid to a writer.How much was it?
I don't want to discuss the amount I was paid because then people begin to wonder whether I am worth the money. All I'll say is I was very well paid, but it certainly wasn't the highest advance ever paid. Many biographers of celebrities get paid much more. My advance was the highest for literary novels. And most of that money came from US rights. (And ) it's not as if someone hands you a cheque for million dollars—you only get paid in bits—some of the money when the hardback comes out, some with the paperback edition, and the rest when you hand in the manuscript of your second book—it's always a two-book deal and publishers don't pay the whole amount, perhaps fearing that you will disappear to some island and stop writing altogether. All I've done with the money I got paid so far is to buy a house for my brother, who is partially sighted. I already have a small house in southeast London.

Why are you keen that your book be launched first in India?
I would be very happy if Indian readers related to it. I wanted to write a book that speaks to Asians and tells their story.