The Aussie captain on the challenges a tour of India poses, and his team's chances 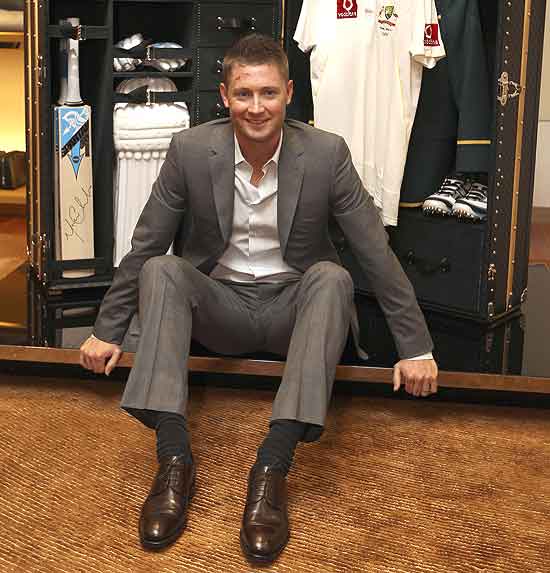 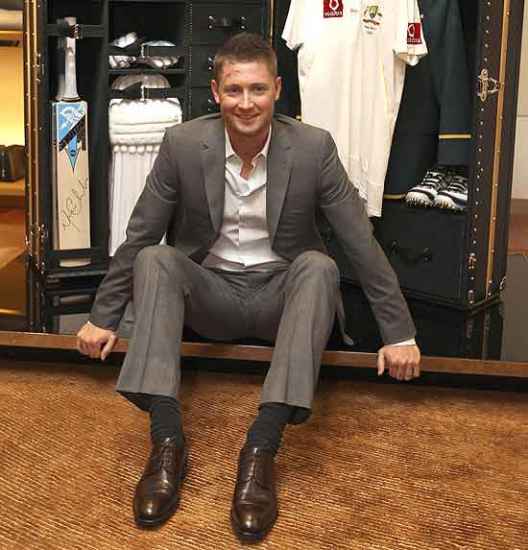 On current form, the man leads the best batsmen in the world. More importantly, he’s the captain of the current Australian team. Rather than looking at the twin responsibilities as pressure, Michael Clarke looks at these as opportunities. In a free-wheeling conversation with Boria Majumdar, Clarke talks about the challenges a tour of India poses, Australia’s chances, the importance of leading from the front and also how the IPL has made a tour of the subcontinent that much easier.

A dodgy hamstring that is still not 100% ok, David Warner’s broken finger, the sudden retirement of Mike Hussey and the vacuum left by Ricky Ponting. As captain is this your biggest challenge yet?

Yes, it is. As the captain, this will  probably be the hardest test I have faced in my career. At the same time, it’s an opportunity. My hamstring is very much on the mend and I will give it everything to make sure I am part of this series. David is also expected to get fit in time for the Tests. Coming to Hussey and Ricky, they are legends of the game and we will miss them. At the same time, let me tell you this—Ricky Ponting wasn’t Ricky Ponting always. He was also a youngster at one point in time. Team youngsters should look at this as an opportunity to make their mark in world cricket, and do so against one of the best teams in the world.

Last one, 2012, was a stunning year for you. You have almost scored hundreds and double hundreds at will. What did you do different?

“Coming to money, if anyone is saying I’ll not play well because I got less money, they don’t know me well enough. After the Test series, it’s all about the IPL.”

Nothing really. Brian Lara once told me that there will be phases in your career when you will not score runs. It happens to every cricketer and I guess it will happen to me also. But when you are scoring runs, there’s no reason to stop at 50 or a 100. You just have to keep batting on and on. Score 200 or even 300 for that’s the best way to serve your team. For me, it is never about how much I score, it’s always about Australia. If the hundreds help the team, they are great, else they are of little value. I got a 150 against South Africa in 2011 in a Test match. In the same match, we were bowled out for 46 in the second innings and lost the game. That 150, I can tell you frankly, is of no significance to me whatsoever. In the next game, I did not score too many but Australia won. It ranks as one of the best Test matches I have played in. That’s how I look at my cricket.

Does that mean you don’t mind not scoring in the forthcoming series as long as Australia wins?

Absolutely. I don’t care if I score four ducks if it means Australia wins. That said, I know as a player that I need to keep performing to be in the Australian cricket team. That’s the way things are, but as the captain it doesn’t matter to me if I score or not.

You are in a great mental space personally. You are scoring heavily and you enjoy the confidence of your boys. On the other hand, your opposite number, M.S. Dhoni, is under great pressure in the Test match format. He hasn’t done well in Test cricket and there was talk of removing him from captaincy recently. Does that give you a headstart coming into the series?

Not really. It’s not about the past. These things are all in the past. Now it’s all about how we both do in the upcoming series. Dhoni is an exceptional player and I am sure he will want to do very well at home against us.

Do you take heart from the fact that Alistair Cook’s Englishmen humbled India at home?

A lot of our guys watched the series and, yes, England played very well to win. But we also know how good a team India is. Any team having Sachin Tendulkar will be a team to beat in their own country. I can tell you one thing about playing in the subcontinent. Whether you are the No. 1 bowler or a debutant, patience and consistency are the key to success.

Now that you mention Sachin Tendulkar, let me say he had a poor 2012 and is under some pressure. At the same time, he batted brilliantly in the Irani trophy. How do you plan to tackle Sachin?

You can have as many plans as possible for Tendulkar but he can still score runs. He’s the greatest player I have seen and I have always loved playing against him. A sign of greatness is his longevity and consistency. I enjoy his batting a lot but as an Australian captain I would like to ensure that he doesn’t score too many runs against us.

Do you think that Rahul Dravid and V.V.S. Laxman not being there will help your cause? Are you looking to exploit the inexperience in the Indian batting line-up?

Of course, it’s nice for us that greats like Dravid and Laxman have retired. That said, the new players will want to stamp their authority on the game as well. You have a lot of very good batting talent in India. Players like Ajinkya Rahane, for example, have loads of talent. He’s already shown strong glimpses of it in the IPL.

You mentioned to me a few days ago that the IPL has made a tour of the subcontinent much easier. Is it because the players already have a taste of the conditions here through the IPL? Also, you were sold for $4,00,000 at this year’s auction while a unknown Maxwell got a million. It’s gotta hurt.

“I can tell you one thing about playing in the subcontinent. Whether you are No. 1 or a debutant, patience and consistency are the keys to success.”

True, the IPL has helped in that players now know what to expect. They know about the hotels, the food, crowds etc. Each of these things make a difference on a hard tour as this one. Coming to money, if anyone is saying I’ll not play well because I got less money, they don’t know me well enough. For me, it’s never been about the money. For me, over the next month it’s all about the Test series. Then, it’s all about the IPL and the Pune Warriors. I am looking forward to the IPL this year for sure but for the moment, and don’t get me wrong, it is only the four Tests against India that is in my head.

Finally, this might sound like a cliche, but how important will spin be in deciding the series outcome?

For sure, spin will play a very important role. In fact, it all depends on our ability to play spin and also on how our spinners bowl to the Indians. I have great belief in the ability of Nathan Lyon, Xavier Doherty and Glenn Maxwell. And I am confident that if our batsmen play to their potential they are good enough to take the battle to the Indian spinners. Ashwin is a very good bowler. You also have Ojha and Harbhajan. But we aren’t focusing on who the Indians play in their eleven. We are focusing on what we need to do. I’ll tell you this very clearly—if we play our best cricket, I am confident we’ll win the series.