'I Didn't Do It For Income'

The advisor on infrastructure in the Planning Commission on accusations of securing a personal copyright on what's described as a government document... 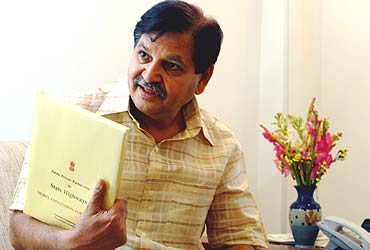 outlookindia.com
-0001-11-30T00:00:00+05:53
As advisor on infrastructure in the Planning Commission, Gajendra Haldea is one of the most influential bureaucrats in the UPA government. With the Commission, headed by Montek Singh Ahluwalia, pushing key decisions in priority areas like the highways project, Haldea has ruffled many feathers. This has led to several allegations against him. He's been accused of securing a personal copyright on what's described as a government document and that his interventions have delayed projects. In this interview to Smita Gupta, Haldea presents his side of the story:

Is it ethical for a civil servant to take a personal copyright on a government document?

The Model Concession Agreement (MCA) on PPP (public private partnership) in National Highways is based on a volume previously published by me (which) carried my copyright. It was logical to carry forward the same, otherwise the earlier copyright would have lost effect. Secondly, I haven't written it as a government servant. Also, this copyright does not in any manner whatsoever operate against the government or any public institution.

Is this the first such document to have been written by a bureaucrat?

There have been no MCAs in the past. The government publishes documents of value from time to time. I've written several, but they've been done in the course of one's duties. The MCA is not a typical government document. If I were to write a book on medicine, surely you won't think it's part of my government function? Usually, an MCA is written by a team of legal and financial consultants, who'd charge huge sums. I've dedicated this to the service of the nation.

Is the NHAI's claim that it contributed to the document's writing false?

When it was written (initially as a book and now as a government document), several stakeholders were consulted, including NHAI officers, representatives of lenders and prospective investors. They helped improve some of the provisions and their contribution has been gratefully acknowledged. However, that does not make them the authors.

So the motivation is not commercial, possibly lucrative consultancies?

Even without the copyright, I could get consultancies. The copyright has no bearing on any future private income. The government is distributing it free.

Your fight with the surface transport ministry over the MCA between December '05 and November '06 led to delays in road projects.

There was no conflict. There may be a section that didn't see eye to eye.

Surely, everyone from the minister to the seniormost officials to engineers do not constitute a section?

There were no differences at responsible levels. You can ask for the relevant correspondence under the RTI Act to see if any such dispute really existed.

And the clash on land acquisition?

That 80 per cent (of the land should be acquired before the project's start) was not a figure imposed by the Planning Commission or by me. It was a figure arrived at after elaborate discussions in the inter-ministerial group meeting...the NHAI was adequately represented and it was presided over by the road transport secretary. The ministry later said it wanted to reduce the land-related condition to 50 per cent. There was no opposition, and the modification was made. But my personal opinion is that starting without adequate assurance of land availability can be prejudicial to public interest.

Can a government servant in his personal capacity file a case against a government entity like Grid Corporation of Orissa (GRIDCO) as you have done?

Am I not an ordinary citizen, a consumer as well? I filed it as a consumer, not as a PIL. It is my power bill and I have my personal rights. I have filed the case in Delhi, not in Orissa, because it is leading to very adverse consequences for consumers in Delhi and I am such a consumer. What's wrong with that? GRIDCO is not a government entity exactly—it is a trading licencee of Orissa. Its shares may be owned by the Orissa government but that should make no difference.

You accused GRIDCO of making unconscionable profits. But the Commission has been simultaneously promoting a market mechanism even in the energy sector....

GRIDCO also sells to Delhi at Rs 5-6 per unit, which becomes Rs 8 per unit in the hands of the consumer. Should Delhi's consumers accept this? (Since) electricity in India is a scarce commodity and is sold through monopoly channels, there can be nothing like a market mechanism...because if you give freedom under these conditions, prices will keep shooting up. The Electricity Act is all about regulating and protecting the interests of the consumer. On electricity-related issues, I am not speaking as a Commission official, as I don't deal with them. However, I am concerned about many developments in the power sector, as they don't conform to international best practices and some do not even conform to the Electricity Act.