‘I Concede That Gorakhpur And Phulpur Polls Went Against Us’

UP’s deputy chief minister Keshav Prasad Maurya doesn't promise the implementation of the quota within quota for OBCs and Dalits scheme before the 2019 election, but is confident that the BJP will win the state again with 73-plus seats. 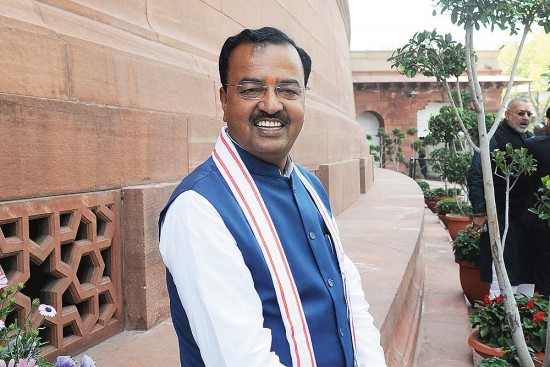 As the BJP inches towards the 2019 Lok Sabha election, it is trying to keep its flock of hard-earned voters together. In 2014, Uttar Pradesh contributed the maximum number of seats (73, including two of ally Apna Dal) to the BJP’s massive majority of 282 seats, with its allies contributing another 54. With the results of the recent bypolls going against the saffron party, and rumblings among the non-Yadav OBCs—who had supported the BJP in 2014 and also in 2017 assembly elections—becoming louder, the Yogi Adityanath government is now promising them a fixed quota of reservation within the 27 per cent earmarked for OBCs. Similarly, quota for the more downtrodden sections among Dalits is proposed to be fixed within the larger 21 per cent SC quota. Bhavna Vij-Aurora spoke to UP’s deputy chief minister Keshav Prasad Maurya, who belongs to the OBC Kushwaha community, for more details.

The CM has assured quota within quota for OBCs and Dalits. Can you explain what is being proposed?