Has something that most contemporary, uber-slick Bollywood flicks lack--quietude and calm. It's a world of thoughtful pauses than a furious pace. 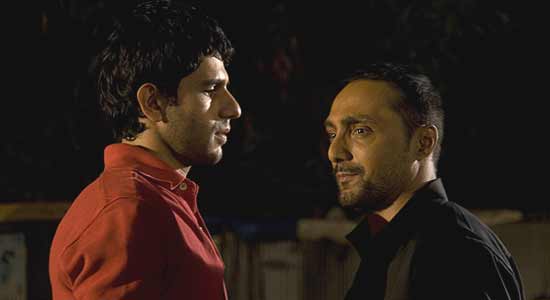 Onir’s new film has something that most uber-slick Bollywood flicks lack—quietude and calm. It’s a world of thoughtful pauses. The tone is set by a lovely song in the opening credits—Bangur jaisi duniya. The quartet of stories catches varied characters at crucial, defining moments in their lives. They have all been betrayed by circumstances or people close to them and desperately need to piece together their fractured, sensitive souls. Onir situates the stories in specific cities—Calcutta, Srinagar, Bangalore, Bombay—and plays unapologetically with a mix of languages—Bengali, Kashmiri, Kannada. The narratives are backed by competent performances, but some work better than the rest. Like that of Afia (Nandita), who is deceived in love and doesn’t want to carry the burden of a man in her life. She decides to take the extreme step of having a baby through artificial insemination. But can she keep the human dimension away from the impersonal world of sperm donation? Her relationship with the young donor Purab is heart-achingly quaint for all that’s tentative and unspoken. Megha (Juhi) feels angry at the paradise that once used to be her home. A trip to Srinagar to dispose of the last link—her house—makes her aware that those who stayed on in the Valley are just as unfortunate as the dispossessed like her. Onir keeps politics as the backdrop and sums up the immense human tragedy of Kashmir better in this short film than any of the recent feature-length films. The other stories are about Abhimanyu (Sanjay), who can’t forgive his dying step-father for childhood abuse and wonders if his mother couldn’t ‘see’ what was happening to him. Omar, set against the backdrop of decriminalisation of homosexuality, is about the fragile love between Jai (Rahul) and Omar (Arjun) facing the wrath of an intolerant world. Where the film falters is in trying to link these stories together. They could well have stood as separate narratives.