‘I Am Surprised And Shocked By Taslima’s Allegation’

“Lately, Taslima has been feeling very neglected. Something sensational like this was sure to bring the focus back on herself.” 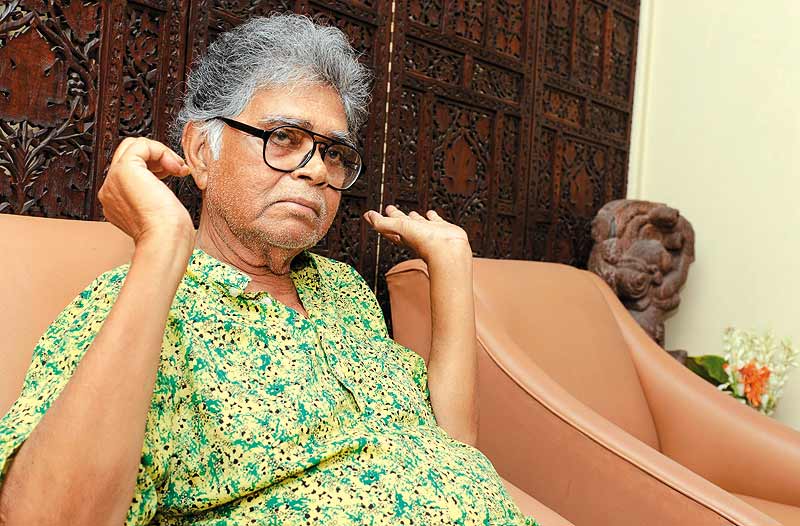 This week, Taslima Nasreen created controversy not by writing but by tweeting. In a Twitter post, the exiled Bangladeshi feminist writer made the explosive claim that renowned Bengali writer and Sahitya Akademi president Sunil Gangopadhyay had sexually harassed her and other women taking advantage of his powerful position in the literary world. Sunil Gangopadhyay reacted to these allegations in an exclusive interview to Dola Mitra. Excerpts.

Taslima Nasreen has accused you of sexually harassing her and other women....

I think reacting to her comments would give her undue importance. But I want to ask, did this sexual harassment take place now? Why didn’t she complain when it happened? Why is she suddenly raising the issue now?

She says that it is entirely a woman’s prerogative when she wants to make a complaint.

It is very easy for her to cry rape and molestation now. But Taslima was very close to me and we spent a lot of time together. She often came to my house. We discussed literature. We had meals together. Just the other day I found a picture of her during Holi, which we spent in Shantiniketan. Her whole body and face was smeared in colour and she was sitting at my feet.

Why then is Taslima making such allegations?

Taslima is someone who craves to be the centre of attention at all times. She thrives on creating controversy. Lately she has been feeling neglected. She has been desperately trying to return to India to stay, but has failed. No one seems to be talking about her anymore. So she wanted to bring the focus back on herself by any means. And something sensational like this was sure to do that.

She has also called you a ‘bhondo’ (hypocrite), claiming that while you were instrumental in having her book Dwikhandito banned in Bengal, you are now objecting to the Bengal government’s decision to ban the recently released book Musalmander Koronio (What Muslims Should Do) by former top cop Nazrul Islam.

I am against any kind of censorship. I did not play any role in her book being banned. All I did was advise her against attacking the Muslim religion. There were some sections (in her book) which were extremely derogatory to Prophet Mohammed. As someone who cared for her, I explained to her that these passages were unnecessarily inflammatory and would incite communal violence.

According to her, as an author living in a democratic country, she should have the freedom of expression.

There is a time and place for everything. I warned her that India is not yet ready for the kind of freedom of expression she is talking about. In more liberal societies, when there are objections to someone’s point of view, differences of opinions are dealt with rationally. But this is India, where emotions are raw and there is the threat that violent situations can erupt at the slightest provocation. Just before she was shifted out of Calcutta, the situation in Bengal was volatile, with angry mobs baying for her blood. It was dangerous for her. But she did not pay heed to my advice.

There are allegations that you or the intellectual community in Bengal did not do enough for her.

That is not correct. When she had received a fatwa and her life itself was under threat, poet Shankha Ghosh and I personally visited the deputy high commissioner of Bangladesh in Calcutta and requested him to do everything possible to ensure her safety. And just before she was forced to leave Calcutta in 2007, I apologised to the imam of Tipu Sultan masjid on her behalf and asked him to forgive her for her mistakes. But he wouldn’t listen.

Do you feel angry and hurt?

I have a lot of compassion for Taslima. I have always wanted to guide her. When she wrote Lajja, I told her, “Look, you have to be balanced. All Hindus cannot be good and all Muslims cannot be bad.” But she courts controversy. If she doesn’t agree with me, I can accept that. But what pains me is this charge of sexual harassment. I am surprised and shocked.