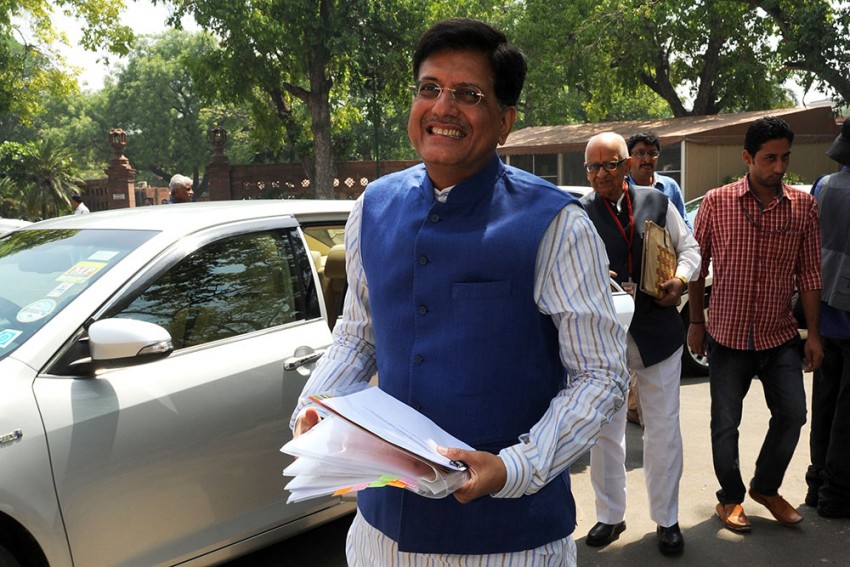 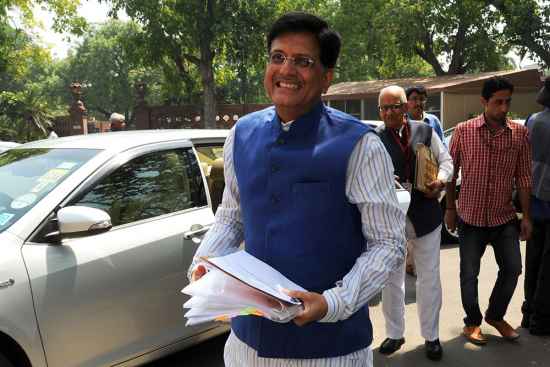 En route to New York to sign the Paris Framework Agreement, Union power minister Piyush Goyal made a stopover in London to meet ministers and investors and also study the UK’s National Power Grid which uses large quantities of renewable energy as part of the energy mix. In an interview with Nabanita Sircar in London, Goyal shared his views on how he is reviving the ailing power sector. Excerpts:

Leading energy player Areva, which has been eyeing opportunities in India, states that “there are ­serious challenges on energy governance, pricing of resources and power tariffs”. This view seems to be shared by other foreign players.

There is absolutely no challenge. If at all there was, it was about the state of four or five discoms in the country. The government has come out with the Ujjwal Discom Assurance Yojana (Uday)—­probably the most comprehensive power­­ sector refo­rms ever undertaken in India. I am fairly confident that with the implementation of Uday, which we are monitoring very closely and working with stakeholders across the spectrum to improve the ent­ire architecture of our power sector, it is going to result in a saving of nearly $27 billion annually for the power sector by 2019.  I have no doubt in my mind that this will help to strengthen the entire power infrastructure. As for pricing, we have a very defined, very clear formula. The poor and farmers of the country are given a subsidised low power tariff which is cross-subsidised by the commercial and large consumers, which is a very acceptable norm everywhere in the world and we believe we are doing the right thing.

In a public rally, Tamil Nadu CM Jayalalitha recently called Uday a scam that will result in higher tariff every quarter. Is any other state reluctant too?

“In Bihar, 15 days after we lost an election, the state government said they wanted to participate to get the benefits of the ­programme for people.”

Not a single other state is reluctant about it. In fact, two or three states going to polls have said that they will sign up after the elections. Uttar Pradesh, where we are normally daggers drawn politically, has written that they are delighted to be a part of Uday because it’s in the interest of their people. In Bihar, 15 days after we lost an election there, the state government said they want to be a part of it to get the benefits of the programme for their people.

It is not a scheme of the central government; it’s a scheme which has evolved through stakeholder-extensive consultation—a bottom­-up approach that we have taken. The fact is governments across the board from all political parties have ­decided to join it voluntarily. Sadly, it’s the people of Tamil Nadu who will suffer by not joining.. When I did an analysis of how much each state could save by joining Uday in the next three years, surprisingly Tamil Nadu showed the maximum potential for benefit.

We are absolutely on track and I have no doubt in my mind, particularly with the last year gone by where we were able to open tenders for 21,000 MW in less than 12 months. I think in terms of actual energy consumption it will be about 17 per cent or so, while in terms of installed capacity it will be about 35 per cent.

According to reports on NPAs (non-performing assets) of banks emerging from India, the power sector accounts for a bulk of it. How are you addressing these concerns as they hold potential to dry up domestic fund flow and also drive away foreign investors?

That is a legacy that I have inherited but it is slowly getting resolved. For example, there was nearly four lakh crore rupees of discom debt, that’s nearly $60 billion, most of which is getting resolved through the Uday programme and bankers have heaved a sigh of relief because the entire amount is going to get sorted out within a year or year-and-a-half from now. There will be no risk or threat to any of the banks or losing out on that money.

“Sadly, it's the people of Tamil Nadu who'll suffer if the state does not join Uday. In our studies, TN showed the maximum potential for benefit.”

There were a number of stranded gas-based power plants with total generating capacity of 24 gigawatt. The government has come out with a scheme to get these power plants on track through support from the Power System Development Fund.  Several plants have been revived and have started generating about 11,500 MW power. My own sense is that given the current gas pricing internationally, none of these plants will have to go through any stress going forward. I am also looking at long-term contracts to see if we can ensure their stability permanently.

In the case of coal-based plants, many of them were stranded because of being stuck in different ministries, particularly the environment ministry, where we have had for 10 years, before Prime Minister Modi came in, first a minister who was very corrupt; then a minister who was ineffective and didn’t take any action; then a minister who killed the India story by almost stalling development in the country with some concepts of environment which absolutely had no relevance in India and had no concern for the development imperatives of India; and then we had a fourth minister who in any case didn’t run a ministry—the ministry was run by extraneous considerations from outside her office, about which she is on record.

So we had a decade of distress, a lot of which translated into stalled projects. I am happy that we now have a system where we are quickly resolving these problems. In the last two years alone, we have added about 46,000 MW of conventional power generating capacity, all of which were otherwise stalled projects.

“As for coal-based power, we had a (UPA) minister who killed the India story by stalling development with environment concepts that have no relevance.”

In the case of renewable energy, recent reports indicate that a lot of new projects—in particular solar projects—are facing problems in signing up long-term power purchasing agreements (PPA) due to reluctance of state utilities to sign up for power which they feel is unviable?

Those days are gone. In fact solar power tariffs have come down by about 35 per cent in the last 18 months and all these solar power projects are bid out along with the PPA, so there seems to be some misunderstanding somewhere. There are a few wind-based power projects which have not yet got PPA but those are also on the verge of getting sorted out.

Despite being capital-intensive, there are reports that the solar power is bei­ng offered in some state-run power utilities at a price as low as Rs 4.34 per unit. Are the project developers ­cou­rting trouble, bidding so aggressively for the projects (like in the case of ultra mega power projects)?

An absolute misconception! We are not asking anyone to bid high or low. It’s a transparent auction process. The bidding is equal opportunity for all and in that process I think everybody gets a chance to bid. It’s the price they choose to bid on which power is being purchased.

Why Is The School So High, Ma’am?