A Shot at Sainthood 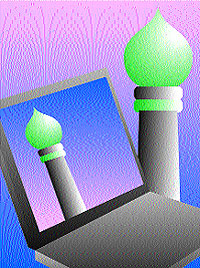 There’s a knock-knock joke going around town: “Knock, knock”, “Who’s there?”, “Ramalinga Raju”, “Ramalinga Raju who?”, “See! You’ve forgotten already.” Poor Raju! After he’d made a billion dollars, they say he aimed to get himself a Nobel peace prize. And that’s why he thought up the idea of his high-tech emergency service, EMRI, which he then launched as a public-private partnership. That was the real crown jewel of his empire, and any high-level visitor to Satyam would first be taken to see EMRI’s operations before being brought to Satyam. It was a remarkable organisation which prided itself on being run like a world-class technology business, not just a public service. The only difference was its quarterly results were measured not in terms of profits, but in lives saved. In fact, a visiting official from the US 911 emergency service remarked that EMRI was doing things that the Americans themselves hadn’t thought of. The service was launched in Andhra Pradesh, and the idea was it would be scaled up, like any technology business, state by state—with the technology and management inputs being provided free by Raju to the government. Once the model had been proved in India, Raju planned to take it global. I believe one of the last things he did before he sent in his famous confession letter was spend an hour on the phone with a certain communications tycoon, trying to persuade him to adopt this baby, to make sure that it grew up right. But that’s the way the idli crumbles.

To change the subject from Sania Mirza for a bit: Her granduncle was Ghulam Ahmed, a captain of the Indian cricket team in the 1950s. He was a superb off-spinner, a thorough gentleman, a dapper dresser, a generous host...and a lousy captain. Everybody said he was just too nice a guy to have the killer instinct the job required. He and Lala Amarnath were great buddies, an unlikely friendship, as they were two very different personalities: Amarnath, an earthy, volatile son of the soil; Ahmed, the quintessential officer and gentleman.

It was one of those legendary friendships, and perhaps its finest moment was just after a match against Pakistan. Ahmed had bowled badly, and the crowd was angry with him, believing he’d done so deliberately in order to let Pakistan win. So when the players came off the field, an irate mob came after Ahmed. Seeing this, Amarnath grabbed Ahmed, ran with him to the team’s bus, and pushed him on board. He then snatched a lathi from a dithering policeman and positioned himself at the door of the bus, swinging his lathi, hurling abuse at the mob, and screaming to them that if they wanted Ahmed they would have to take him first. The mob dispersed.

It’s such a lovely story. But I can’t help wondering what would have happened if their roles had been reversed. There’s no way Ahmed would have had anything to do with a lathi. Instead, he’d have probably gone out and remonstrated with the ring-leaders in his typically Hyderabadi way: something like “Yeh kya budtameezi hai! Aap shareef log maaloom hote ho, aapko sharam aani chahiye....” He might have even ultimately invited them for a cup of tea to further discuss the error of their ways. He may have been a lousy captain, but his soft-spoken, diplomatic manner made him a great administrator of the game in later years.

The old Hyderabad state was a diverse, multi-cultural place, encompassing parts of what are now Andhra, Maharashtra and Karnataka, and therefore, a populace that variously spoke Urdu, Telugu, Marathi and Kannada. In fact, Jawaharlal Nehru used to hold it up as an example of how the states of India should ideally be organised—as microcosms of the nation’s diversity. So it’s ironical that this place was the launch pad for India’s first homogenised, linguistic state: Andhra Pradesh. And now our Telangana tangle could be the trigger for a whole new round of reorganisation of states. This may not be a bad idea, actually, because the smaller, more compact states would be easier to manage, especially given the developmental imperatives of today. They could lead to greater political accountability, more effective law and order mechanisms and better governance, all around.

But one of the dangers is that these small new economic units could get hijacked by business groups dominating their developmental agendas—a kind of ‘Indian Economic League’, along the lines of the IPL, with various geographic ‘teams’ being sponsored by big business: Telangana Tigers, Andhra Alligators, Rayalaseema Raptors, and so on. Or am I being unnecessarily pessimistic?

Where the Crore Flies

The amount of money floating around us today is amazing. At a business meeting I used the term “upper income group”. An associate corrected me: “No, upper income group means someone with a net asset value of Rs 100 crore. Anything less than that is just middle class”.

The Blue Part Of The Flame