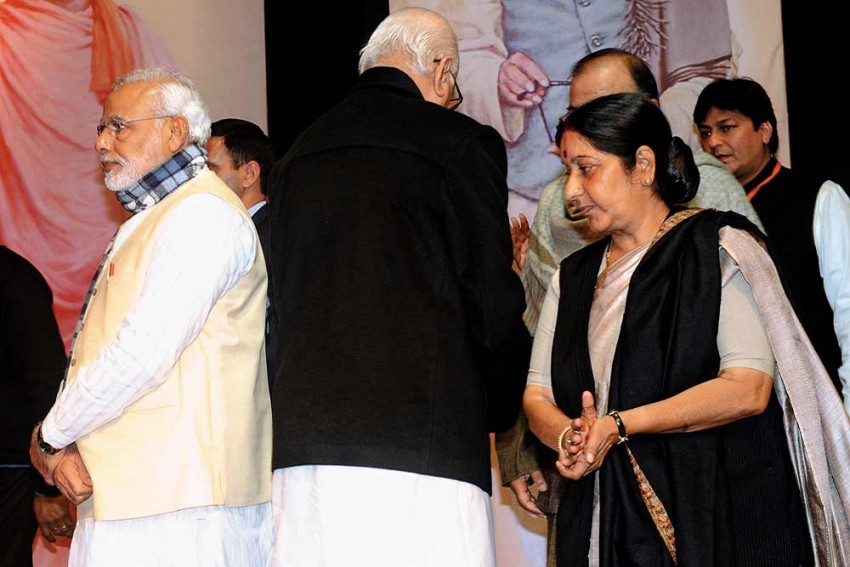 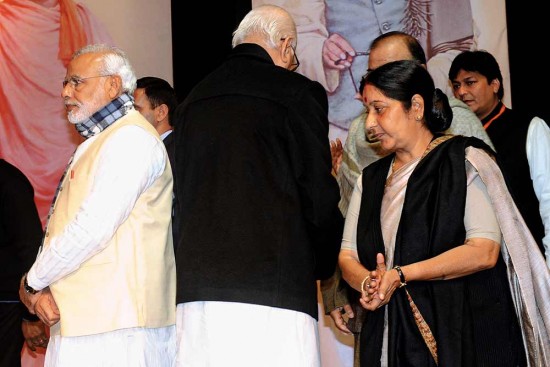 The year was 1996. The BJP had emerged as the biggest party after a heated general election. Cause for celebration, although its government lasted just 13 days. But, at a function in Gujarat to felicitate Atal Behari Vajpayee and L.K Advani, microphones, chairs, other objects flew as leaders and workers of the party’s fractious Guj­arat unit came to blows. The venerable state minister Atmaram Patel was beaten, his dhoti was stripped and shredded, and pieces were carried away by party workers as trophies. A cowering Patel covered his modesty with a party banner.

At odds with CM Keshubhai Patel, Narendra Modi, who was ‘exiled’ from Gujarat by the BJP, was holding forth at the party’s Delhi headquarters. He could barely contain his glee when the discussion turned to the free-for-all event. “You may be shocked,” Modi volunteered, “but in Gujarat it is a ‘parampara’ (tradition) that when old people mis­behave, they are stripped of their dhotis.” Fast forward to 2014, and understand that some old BJP men are being tre­ated to an old Gujarati ‘parampara’.

Why the controversy over a ticket for patriarch and proud Ram rath yatri Advani? Why the question of his contesting from Bhopal when he has been representing Gandhinagar? Party insiders believe that he, along with loyalist Sushma Swaraj, have a Plan B in place in the event of the BJP winning less than 180 seats—that is, less than what the party bagged in 1998 and again in 1999.

Advani and Modi fell out a long time ago. It was feared that Modi could even sabotage his prospects from Gandhinagar. If the BJP were to get less than 180 seats, expect another factional war in the party. In that scenario, Advani could himself emerge as choice for PM or propose Swaraj with the solid backing of Madhya Pradesh CM Shivraj Singh Chouhan, who is hoping to bring the largest contingent of BJP MPs from any state to the next Lok Sabha. Swaraj already has the Vidisha constituency in Madhya Pradesh; Advani from Bhopal would have strengthened Plan B.

It is no secret that on their own hardly anyone from among the top ten or twelve BJP leaders (Arun Jaitley may be an exception) would have zeroed in on Modi as the party’s prime ministerial candidate, knowing his authoritarian ways. The Gujarat story is well-known, where Modi sidelined all possible rivals who could have replaced him. Who, after all, would like to see Modi emerge as the only hero?

Mind you, the RSS is using Modi as a Hindutva icon, not as some kind of development man who will make India shine. It is precisely because of the 2002 riots in Gujarat that he has become the chosen one. Did he not show how to put the minorities in their place? The Hindutva experiment in Gujarat’s laboratory was successful. In the interest of moving Hindutva forward, the RSS has decided to ignore that in Gujarat Modi had rendered the RSS, the VHP, the Bajrang Dal and its other outfits powerless.

As if the Advani kerfuffle wasn’t enough, Varanasi stalwart Murli Manohar Joshi being ordered to make way for ‘Har Har Modi’, Lalji Tandon being sent packing as Rajnath Singh wanted nothing less than the Lucknow seat and Jaswant Singh being denied the ticket for Barmer have all served to expose the faultlines.

Ticket distribution in all parties is the cause for heartburn, even rebellion. For every candidate selected, three or four claimants are disappointed. The situation becomes more acute in a party expected to emerge winner. To that extent, the BJP’s woes were expected. What was different was that senior leaders, who get to contest from where they wish to, were at the receiving end of decisions taken or not taken by the central election committee. Only two voices mattered: that of Rajnath Singh and Modi. They grabbed what they wanted and let the Devil take the hindmost.

In this scenario, what could second-rung leaders expect? Fiery sanyasin Uma Bharati has been sent off to contest from Jhansi, when she would have preferred Bhopal. The party could not annoy CM Shivraj Singh Chouhan, who did not want her in his face and on his turf.

The denial of ticket to seven-time MP Harin Pathak from Ahmedabad East was a story foretold. Even in 2009, Modi wanted to cut him out, but Rajnath Singh had intervened. His fault: he is an Advani loyalist. Pathak should count himself lucky. Remember his namesake Haren Pandya? He had aud­aciously refused to vacate his Ellisbridge assembly seat for Modi in 2001. Denied a ticket in 2002, he was a dead man by March 2003, shot mysteriously while on a morning walk.

It Doesn’t Seem Like Team Spirit In A Trippy Lane