If you thought green was the colour of envy, stand corrected. 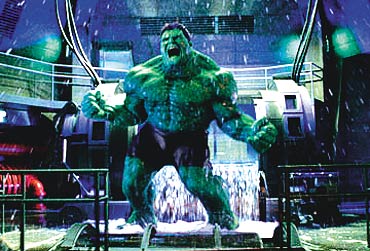 If you thought green was the colour of envy, stand corrected. Green means anger, at least in the world of Hulk. It's a simple enough retelling of the time-worn Dr Jekyll-Mr Hyde and Frankenstein myth. The Marvel comics, on which the movie is based, is all about scientist Bruce Banner (Bana) who morphs into a green monster everytime he gets angry. And then goes on a rampage as the Demolition Man busting every building, tank or helicopter that comes his way. The only one who can control him is his beautiful and understanding girlfriend (Connelly).

On the face of it, Hulk's a perfect recipe for some mind-blowing sfx and action, as good and efficient as it can get in Hollywood. And even though Hulk doesn't jump from building to building in the night, crusading for justice, he could have made for some riveting entertainment like those men in bodysuits—Spiderman, Superman and Batman. However, Ang Lee tries to do more. He gives a new turn to the character. Lee's long and ponderous Hulk is more about sadness and melancholia. And much of it stems from a father-son relationship gone hopelessly wrong. The real reason for Hulk's giant problem is his ambitious and vile scientist father (Nolte) who uses him for a genetic experiment, to make him superhuman.

Why should a kid pay for the mistake of his parents? Is science the culprit here? Is there any code of ethics and morality, if at all, governing science? Can love heal? Lee just about raises these tantalising issues and rather haphazardly at that. He tries to give some substance to the entertainment but doesn't go all the way.

The dark, psychological strain, the exploration of rage and frustration doesn't really run very deep. And even if Lee would have wanted to rise above the simple two-dimensional universe of the comic books, his portrayal remains just as flat. But, of course, there's that one big question that kept all us nitpickers abuzz in the hall. As Banner mutates into the hulk, all his clothes get ripped off, save the shorts. What's the secret of its stretchability? Lycra? 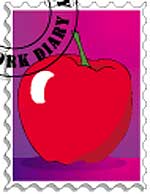