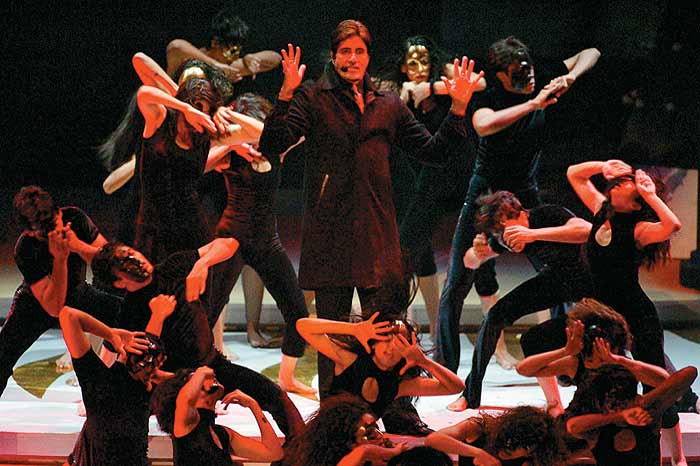 In a lazy summer afternoon in Paris, as I walked past the Montmartre towards the majestic Basilica of the Sacred Heart, I suddenly heard the strains of the famous Sholay song, ‘Yeh dosti, hum nahin todenge’, in what could be described as a bewildering mix of north African-French-Hindiised accent. I thought I was hallucinating. I turned to look and standing not too far away was indeed someone, not of my nationality or colour, sporting an expectant smile, hoping, I assumed, to elicit a response from me.

We stared at each other, and then both of us moved, almost film-like, towards each other, with just a hint of embarrassment appropriate for the occasion. I asked him who he was. He was not French, and spoke no English, he said in French. A shade darker than me, he managed to convey through odd gesticulations that he was from north Africa and loved Indian movies. The incident occurred 20 years ago and even then I wasn’t surprised, weaned as I had been on stories about the Raj Kapoor mania in the Soviet Union and how Shammi Kapoor’s fans in Beirut adored his flamboyance.

Also, it must be noted, these destinations—north Africa and the Middle East—are close to India.

There were just five people in the auditorium, of which two were Jaya’s relatives and the others were ushers.

But further west, apart from dedicated NRIs starved of Hindi film entertainment, there was little knowledge, and acknowledgement, of our cinema. This became obvious to me in 1982-83, when I went with Kalyanji Anandji on a world concert tour to Europe, the UK and the US. We played to packed audiences at some prestigious venues, where singers like Elvis and Sinatra had played, and which we managed to book after overcoming obstinate denials from the authorities. Yet, at these venues, not even a single person from the local population could be spotted. Soon after Jaya and I married in 1973, a popular group from Mumbai asked us to make a friendly appearance at their concert in London. There were just five people in the auditorium, of which two were Jaya’s relatives and the rest were ushers. The Indian film industry’s attempts to seek recognition in the West seemed limited to non-western audiences. When Mehboob Khan took Dilip Kumar and his film Aan to Hollywood, he bore the brunt of embarrassing remarks from producers and directors there. The ugliest came from someone who punned on the film title to say, “Mr Khan, your film just goes ‘on and on and on’”.

In the last 15 years or so, the scenario has changed dramatically. The overseas market is recognised as amongst the more lucrative; our films are released in prominent distribution centres worldwide, and our top stars are household names. Today, Kishore Lulla and his Eros International control, almost entirely, the massive Indian film scenario out of London and into the world. In his early years, apparently Lulla and his brother started distributing our films overseas from Israel, even hand-painting the titles and sticking those at modest enclosures announcing the screening of Hindi film releases. Those were also the days the foreign media was cynical about our films (which I found during my interactions with them), and extremely critical of the escapist fare we produced. “Running around trees singing songs” became a synonym for Indian cinema, barring, of course, those of Satyajit Ray.

The West appreciates our films now not because it is convinced about our creativity or the quality of our cinema—though there have been rare cases when they have—but, I feel, because when a country becomes economically attractive to the West, it finds every aspect of that country attractive. Economic liberalisation in India has provided great investment opportunities to the developed world, the first world. The ensuing need to have a large consumer base has prompted much of the West’s current appreciation. Once critical of our population size, they now perceive our teeming millions as so many consumers who can push their sales. When a country enhances its economic profile and begins to attract the interest of outsiders, every element of the country suddenly becomes invaluable and popular. No wonder, the West, even the world, is now demonstrating a deep interest in our politics, our food, our dress, our music—and yes, our films. 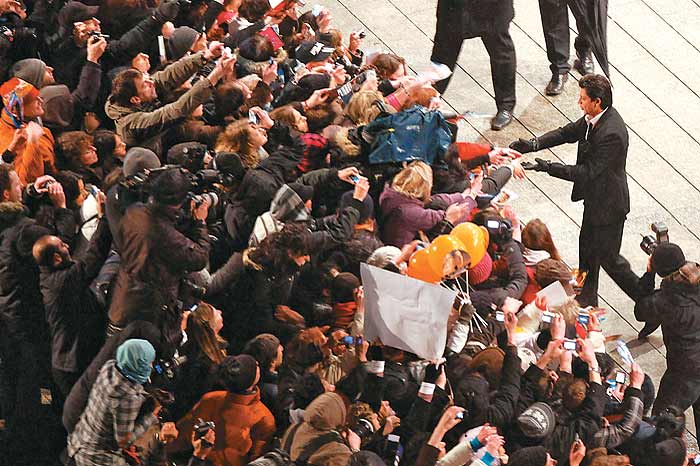 Time, too, has played its role. The first-generation NRIs have spawned a second, even third, generation of children, who have grown in the socio-cultural environment of their adopted countries and introduced their peers, over time, to Indian films. Purists must pardon me, but I feel—irrespective of whether this is good for the country or not—that cinema has become a parallel culture in this vast country with a cultural history of over 5,000 years.

Causes apart, it is an indisputable fact that our ‘singing and dancing around trees’ has developed a cult following. The structure of our films and the exuberance and excitement inherent in our stories—which often propagate the idea of poetic justice—have caught the fancy of the world, not just the West. Rajnikant’s films do better business in Tokyo than even some of their own Japanese films. In Pusan, South Korea, Black has been one of the largest grossers. Spielberg wants Ambani Reliance Entertainment to invest in DreamWorks and it has. Hollywood production units perceive our stars as prospective actors in their films. A string of Hollywood bigwigs visit us even though their expressions of interest to work in our productions are perhaps nothing more than polite statements.

On a flight from Europe to Cairo in 1990, I came across an Arabic newspaper announcing my arrival—I was an invitee to the Cairo film festival—and declaring my film, Mard, the most popular ever. The film, the report claimed, had been running there for a year. On landing in Cairo, the reception accorded to me was overwhelming. For the first time in my life, my immigration was conducted in my hotel room, as my fans made it impossible for the airport staff to carry out the formalities. For a country that does not permit foreign films to run for more than a week or two, it was a wonder how mine had lasted nearly a year. They told me the truth later. Every two weeks they would change the poster outside the hall, suggesting a new film was being screened. Inside, though, it was the Manmohan Desai classic they showed. The Egyptians loved the film for its anti-British slant in the story.

Every week, they would change the poster outside, suggesting a new film was on. But inside, it was the Manmohan Desai classic on screen.

Early in 1991, as the South African government began negotiations to dismantle Apartheid, we requested them if we could hold a concert there. Discreet negotiations between the local partners and the African National Congress resulted in the required permissions. A football stadium with a capacity of 60,000 was overflowing with people six hours before the show was scheduled to begin. The much-maligned Indian Standard Time was toasted to, as we began the show before time. When the ushers, white South Africans, were asked for their reaction on this surge of humanity on the streets finding their way to the venue, they said the only time they had seen something like this was when Nelson Mandela was released.

It is not just me—every Indian filmstar who has travelled abroad returns with such stories. Those who once derided our cinema now want to honour us for our creativity by decorating for an entire month London’s leading general store, Selfridges, with the theme of Indian cinema. Talks are now on for an Indian businessman to take over one of the most historic film studios in Hollywood. No doubt, the flavour of our films has changed and we do get appreciation for the more artistic cinema, despite their small numbers. Yet, we have continued to produce our indigenous genre of the escapist commercial fare. We feel happy that we did not succumb to the many incessant demands of the West to alter our course. The clientele for our films is not just restricted to Hindi cinema. Regional cinema—Telugu, Tamil, Marathi, Malayalam, Gujarati, Punjabi, Bengali, Kannada, Bhojpuri, Assamese and many others—have all received recognition among the regional viewers beyond our shores. Recent Telugu films have had extraordinary collections of late.

And all this is because we were and are different. And yes, because we are now economically liberated and of value to others in the world.