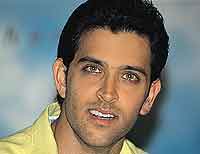 But were you tense?
It was the biggest risk of my career and it paid off. Doing this character and then waiting for the audience verdict was the most tormenting time of my life.

But before KMG, were you rattled when people called you a one-film wonder?
It never rattled me. It may have been cruel. But it was the truth. It gave me a reason to fight back.