How To Save A Sunset 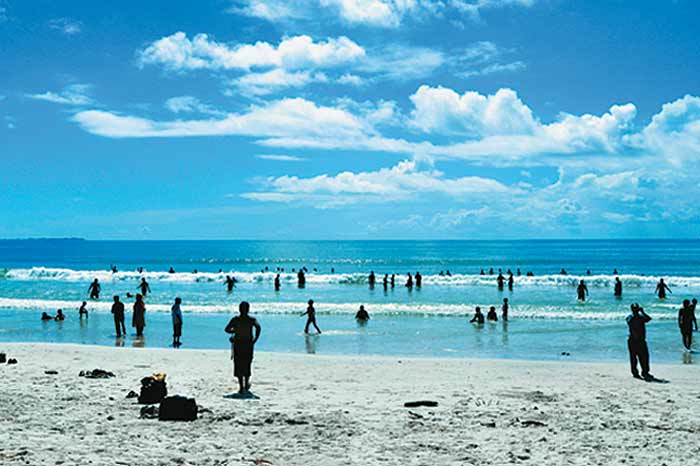 As tourist footfalls increase, so do their ecological footprints. But tourism even in the most ecologically fragile of destinations is here to stay as it is the biggest, and often only generator of employment. “The world over, tourists affect and sometimes destroy the very resources that attract them,” says Samir Acharya of the Society for Andaman and Nicobar Ecology. “In the Andamans, such resources include forests, mangroves, coral reefs (the rainforests of the sea) and beaches. Uncontrolled tourism has been affecting forest-dwellers like the Jarawa, while tourism-related construction of roads, jetties and buildings cause siltation owing to the disturbance and erosion of soil. Solid garbage, particularly plastics, spoil the beaches and sewage affects marine life.”

Where tourists venture, plastics, chocolate wrappers and bottles go with them. But in an area like Ladakh, there’s a lot more fragility to contend with, because even the biodegradable wastes take longer than usual to break down there. Thankfully, Ladakh’s biggest asset, as Ecotourism Society of India president Mandeep Singh Soin puts it, is its ecologically inclined population. “People there do not overuse resources, but tourists are now coming in large numbers and they are a demanding lot. As of now, I wouldn’t worry about growing numbers because the tourists are dispersed over a large area, but Ladakh has to start thinking of strategies like harvesting water, for instance, and installing modern flush toilets that use minimum water.” Renewable energy sources, too, need to be tapped seriously.

Where resources are scarce, the situation becomes worse when tourists are concentrated at a single spot. The Tawang circuit in Arunachal Pradesh is a case in point, says Asit Biswas, director, Help Tourism. “Every destination has a carrying capacity. There are so many beautiful circuits in Arunachal, and yet the entire tourist load is on Tawang, which, because of insufficient infrastructure, is ill-equipped to handle the pressure.” He adds: “Tourist presence needs to be distributed, and that can be done by making visitors aware of other sights and sounds to enjoy besides the obvious ones.”

Familiarising them with the local culture could be a start. Soin contends that hotels are in a position to do that, by using local building materials and playing up local design sensibilities. “Instead, there are hotels coming up with city-like interiors that have no relation with the local landscape or the local culture,” he says. As the industry gets bigger, challenges will get tougher. What about the way forward? Soin says: “We need a pragmatic approach that combines a certain amount of stricture, starting with basic guidelines, with incentives for stakeholders and the local community.”