How To Eat Words 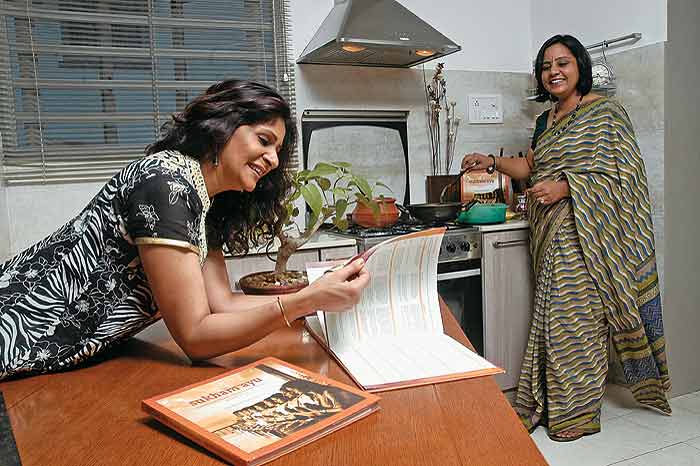 Should you happen to glance at the cookbook section at any bookstore, you’ll see an impressive buffet spread: beautifully shot books, some with near-edible pictures, liberal helpings of authentic ethnological and cultural insight, and the finest writing in the genre of ‘food pornography’. The spread is delectable enough, and varied enough, to have caught the attention of the Paris-based conferrers of the Gourmand award. Last year, the Emperor’s Table by Salma Husain (Roli) won the award for best culinary history. This year, in the Best Easy Recipes category, they chose Monish Gujral’s The Motimahal Cookbook: On the Butter Chicken Trail—a bestseller internationally, what with butter chicken’s relative, Chicken Tikka Masala (CTM), being anointed Britain’s national dish by some. At the other end of the calorie-counting spectrum, Sukham Ayu, Pratibha Jain and Jigyasa Giri’s primer on healthy cooking according to Ayurvedic principles won in the Health and Nutrition category, a niche that is fast catching on.

This is just the tip of the smorgasbord. Cookbooks today bear not even a passing likeness to the shoddily produced “handouts for housewives” that once dominated the genre. Today, they have sharper focus and near-infinite variety. Some target specific social groups, such as cosmopolitan young single people who entertain occasionally (Flash in the Pan, Westland) or IT professionals (Cook IT, Roli). Others provide a sort of food ethnology guide to, say, the Syrian Christian community (The Suriani Kitchen, Westland) or the Maharashtrian kitchen (The Essential Marathi Cookbook, Penguin). Some make a foreign cuisine authentically our own, for an internationally well-travelled class, such as Italian Khana (Random House India), and still others appeal to a rarefied restaurant-frequenting, Travel and Living-watching class. For those who like an international interpretation of Indian food, there’s the forthcoming Modern Spice by cook show host Monica Bhide, or, the Michelin-starred, newly minted ‘luxe fusion’ Indian food pioneered by Vivek Singh, chef of the London-based Cinnamon Club (both RHI). 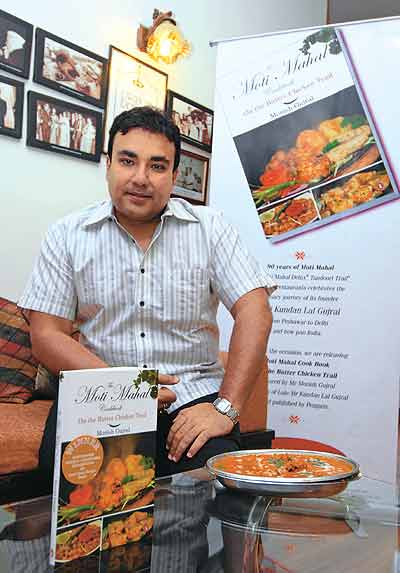 To fully appreciate just how much Indian cookbooks have changed, however, it’s best to go back to your kitchen shelf and revisit those that were around a decade ago. They either took too much culinary knowledge for granted and were, therefore, of no use to the debutant cook; or contained complicated preparation processes that called for a full day spent sequestered in the kitchen with your own pestle and grinding stone. They were rarely illustrated, and when they were, their unappetising, lurid photographs of lumpy, glistening blobs seemed to have been put together by the art director of a shlock horror movie. Their dour text often prepared you more for the biology lab than the kitchen, with hair-raising lines such as: “cut out the oil sac, that little protuberance at the tip of the tail”.

Simplicity is the key in this age of store-bought ingredients and hectic schedules. “Recipes used to be so tedious; they were so detailed,” says Gujral. “But the ones in my book are easy and follow-able. Those who use them can recreate the Moti Mahal magic in their kitchens without having to run around for ingredients.”

Those ingredients had better taste “authentic”, especially when it comes to interpretations of foreign cuisine, since the well-travelled, aspirational Indian readership is not likely to be gulled by feeble approximations of the real thing. This is the audience for whom Ritu Dalmia, chef and owner of Diva and other Italian restaurants, for instance, has written Italian Khana, which intends to “make Italian approachable for Indians without messing around with the recipes”. Explains Dalmia, “My first experiments with so-called ‘kaantinantal’ food in the kitchen were with Tarla Dalal, whose Gujarati Khao Suey or Jain Baked Alaska recipes were forward-thinking for their time. But it is absolutely irrelevant today, because Indians have moved on. If they want tiramisu, they’ll want to achieve the same taste as in Italy.”

There is also a curious new class of passionate hobbyist cooks who’d like to know the whys and wherefores of everything they cook, and this has led to an explosion of intelligent, nearly anthropological disquisitions on regional food. Says food writer Nilanjana S. Roy, “There’s a rising interest in what might be called intelligent gourmandry, so your cookbook writer doubles as a food historian, like Lathika George, who wrote about the Syrian Christian kitchen, or as a specialist guide like Pratibha Karan on biriyani.” But the downside of this over-abundance of niche cookbooks is, says Roy, that you sometimes end up with “ephemeral, glossy books that probably won’t last beyond two seasons”.

Pushpesh Pant, who has written many a bible for intelligent gourmands, including the adventurous food travelogue Cuisine along the Grand Trunk Road from Kabul to Kolkata, agrees—vociferously. “Too many cookbooks today are more in the nature of coffee-table books, products of fantasy and pretension that aren’t really meant to be used, but displayed, so that their owners can project themselves as connoisseurs of food.”

These transient flashes-in-the-pan will fade from memory. But for those who derive pleasure from creating good food, rather than just talking about it, there is still an embarrassment of riches out there waiting to be sampled.