How The West Was Not Won 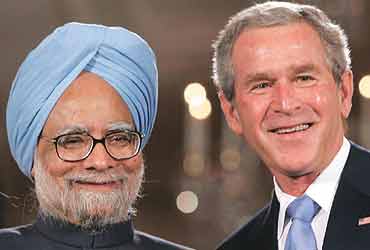 On the day following Bombay's July 11 terrorist attacks, I was having lunch in Washington with the editor of a respected centre-left American magazine. That morning Israel had begun its aerial bombardment of Lebanon. "Do you think Hezbollah carried out the Mumbai train attacks?" the editor asked me.

I mention this not to mock my lunch companion, who is a subtle and intelligent observer of the US domestic scene, but to illustrate two points about America's intelligentsia. First, most of America's opinion-shapers see all Muslim terrorist groups (although some more than others) as participating in a united global jehad against "us"—and that includes India nowadays. And second, they don't have much of a clue about India (or Hezbollah for that matter).

Which brings me to the point of this article: India, as many Indians have correctly observed, occupies a lot more American mindspace than it used to. But, so far, India does not—as some Indians incorrectly believe—occupy a prominent share of America's thoughts, or even those of its foreign policy elites.

The second observation also came as a surprise to me. I left Delhi last February, having spent most of the previous five years as the Financial Times' South Asia correspondent, to move to Washington DC, where I am now the FT's bureau chief. I came fully expecting that India would frequently enter the conversations and calculations of the politicians, lobbyists, journalists and think-tankers that dominate this town. That is still very far from being the case.

Even when George W. Bush made his brief visit to Delhi in early March to conclude the nuclear deal with Manmohan Singh, the event only hit America's front pages for one day and even then it was a page one story of only two US newspapers and not their main stories of the day. In late July, the US House of Representatives voted in favour of the India nuclear deal. This very significant moment was buried obscurely inside a couple of papers and was overlooked entirely by the main broadcast networks.

Perhaps people will take more notice when the US Senate votes on the bill later this year because only then will it acquire the force of law (assuming the Senate approves of it). But I doubt it. There are a couple of points underlying this observation.

First, if you think India is self-obsessed, then you haven't visited America recently. What happens in the rest of the world usually merits the attention of Capitol Hill and the US media only if it is directly related to America's current domestic agenda.

Given just how paranoid many Americans have become about the "global jehad" against their country, this can span a dizzying multitude of terrorist events in all sorts of unrelated places, from Moldova to Manila. But the local content of the attacks is either downplayed or edited out altogether. The locale is then forgotten until there is another incident that can be filtered through America's curiously introspective—and self-affirming—lens.

And second, Americans only really start paying sustained attention to a faraway country after the US has developed extensive trading and commercial ties with it. Without doubt, India has more extensive economic ties with the US than it did five or ten years ago. But it is still only 22nd on the list of America's main trade partners, and even that flatters India's position.

For example, America exports more to Mexico every two weeks than it does to India every year. America's exports to India in 2005 were just over US $8 billion compared to $38 billion to the UK and $41 billion to China. Total US exports in 2005 were $900 billion, of which India's share amounted to less than one per cent.

Rightly or wrongly—and probably wrongly since trade patterns are sometimes a very poor guide to a country's real foreign policy interests—the American establishment only sits up and takes notice of a country when it is either making or losing a lot of money with it. India does not yet belong in that category (neither, incidentally, does Lebanon). 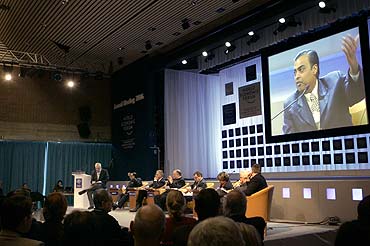 Of course, merchandise trade figures do not capture India's growing service export earnings to the United States, which now exceed $20 billion a year. There can be little doubt that this number will continue to grow sharply in India's favour while America's manufacturing exports to India will continue to expand at only a very marginal rate.

But that way lies bad news for India: in the absence of stronger Indian demand for American goods, India will sooner or later again become the focus of American protectionism against offshoring, perhaps next time for real (the last time, during the presidential election campaign of 2004, was almost entirely rhetorical).

Why am I saying all this? The main reason is because I have noticed that many Indians tend to care too much about how important their country seems in America's eyes. Admittedly, this does not make India unique. I come from a country—Britain—whose prime minister appears to have turned American attention-seeking into his sole reason for being.

But India's desire for America's attention and approbation has become unhealthily obsessional in recent years. Of course, it is important that India develops close relations with the world's sole superpower for any number of reasons. And those ties are becoming stronger all the time. But when a national media starts to exaggerate—often grossly—the degree to which their country matters in America's calculations, then that country can start to develop a very distorted picture of its place in the world. And this can refract back into distorted policy priorities.

There can be little doubt that India is emerging on the world stage and that it would take some cataclysmic event to reverse its steady rise. But India is at the early stages of a process that will take decades to play out. In the meantime, I am not alone in wishing that India would focus a bit more on other countries, such as China, and that it would also focus on the question of why America and others are not yet paying India the attention that many Indians think India is already getting.

To conclude with a prediction: the Confederation of Indian Industry will no doubt dominate next year's Davos meeting as it did with last year's brilliant 'India Everywhere' campaign. But saying it (again and again) won't make it so by itself. In the absence of sustained policies that offer convincing substance, PR campaigns inevitably face diminishing returns.

(Luce's book, In Spite of the Gods: The Strange Rise of Modern India, will be launched in India on September 5)