How The Cash Will Flow

A couple of months from now, TCS goes public. But what will it use the money for? 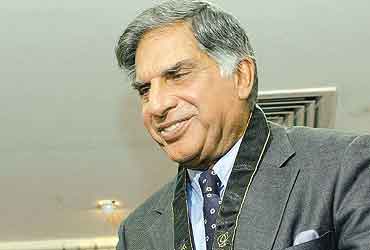 outlookindia.com
-0001-11-30T00:00:00+0553
It's official now. TCS, the largest software company in India, is finally going public. Obviously, the stockmarkets are excited about how the IPO (initial public offer) may boost the sagging sentiments by wooing both retail and institutional investors. But the one question on everyone's mind is: how will the company utilise the Rs 5,000-6,500 crore it expects to raise from the market? And that's the one question that the Tata group is not willing to answer, at least for the moment.

When Outlook called up Tata Sons, the company said it was in the "silent phase" until it receives the requisite clearances from the regulator, the Securities and Exchange Board of India (SEBI). Investment banking firms, who are part of the proposed issue, were also unwilling to talk to media. But the same day, Tata Sons' director, J.J. Irani, hinted that the proceeds of the issue will be used by the Tata group to expand in areas such as biotech, life sciences and financial services, including insurance.

That sounded like a red herring. Before we proceed on that front, it needs to be clarified why Irani talked about investments by the Tata group, and not just TCS. The reason: almost the entire proceeds of the issue will enrich the coffers of Ratan Tata's main holding company (Tata Sons), and other associates (like the Pallonji Mistry family which has always been close to the Tatas) and a couple of Tata trusts. Not a single cent may actually come to TCS.

Here's why. The IPO includes issue of fresh shares by TCS, which was a division of Tata Sons and has now become a separate entity, and sale of a part of their holdings by existing shareholders. Tata Sons, which is the majority shareholder in TCS, will rake in a whopping Rs 1,445.71 crore and, possibly, an additional Rs 832 crore. The two Tata trusts, Jamsetji Tata Trust and Navajbai Ratan Tata Trust, which too hold substantial stakes in the company, will enrich themselves by Rs 1,500 crore. The Pallonji Mistry family will get just over Rs 250 crore. Well, in all fairness, TCS too should raise Rs 2,277.50 crore by issuing fresh shares. But then this will be entirely used by it to pay Rs 2,300 crore to Tata Sons as a consideration for the assets that have been transferred to the new company.

All these, and subsequent calculations, are based on the assumption that the shares (face value: Re 1) will be sold at a price of Rs 1,000 each. Market analysts are still not sure about it since the company has not disclosed any price band. "It's most likely to be in the Rs 875-950 band," says a big fish in the Mumbai investment world. "It'll be closer to Rs 1,000," adds a broker. "Anything above Rs 800-850 will be aggressive pricing," argues an IT analyst. "I think the price should be close to Rs 900," says a research head at an MNC brokerage. All said, Outlook estimates the price band to be within Rs 800 to Rs 1000, which on TCS's full-year 2004 projected earnings would translate into a price-earnings (PE) ratio of 24-30. Other IT giants, like Infosys and Wipro, currently trade at PEs of 27 and 36, respectively.

Coming back to proceeds, it's evident that Tata Sons itself will earn between Rs 3,745.71 crore and Rs 4,577.71 crore. So, what will it do with all this money? Where will it invest? And, more important, does it really need it?

As the main holding vehicle for the group, Tata Sons has invested in most of the group companies. As on March 31, 2003, its investments stood at Rs 5,545 crore, 84 per cent (or Rs 4,669 crore) of which was in group and associate companies. In the past eight years, Ratan Tata has used Tata Sons to substantially increase the promoters' stake in group companies. In the case of Tata Power, Tisco and Tata Motors, the promoters now have an over 26 per cent stake each.This was prompted by a fear that such firms were ripe takeover targets because the promoters' holding then was low (less than 15 per cent in many cases).

Obviously, in the process, Tata Sons has also been forced to borrow huge sums. Between 1999 and 2003, its borrowings have shot up nearly four times—from Rs 850 crore to Rs 3,285 crore—largely due to an increase in short-term borrowings and raising money through debentures. As on March 31, 2003, nearly 37 per cent of its balance-sheet (Rs 8,858 crore) was in the form of borrowings, while 44 per cent comprised reserves and surpluses.

Now, a part of the TCS proceeds may be used to lower the debt burden and, possibly, further increase the promoters' stakes in several companies. Anyway, over the next three years, Tata Sons has to repay close to Rs 875 crore, mostly to debenture holders whose paper is coming up for redemptions. However, some analysts say this will not be the real purpose behind the TCS IPO. For one, the Tata Sons balance-sheet is strong and has enough reserves and surplus to repay debt and finance debenture redemptions. Two, says Prithvi Haldea, MD, Prime Database, the objective of the issue has to do more with making TCS public and getting an attractive valuation for its scrip.

In addition, the group needs to invest huge sums in some of its more recent operations in areas like telecom, power and automobiles. So, for firms like Tata Teleservices, Tata Power and Tata Motors, the IPO proceeds will be a big bonus. Group sources indicate that Tata Teleservices needs to pump in $2 billion to boost its telecom infrastructure in order to roll out services in new circles, which include Bihar, Haryana, Himachal Pradesh, and Calcutta. The company's time-frame for this has a horizon of not later than end-2004. Says Jaideep Goswami of hdfc Securities, "Money from the IPO will be used in the telecom venture. This year itself, it needs between Rs 4,000 crore and Rs 5,000 crore. But one cannot rule out some 2-3 per cent creeping acquisition in a few listed (group) companies."

Ratan Tata may also decide to lend a helping hand to Tata Power, which plans to invest "about Rs 6,000 crore over the next five years towards capital expenditure for new projects, existing businesses, acquisitions and investments in joint ventures," according to a company spokesperson. For example, it has signed a JV agreement with National Power of Saudi Arabia to set up a 100-MW plant, another with PowerGrid Corporation for a 1,200-km transmission project, and has evinced an interest in buying the Dabhol power plant that was owned by the now-bankrupt Enron.

It is common knowledge that Tata Motors will be a huge money-guzzler. The company used up a whopping Rs 2,000 crore to launch the Indica. Now with Ratan Tata's eyes trained on launching the cheapest car in the world, for Rs 1 lakh or less, fresh monies will be required for this venture. Then again, the company's blueprint envisages roping in rural vendors to assemble the new, cheaper model and that will require it to assist these vendors, both financially and technologically.

Viewed against these kind of fund requirements, Irani's statement that the money will be used for operations in areas like biotech and life sciences sounds strange. For one, there are no concrete plans for these new sunrise sectors. Two, the money needed for them will be small change, not more than a few hundred crores of rupees. So, Tata Sons really had no need to raise 20-30 times those amounts. Even in the case of insurance and other financial services, there won't be too much demand for investments.

All the options we have talked about till now are the obvious ones; those that are in the public domain. But there could be a larger vision behind the TCS IPO.One that has largely gone unnoticed. As long as TCS was a division of Tata Sons, most of the latter's income and profits came from the software operations.With TCS out of its ambit, Tata Sons will have an income of just Rs 440 crore (based on its 2002-03 balance-sheet). Although it will have investments of Rs 5,545 crore, most of them are in group and associate companies, and will not be sold.

Therefore, Tata Sons will have to look for a new, larger role. With a fund base like this, it can go on a drive to consolidate all (or most) of the group's holdings in a single entity. With that in place, whoever controls Tata Sons would directly lord it over the entire empire. Five years from now, when Ratan Tata retires as the chairman of Tata Sons, he could still retain control by virtue of being in charge of the various Tata trusts that currently own a majority holding in Tata Sons. So, all in all, is the TCS IPO nothing more than part of Ratan Tata's retirement plans?