How Small Were We

The Indian small town has been wiped off the map, the measured hopefulness of its middle class replaced by an acquisitiveness unchecked by social concerns, propelling itself on the twin cylinders of fundamentalist politics and global capitalism 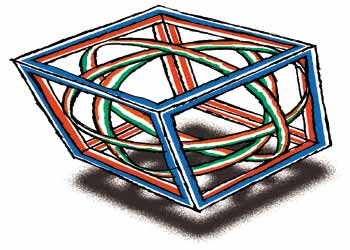 illustration by Jayachandran
Siddhartha Deb August 20, 2001 00:00 IST How Small Were We

outlookindia.com
-0001-11-30T00:00:00+0553
In the obituaries and retrospectives that followed in the wake of R.K. Narayan's death some months ago, it became evident that what was being mourned was as much a place as a person. That the passing away of Malgudi should become an occasion for nostalgia is not surprising. After all, it was the locus of Narayan's art for the greater part of a century, and the chronicling of Malgudi was also a charting out of what it meant to be a modern Indian. Yet this exemplary role that Malgudi seems to have played in our collective imagination is unusual, if only for the reason that the small town has never been a significant entity or idea in India.

It is not difficult to see why. The terms of the debate were set well before Independence by Gandhi and Nehru, and their contending visions seized upon the opposing poles of the country and the city. In their situation, it made sense. Not only were the small towns economically and culturally insignificant, but ideologically too they were contaminated. The typical Indian small town is for the most part a colonial creation, a stronghold and outpost of the expanding network of British modernisation whose very topography was marked by the desires of the ruling class.

This was certainly true of Shillong, where I grew up, but I am sure that the features I can recall—town club, missionary school, civil hospital, cantonment area, bus station, park are immovable, defining fixtures of other towns also, dispersed across the country. In Malgudi, too, these characteristics are a given; all that its leaders can do after Independence is rename the parks and roads and then leave them to entropy.

To live in a structure created by foreign rulers makes for a very strange sort of Indian, and the middle class that inherited the colonial small town shared much of the concerns of its predecessors. The small town was, by all accounts, the sane middle ground between the anarchy of the city and the darkness of the village, and it bred an inherent distrust for big ideas and rapid change. But this insularity was countered by an awareness of being invisible in the master narrative of the nation; things happened elsewhere, in the hinterland of great votebanks and in the cities shored up with money and power.

The more attractive features of a small-town sensibility probably emerged from this play of opposing feelings, the relief at being left alone checked by the sense of being left out. When the first televisions appeared in the early eighties, and when our Assamese neighbour was the only one with a television set, it was common for nearly a dozen of us to gather there every Sunday morning. And in that drawing room, among the food and talk and cups of tea, there was both a sense of community and a grappling with the idea of progress.

That period around the Delhi Asian Games, when transmitters sprouted all around the country, was probably the culmination of small-town identity. As usual, much was made of the fact that the television had reached Indian villages, but it was the small towns that were the perfect recipients of those centralised programmes beamed out by Doordarshan. State television had something of the effect that Benedict Anderson, in his book Imagined Communities, ascribes to newspapers in emergent nations—a way of threading together disparate spaces at the same moment in time. For a while, it was possible and even inevitable for all of us in Shillong and Bokaro and Baroda to switch on our sets at the same time and watch the same programme, a community predicated on the possibility of limited choice. And unlike Bombay cinema with its faithful representation of the country-city dichotomy, Doordarshan programmes even managed to portray small town life, including a televised version of Malgudi Days.

That way of living seems quaint, even archaic, when looked back upon from such a distance. Barely twenty years later, the Indian small town has been wiped off the map, the measured hopefulness of its middle class replaced by an acquisitiveness unchecked by social concerns, propelling itself on the twin cylinders of fundamentalist politics and global capitalism. In this race, it seems very clear, there are no places or people that can afford to remain small or intimate.

This is not to say that the Indian small town needs to be mourned indefinitely, or that it should be idealised for the sake of mere nostalgia. If it needs to be commented upon, perhaps in no more than a footnote, it is only so that we have some account of the things and places left behind in our dizzying rush forward, our destination yet unknown.