How Do You Say ‘Software’ In Gujarati? 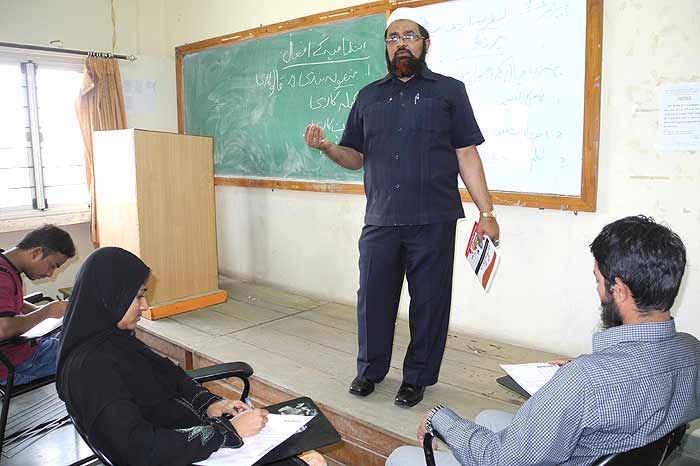 It caused great furore at New Delhi’s Jawaharlal Nehru University—and even in Parliament—when researcher and journalist Ved Pratap Vaidik rebelled and earned for himself the right to write his PhD thesis in Hindi. That was in 1966. Over four decades later, the demand for greater opportunities in higher and professional education in Indian languages finds resonance again with the campaign mounted by Baba Ramdev, who, unsurprisingly, counts Vaidik as one of his advisors. Notwithstanding the context of the yoga guru’s strident harangue against education in English, his demand is not without reason when one considers higher education.

It’s a fact that the Centre and state governments have perpetuated an inequity that favours English-educated students by offering professional courses, especially scientific and technical ones, only in English. Ganesh Devy, who heads Bhasha, a Baroda-based trust dedicated to the conservation of languages, says there is an entrenched bias that mandates that science and technology can only be taught in English. “A careful scrutiny of this bias is not without merit,” Devy adds.

He points to two instances of such prejudice: noted educationist J.P. Naik was denied permission to set up a Marathi medium technical education institute in Gargoti by the state government. Also, the Ahmedabad-based Gujarat Vidyapith was at first not allowed to teach technical courses in Gujarati. While Naik went on to set up an institute that teaches in English, Gujarat Vidyapith had to struggle for decades before introducing any science course in Gujarati.

The Centre, state governments and regulating authorities like UGC and AICTE are now making an exception. Even on campuses like the Mahatma Gandhi Antarrashtriya Hindi Vishwavidyalaya (MGAHV), Wardha (Maharasthra), and the Maulana Azad National Urdu University (MANUU), Hyderabad, created in the ’90s to further higher education in those languages, efforts are but slowly gathering force. M.M. Mangodi, who coordinates the MBA programme at MGAHV that began in 2009, argues that most firms work in Hindi. “And as MNCs try and reach out to the public, our course will have greater relevance. We were encouraged by the numbers; this year we have over a thousand students,” he adds.

At MANUU, Mohammed Irfanul Haque, who’s graduating with an MBA this year, says studying in Urdu, his mother tongue, has helped him grasp key concepts better. So that they are not at a complete disadvantage, students here are also taught in English. Trends so far indicate an encouraging response from industry. “Over 70 per cent of outgoing students have been placed,” says Badiuddin Ahmed, the head of the department of management at MANUU.

Interestingly, fluent English speakers are enrolling too. Sharafat Hussain, Haque’s batchmate, gave up a coveted place in the English-medium Institute of Public Enterprise to pursue his MBA in Urdu instead because of his love for the language. “I do not, in any way, feel inferior,” he says. In fact, armed with Urdu equivalents of MBA jargon like human resources (insani wasail) and customer perception (sarifeen ka idrak), Hussain thinks he’s a better bet as firms reach out to customers who express themselves best in Urdu .

With education being a state subject, Tamil Nadu has achieved what many other states haven’t probably thought of. After the government there scrapped the Tamil Nadu Professional Courses Entrance Examination in 2006 there has been a surge of Tamil-medium applicants in the alternate system based just on marks obtained in Class XII. “This is because rural students did not have the edge that city students had from coaching classes,” says M. Sekar, dean of the College of Engineering (CEG), Chennai. In 2010, about 40 per cent of the applicants were those who had finished school in Tamil. This has gone with parallel efforts at introducing Tamil-medium professional courses at public engineering colleges. Not far away, in Bangalore, the upcoming Indian Institute of Human Settlements, an urban planning school, is toying with the idea of teaching in as many Indian languages as possible as it seeks out sustainable models from the grassroots that suit local conditions best. 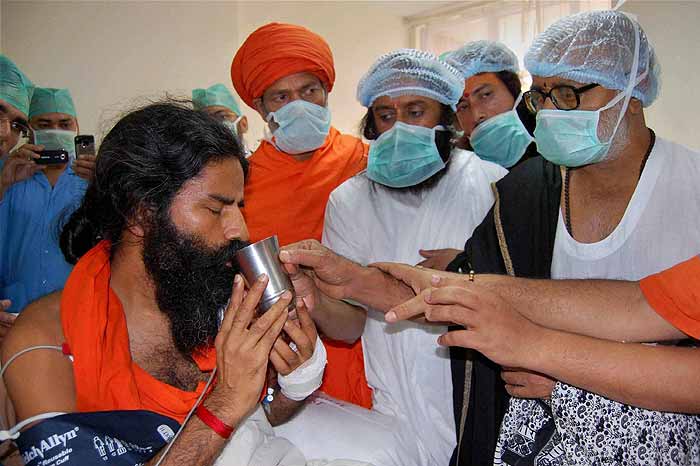 Only Hindi The ‘monolingual’ Ramdev

Reacting to Ramdev’s demand, the government has decided to speed up the work of the Commission for Scientific and Technical Terminology and the National Translation Mission at the Central Institute of Indian Languages in Mysore. The HRD ministry has also asked AICTE to try and find out ways to increase the use of Indian languages in technical education. One way to do this could be to ask National Institutes of Technology to introduce courses in local state languages.

But there are pitfalls as we go about making our campuses more multilingual. Foremost is the need to ensure that this linguistic churning benefits speakers of languages other than just Hindi. Moreover, those working on translating technical texts have to decide how much they should pick from English so as to avoid overwhelming Indian languages with borrowed vocabulary. And why can’t Indian languages borrow from each other instead of only English? For instance, Hindi may not have the equivalent for a particular word in English but other Indian languages may. Shouldn’t translators dig deep into Indian languages to come up with the best fit?

Over time, the isolation of Indian languages from contemporary discourse in science and technology means they are deemed fit only to express non-scientific ideas. This has led to a situation where the vocabulary and traditions of indigenous science, instead of being enriched by use, are lost in moth-eaten hardbound volumes tucked away in crumbling libraries. If things were to remain this way for long, Devy says that Indian languages and Indians would be rendered poorer by the loss of scientific ideas and traditions that have sprung forth locally. “This way we are never going to produce an Indian Antoni Gaudi. With professional education only being taught in English, all we produce will be copies of others.”

A Dissonance In Saraswati’s Divine Veena