How Did They Find Way Into The System?

Signs of a rot showed earlier too. This time, judges have painted themselves into a corner. After all, selection to the superior judiciary hasn’t ever been foolproof. 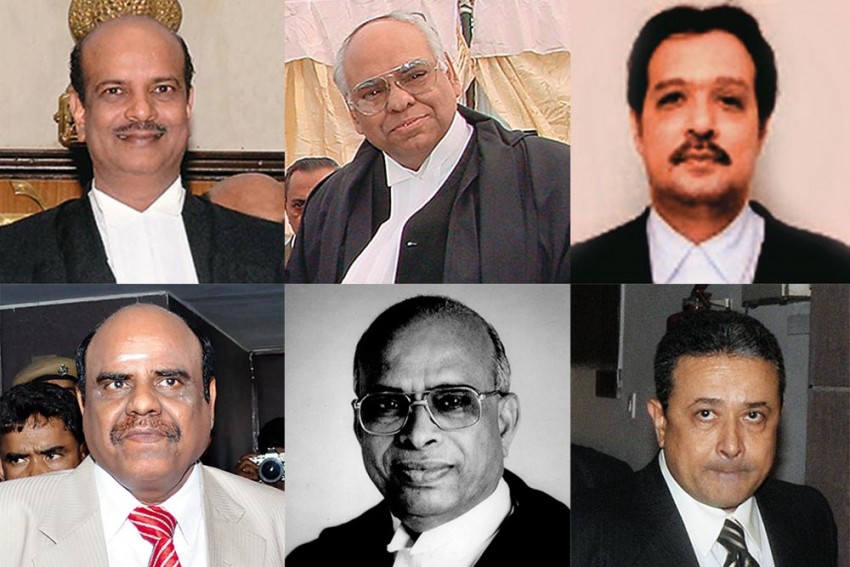 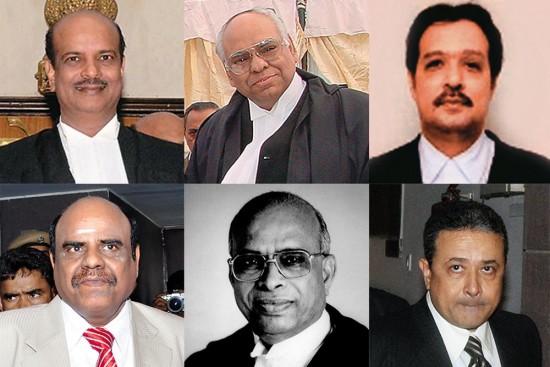 The judiciary, specially the Supreme Court, is a much respected and admired institution in our country. We, as a nation, are so proud of it that we dislike even questioning its set-up and working, even though many of us know that its functioning is far from ideal. We like to believe that the Supreme Court is a haloed temple of justice with judges being its erudite high priests. Proclivity to be over-questioning or over-critical of the courts in general and the Supreme Court in particular is also curbed by the salutary eff­ect of the provisions for conte­mpt of courts! So, on both measu­res—carrot and stick—we believe, like to believe, are conditioned to believe and fear believing otherwise, that the wisdom and integrity of the court and its judges are bey­ond reproach.

It is in this background that the recent press conference by four senior-most Supreme Court judges came as a huge shock to everyone. The common man, not over-­acquainted with the working of the judiciary, was plainly rattled to see the self-generated halo around the Supreme Court slip, more than a little. To others, such as lawyers and those more familiar with the Constitution and functioning of the judiciary, the shock was of a different kind. It was long known that severe ills beset our judiciary, but what actually happened on January 12 was not expected. On the flip side, the initial silver lining to this unprecedented event was a belief—it proved only to be fleeting—that the judiciary was in the throes of severe self-correction and that significant reforms would follow, soon. Such a drastic measure, one would have thought, could only have been to usher in some much-needed correction in the functioning of the judiciary. However, the judges, unbelievably, backtracked from the theatrics the very next day. Now, suddenly, there were statements that there “was no crisis” and that “matter would soon settled”. If that indeed was the case, the lesser the need to have made a spectacle of Supreme Court judges seeking redressal by public exposure, at a press conference, of issues related to court management!

First, talk of selling one’s soul, manipulation of other kinds and hinting at mischief in CBI judge B.H. Loya’s death—and the next day, business as usual!! Difficult to say which was more shocking: the denudation or its immediate retra­ction? So what really happened? I guess, no one will ever know the truth. However, beyond the headlines and rumour-­mongering to which the spectacle richly lent its­elf, there is, indeed, an important and obv­ious message in the episode: all is far from well in our judiciary. The danger is that, like in the past, this incident may also simply arc­hive itself and fail to be a watershed to serious introspection by all stakeholders, reg­ar­d­ing the set-up and working of the superior judiciary. Anyone, least of all the judiciary ­its­elf, who overlooks this convulsion, and swe­eps it under the carpet, on the pretext of pres­e­rving the propriety and image of the Sup­reme Court, and fails to diagnose and treat the underl­ing malaise, would be no friend of the judiciary.

In the past, we have turned a blind eye to lesser symptoms of things being seriously amiss. We failed to learn from incidents such as in the case of Justices V. Ramaswamy, P.D. Dinakaran, Soumitra Sen, B.K. Roy, J.B. Pardiwala and last, but not the least, Justice C.S. Karnan. How did judges such as these manage to get appointed and make their way up the ranks?

These are the ones who came in public gaze but there are many more under the radar line. A small but growing number of judges of dubious calibre and integrity—and a huge capacity for intrigue—are giving the many judges who labour manfully to discharge a constantly increasing burden of administering justice a bad name. Indeed, an honest, upright, hardworking judge is the biggest victim of the falling image of the judiciary. What would’ve happened if four citizens of the country met the press and cast aspersions on the apex court and the entire judiciary?

“The best lack all conviction, while the worst are full of passionate intensity”. This finds true mirror in our judiciary. Good, upright judges are steadily being overwhelmed by more politicised and intrepid of their colleagues, who are more given to intrigue than discharge of a constitutional calling. The moot question is, how did such judges find their way into the system, today held hostage by them? The answer is simple. It is known to most, but acted upon by none.

The process of selection of judges to the superior judiciary is not foolproof. Certain undeserving candidates have made the rank as judges. The bigger problem is that there is no effective way to deal with such judges. Not only such judges tarnish the image of the judiciary with their unbecoming actions, they also help pull in and have selected more of their own sort. The general public is scared to complaint about such judges, and even if complaints are made these are never acted upon. Meanwhile the “rotten apple” judges make their way up the judicial ranks and may become chief justices of High Courts or even be elevated to the Supreme Court. The higher such a judge goes, the more harm to the system he can cause. Even if the judges’ colleagues know or suspect his integrity or capacity, there is not much anyone can do.

This is the biggest bane of the judiciary. The shield of a protected tenure, of immunity from prosecution and accountability to no one—all necessary adjuncts of a free and independent judiciary—perversely work to the benefit of the judges who got “wild card” ent­ries to consti­tutional appointments. So, once an undeserving judge is appointed, one has to live with the consequences—with no red­ress. In this regard, the case of Justice Karnan is worth noting. In its course, some journalists attempted to find out on what basis he had been appointed. All senior judges spoken to said that though they had recommended his name, it was possibly done only verbally. None could specify the outstanding qualifications on acco­unt of which Justice Karnan was appointed. It took a seven-judge Supreme Court bench to bottle the genie they themselves had created. He was held guilty of criminal contempt of the court and sent to jail for having lowered the authority of the court and obstruct the admi­nistration of justice.

Purely from a legal perspective, now. What would have happened if four citizens of the country had held a press conference and denegrated the Supreme Court by casting aspersions on the institution itself as well as individual judges? Surely, they would have been held guilty and punished for criminal contempt of the Court. The troubling question that arises is, how would one classify and deal with the January 12 press conference? Are, therefore, judges above the law they themselves administer? Now consider another scenario. What if senior secretaries to the government or any generals do something similar? Would they have been allowed to get back to office next day and continue as if nothing at all had happened? Or is it that no one can interfere with the working of the judiciary, other than, ironically, the judges themselves?

Alas, the unprecedented public venting has done nothing other than add another dimension to the many systemic ills of the superior judiciary. And the judiciary has none to blame, but itself. Having taken on the complete onus of appointing, transferring and promoting judges, the superior judiciary cannot today pass the buck to someone else or sermonise about good adm­inistration. The judiciary has painted itself into a corner. The nation will be watching closely—and judging—as it tries to extricate itself out of an imbroglio enti­rely of its own making.

(The writer is a senior advocate practising in Delhi.)

A Gavel In The Voting Ring