Home  »  Magazine  »  International  » diplomacy: india-pakistan »  How About A Perma-Thaw?

Pakistan’s military softens its stare at India. Cold tactical needs may have forced a smile. 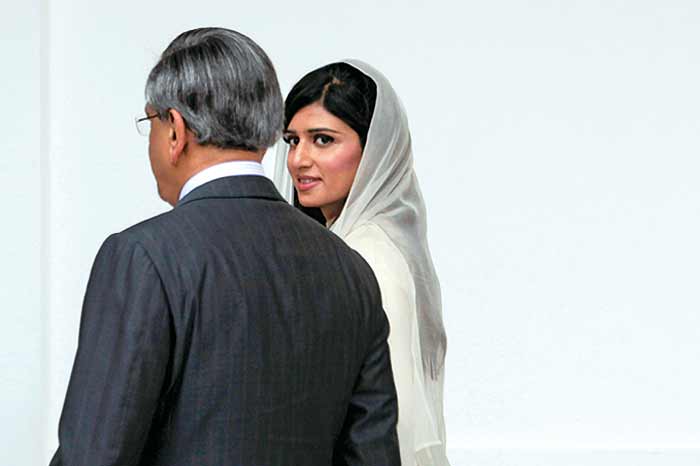 Pakistan’s Northern Areas, accidentally, were experiencing unusual weather for October—the normally azure sky has been mostly cloudy, and the region has witnessed storms and rains, even light snow, in the mountains. In the inclement weather, an Indian air force chopper strayed into Pakistani airspace this week, fanning a giddy expectancy at once. Considering the past patterns of behaviour involving the two countries, many here girded themselves for a typically acrimonious joust, underpinning which would have been accusations of espionage against the Indians and their protestations of innocence. In their tortured relationship, nothing is accidental.

It was consequently a surprise to hear Gen Athar Abbas, DG at the Inter Services Press Relations, declare as soon as the news about the Indian chopper was flashed: “The pilot is safe and remains in safe custody.” The chopper was compelled to land in Skardu, the crew was questioned, and after the Director-General of Military Operations of the two countries talked over the hotline, the Indians were allowed to return (after the chopper was refuelled by the Pakistanis) in less than five hours. Incredible, isn’t it? India’s ministry of external affairs promptly tweeted, saying it was ‘relieved’ and ‘greatly appreciated’ Pakistan’s gesture.

The incident went viral on cyberspace. Aneela Zeb Babar, a Pakistani, wondered whether Pakistan’s gesture was akin to a Diwali gift. Well, if it was, she noted, “Badaam ki thali and two diyas would have been a cheaper, no? Still calculating petrol costs at `90 a litre.” And Smita Prakash, an Indian journalist, wrote, “Good weather between Pak-India, even if bad otherwise.”

In a more serious vein, Pakistani newspapers commented on the change in the military’s attitude toward India. The Daily Times wrote, “Let’s hope that the military establishment is finally able to realise that peace with India and other neighbouring countries will go a long way in bringing peace and stability to Pakistan and the region.” But is it realistic to base such (knee-jerk) optimism on a solitary incident?

The question is essentially flawed, because the dark clouds that perpetually menace Indo-Pak relations began clearing months ago. Had the Indian media been less animated by foreign minister Hina Rabbani Khar’s Roberto Cavalli shades and Hermes Birkin bag, they’d have noticed Islamabad’s new resolve to give peace another chance. For instance, the joint statement announced a bilateral parley between the commerce ministers of the two countries. In their subsequent meeting, the first in 35 years, they expressed hope of soon doubling the bilateral trade to $6 billion a year.

As its western border needs more troops and attention, Pakistan finds it imperative to have a quieter eastern border.

There were other presages of change too. Khar returned from New York in September gloating over the fact that for the first time the Indian external affairs minister attended the reception Pakistan hosts for foreign ministers attending the UN General Assembly. She also assured that India was to withdraw its objection to the European Union’s decision to allow Pakistan to export for three years the 17 items it couldn’t earlier. The EU had lifted the ban in an attempt to alleviate the plight of Pakistanis reeling under last year’s devastating floods. India had filed objections in the wto, fearing its textile industry would be adversely affected. The improbable new deal in Indo-Pak relations manifested in another way too last week—India voted for Pakistan in the election to a non-permanent seat in the UN Security Council.

But nothing exemplifies the change in the relationship more than Pakistan promising the Most Favoured Nation (MFN) status to India. In addition, a draft visa agreement had been finalised to grant businessmen and senior citizens multiple-entry visas and allowing visits to five cities to those in other categories. The decision on the MFN vividly illustrates the military’s turnaround, oppo sed as it had been for long to the same. This is why the Friday Times asked: “Is this a paradigm change or the Pakistan military is looking upon it as a tactical necessity?” 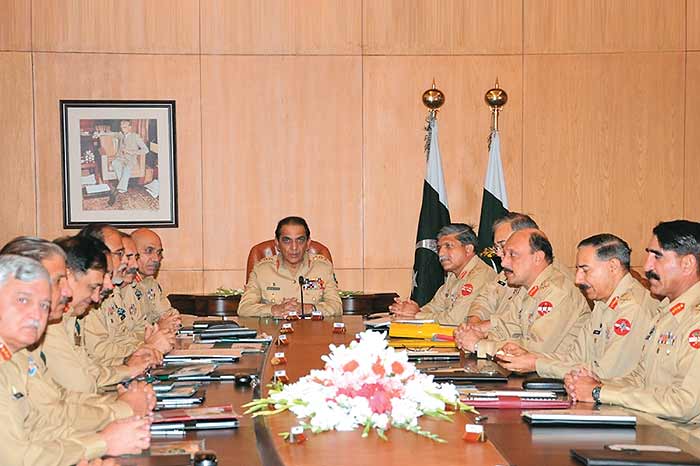 The issue of tactical necessity arises because Pakistan’s western border has been taking up Islamabad’s mindspace. Not only are US troops massed there, Gen Ashfaq Kayani knows his resources will have to be committed there for years as Washington pulls out of Afghanistan. Islamabad has already moved troops from the eastern to the western border. It’s consequently imperative for Pakistan to have a quieter and stable eastern border. In addition, the country’s economy is in dire straits, the US is threatening to cut off financial assistance, and the imf is refusing to do business with Islamabad.

As Pakistan Muslim League (Q) leader Mushahid Hussain told Outlook, “Kayani cannot fight on multiple fronts, he has to cool down the eastern front. Tactical move? Unfortunately, yes, because most Pakistani and Indian moves are tactical. Nothing is permanent.” He says India too is responding because the UPA government is currently weak, the Maoist insurgency is taking its toll on New Delhi, and the Americans have mounted pressure on India to respond to Pakistan’s overtures.

Tactical the shift in the military’s position may be, but many Pakistanis hope the change is enduring, as it would undeniably benefit the country. As Shada Alam, a Brussels-based commentator, observes, “If Pakistan can be friends with India, and other neighbours, it may one day be able to stop relying on its dubious military ‘assets’, abandon the array of militant groups to their fate, and join the club of modern states which focus on the economy, exports and investments to become strong, prosperous and secure.” Such a change will surely have the support of the younger generation, says Arsala Jawaid, an assistant editor with the Southasia magazine, for the Pakistani youth has become global, interacts with its Indian counterparts through social media and educational institutes, and considers the domestic jehadi movements a critical threat to the Pakistani state.

The Pakistan military’s new attitude has had an echo in the Kashmir valley as well. Hurriyat hardliner Syed Ali Shah Geelani has expressed his willingness to consider an offer of talks from New Delhi, and chief minister Omar Abdullah has publicly said that a permanent solution to Kashmir isn’t possible without an active engagement with Pakistan. Perhaps these voices are a cue for the ipl to allow Pakistani cricketers to play in the T20 tournament, a step that, if taken, would—more than any turn of statecraft—endear India to millions of cricket-crazy Pakistanis.

A Detox For The System